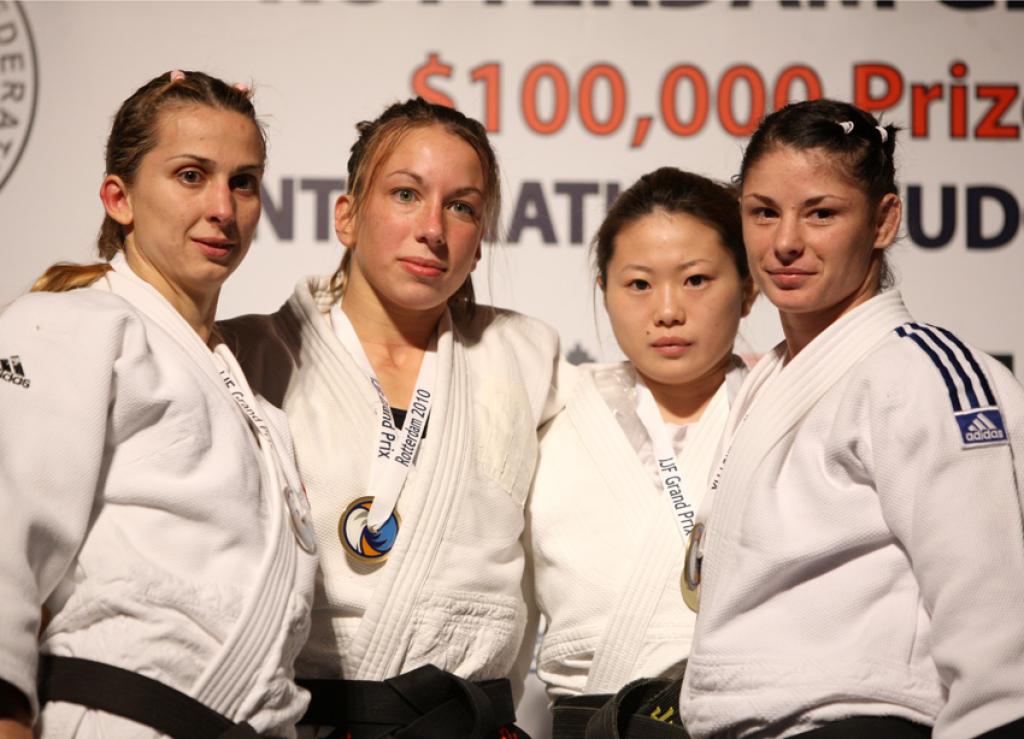 At the IJF Grand Prix in Rotterdam five winners of different countries at day one. A good victory for Belgium U48 where Charline Van Snick defeated Olympic Champion Alina Dumitru in the final on Friday. Van Snick also defeated Emi Yamagishi from Japan, the winner of the Grand Slam in Moscow this year. Van Snick also won bronze at the European Championships in Vienna.

In the U52kg category Jaana Sundberg from Finland won her first gold medal at a World Cup or GP/GS. This year she won the silver in Birmingham but in Rotterdam she was able to overcome Laura Gomez from Spain in the final. Before that she also defeated Spanish Ana Carrascosa. It was only the third victory for Finland ever, Maarit Kallio won U48kg in 1998 (Minsk), Niko-Tapio Niemela won in Tallinn U66kg in 2008.

Finally a Japanese victory, in this case for Aiko Sato who defeated Marlen Hein in the final U57kg. Two Germans on the stage as Viola Waechter added another bronze medal this year.

In the men’s Section Amiran Papinashvili was superior over Austria’s Ludwig Paischer U60kg. Dutch favourite Jeroen Mooren finished fifth when he lost to Serio Pessoa (CAN). Elio Verde picked up bronze this time.

Russia won the last gold medal. In the men’s U66kg division it was Mikhail Pulyaev who won his second ever World Cup. In 2008 he won in Baku, now he overcame Francesco Faraldo in the final. Miklos Ungvari won bronze at his 30st birthday. Not a single medal for the host country, but that should change on Saturday when the strong women U63kg and U70kg show up.
The Elmont brothers can heat up the Topsport Hall even more.