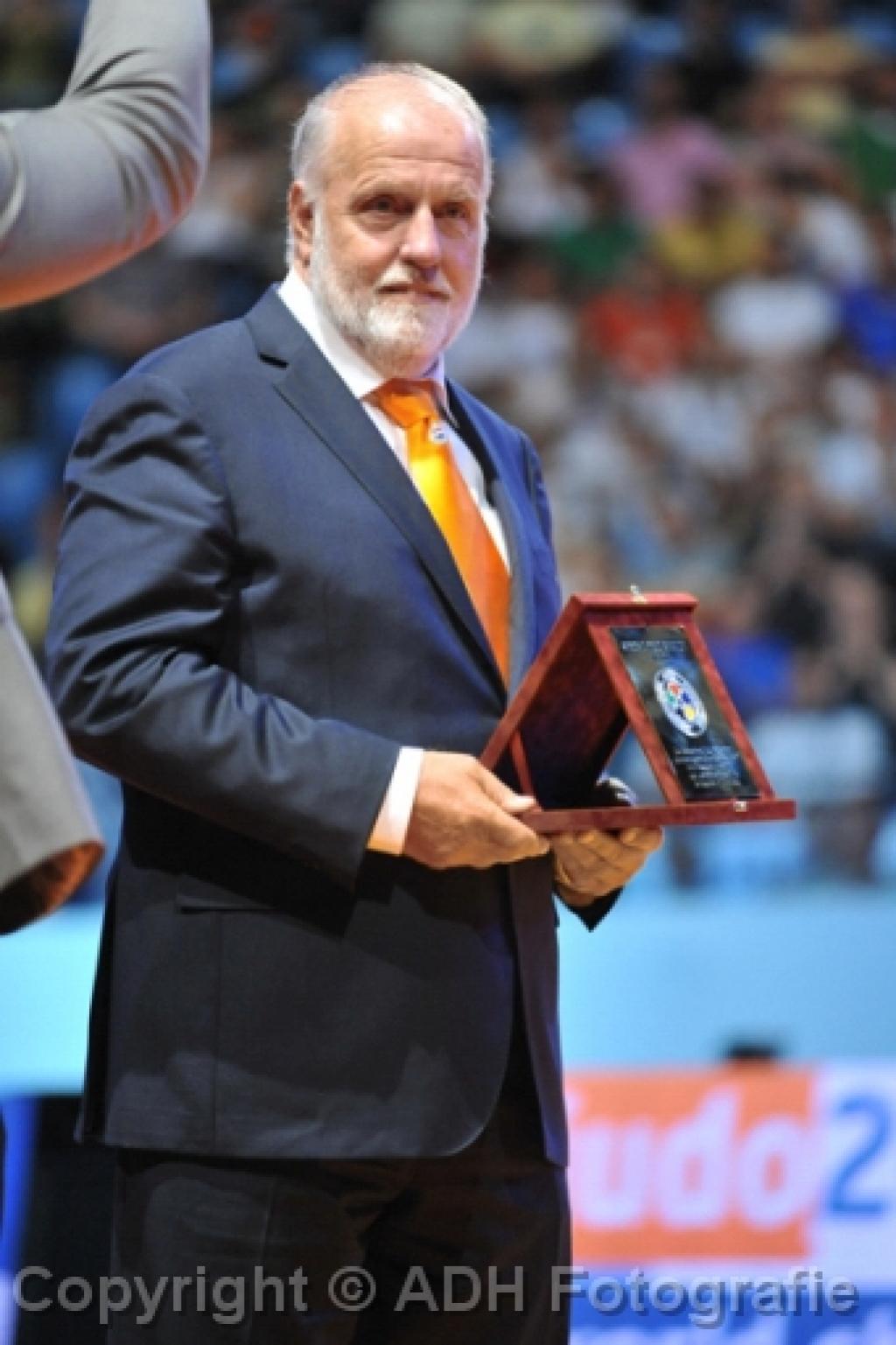 Cor van der Geest will leave the Dutch Judo Federation before the end of this year. The 67-year old technical director and father of Dennis and Elco van der Geest, retires and gives space to a successor.

“I don’t see myself another four years in this function. In an Olympic sport such as judo, this is the right moment to pull back” according to one of the most characteristic coaches in the world.
“I will leave when there’s a good replacement. A good sponsor would be a great gift”

Dutch president Jos Hell understands the choice of Van der Geest. “He has done an amazing job in judo and is an eyecatcher in judo. He is the only one to make this decision and we respect that.

The Dutch federation is therefore looking for a successor for Van der Geest who was president of the technical staff since 2001 and technical director since 2008.
With its strong national and international reputation, the Dutch Judo Federation states the ambition to
achieve sustainable podium results at World Championships and Olympic Games. To lead to the implementation and further development of the sports programs, the Judo Federation (JBN) is looking for an inspiring and binding figurehead with authority for the position of high performance director in a full time job.

Read more about the vacancy below.