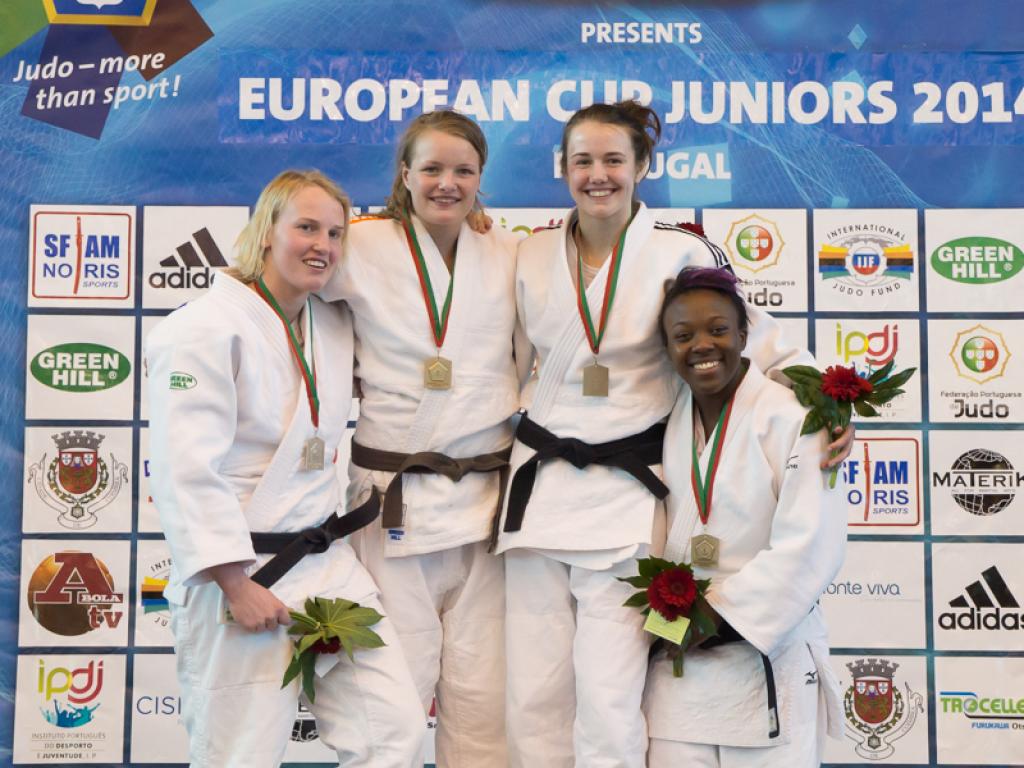 The Dutch domination continued on the second day of the competition, with 4 gold, 3 silver and 4 bronze medals won by juniors from the Netherlands.

Good performances also from the British and Austrian teams, who claimed 4 medals each. Judo fans who gathered in the Coimbra Multidesportos Sportshall could witness a nice final match between Rico Harder from the Netherlands and Louis Krieber-Gagnon from Canada in the under -81 kg, marked by a strong ouchi-gari ippon of the Dutch. Another exciting fight was a bronze medal confrontation between Miriam Pane Alemany from Spain and Lubjana Piovesana from Great Britain, decided in the third minute of Golden Score with an impressive waza-ari throw by Spanish athlete. Portugal finished the tournament with the total of 9 medals, adding to the victories from yesterday a silver of Fausto Ferreia in the heaviest weight category. Coimbra will be welcoming another European Cup next month, between 12 and 13 of April, this time for cadet age group. Watch the photos in our media gallery:

The full results can be found in our results section.