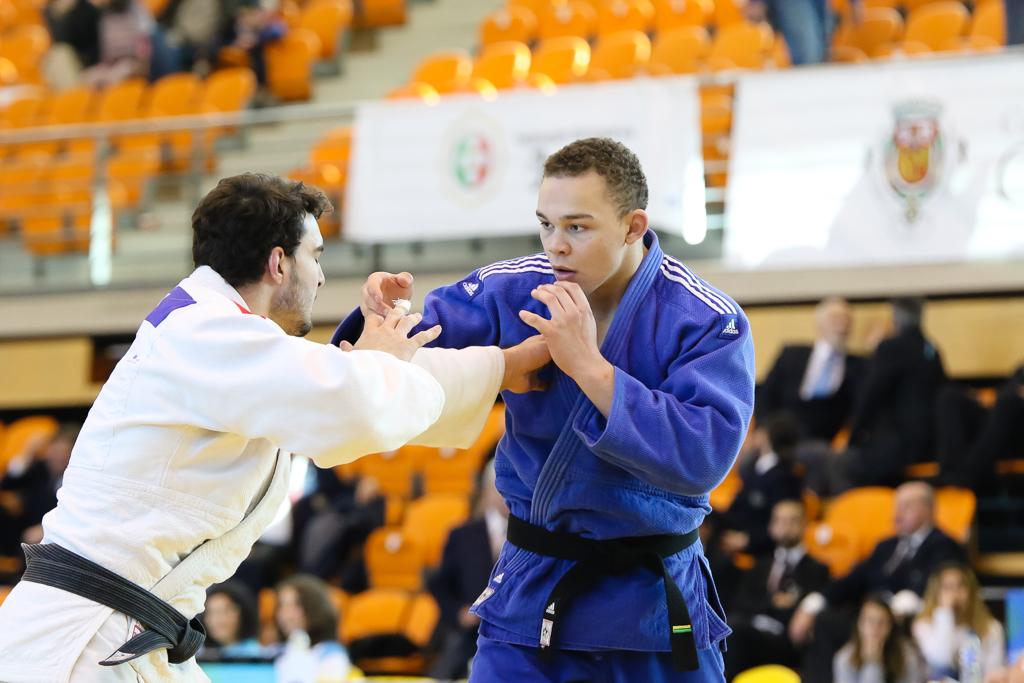 New record was set today on the second day of Junior Cup in Coimbra – over the weekend the Dutch team claimed ten gold medals. Once again, the “Wilhelmus” was the most played anthem of the competition. Would those orange seats that fill Mario Mexias Sports Hall have something to do with that? “I think so!” laughed Edwin Steringa, Dutch head coach. “What is the secret? We come to Coimbra with a very big group so naturally there is lots of chances for medals.This is the first competition of the year and we bring many athletes. Then, further in the season, we make a selection to pick the final group for European Championships. We like to come to Coimbra, it is a good tournament to start a year”. The biggest surprise in the “orange” team was Sanne Vermeer in -63kg, who beat in the final Lubjana Piovesana (GBR), last year’s winner. “She is a Cadet World Champion but it’s her first year in juniors and she won against strong opponent in the final” added Steringa. On the other hand, not so surprising for the coach was the victory in -100kg of Simeon Catharina, also a Cadet World Champion.

Portugal finished the day with two silvers and one bronze. “The event was great. Portugal achieved very good results, after all we won more medals than last year” said José Manuel Costa e Oliveira, President of the Portuguese Judo Federation. “It was also a great success in terms of organisation. Portugal is a very competent organiser and I think it would be fantastic to organise European Championships in the future” he added. Coimbra will be back on the EJU calendar with the Cadet European Judo Cup, which will take place on May 28-29.