DUTCH TEAM RETAIN THEIR LOFTY POSITION IN THE MEDAL TABLE 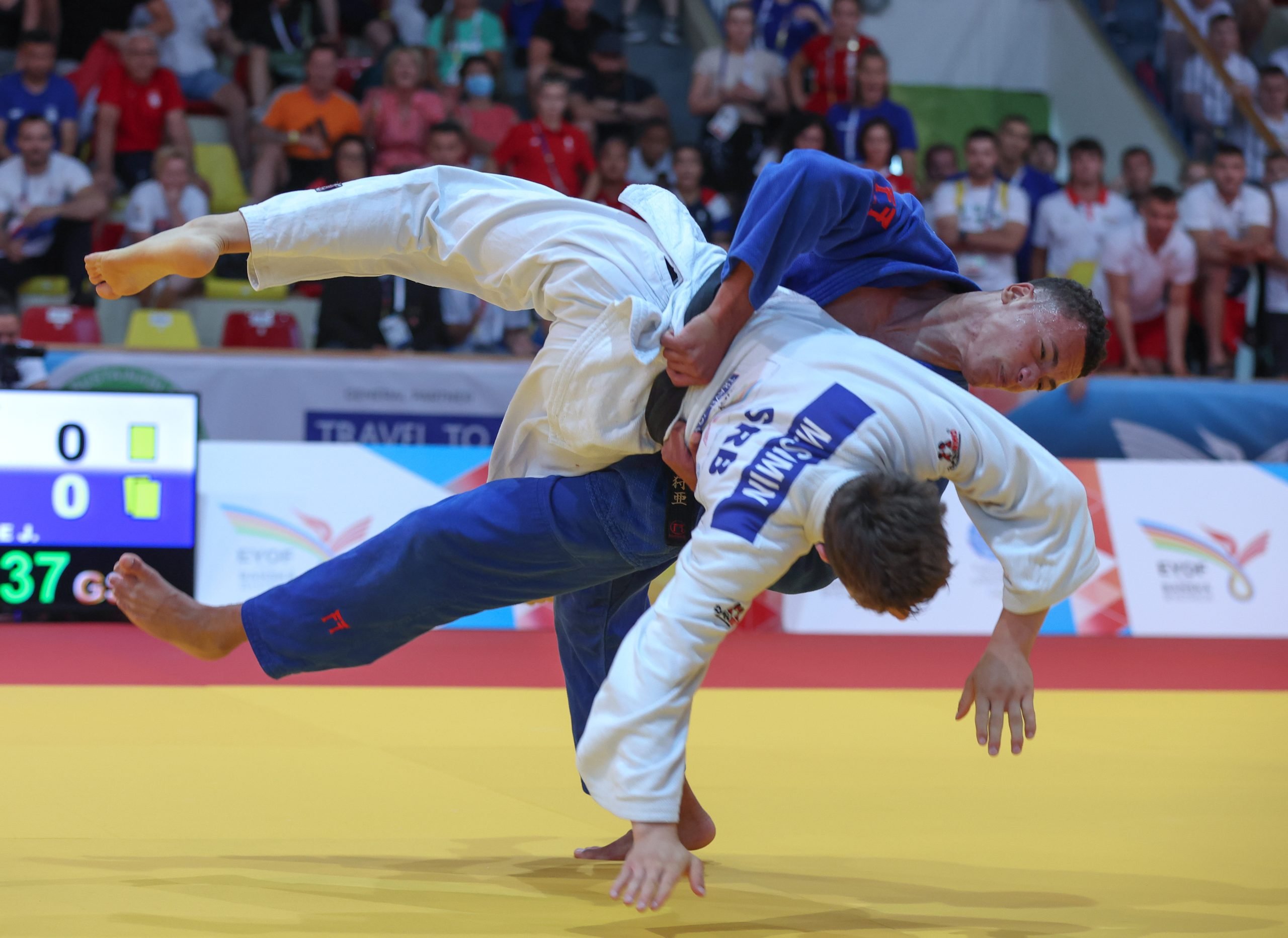 Before we delve in to the eventual EYOF champions of day two, we must recognise the contest of the day, the -73kg bronze medal contest between Mariyan PAVEL (BUL) and Ivan KAZIMIROV (UKR). Both proved they were able to throw, earning a waza ari each, and both just as able to play the tactical game, with both forced to pick up two shidos, now this was still the case an exhausting nine minutes in to golden score, and when mate was called, the entire arena was cheering on the pair who had not taken their feet off the gas for a second. At 9:33 GS, 13 minutes and 33 seconds of contest time altogether, Kazimirov took a deep belted grip and stole the match with a low uchi mata, his last ounce of energy for a hard earned bronze.

Of the pair, Gomez was most definitely shorter in stature however she used her shorter levers to ensure her opponent Nivasic could not escape her quick o soto, closing the space between them and putting the first waza ari on the board. The 18 year old Spanish athlete played a great gripping game, Nivasic was simply unable to land an technique. Gomez took her opponent in to ne waza and claimed her gold on the ground with 40 seconds left to go. This was Spain’s first medal in the judo, adding to a growing tally throughout EYOF.

These two had demonstrated their incredible abilities all day but the final did not disappoint and it was one explosive attack after another. In the end it was not a tachi waza win but something the pair had also won during the preliminaries with… shime waza. Demirel attempted a counter but it did not score and so he rolled straight in to shime waza, Furst Crtanec tried to escape by standing up but it was too late. Demirel’s win was also a first for the team of Türkiye!

For the first half of the contest, Alizada controlled the tempo and prohibited Beurskens from sticking a single attack. However it all began to unravel as the Dutch support came to life taking up half of the arena. The atmosphere was impressive and potentially even suffocating for the Azerbaijani athlete. She didn’t let it get her down though, 37 seconds left on the clock and her long limbs executed an ippon-scoring ashi guruma.

This was the longest contest for De Lange once the clock surpassed as minute and a half, he was on fire today, desperately seeking to make up for his loss in the cadet European championships earlier this year where he had gone in as the number one seed. Now in the final he stepped up to the number one in EYOF, and picked up two shidos early in the game.

Again, another -73kg medal contest went in to golden score and though the board may have been in favour of Simin, it was De Lange who looked to be dominating with numerous uchi mata attempts. In the end, De Lange put his all in to a colossal ko soto gake and picked up his opponent, taking the Netherlands third gold in the judo and ensuring they stayed at the top of the medal table in the judo event. 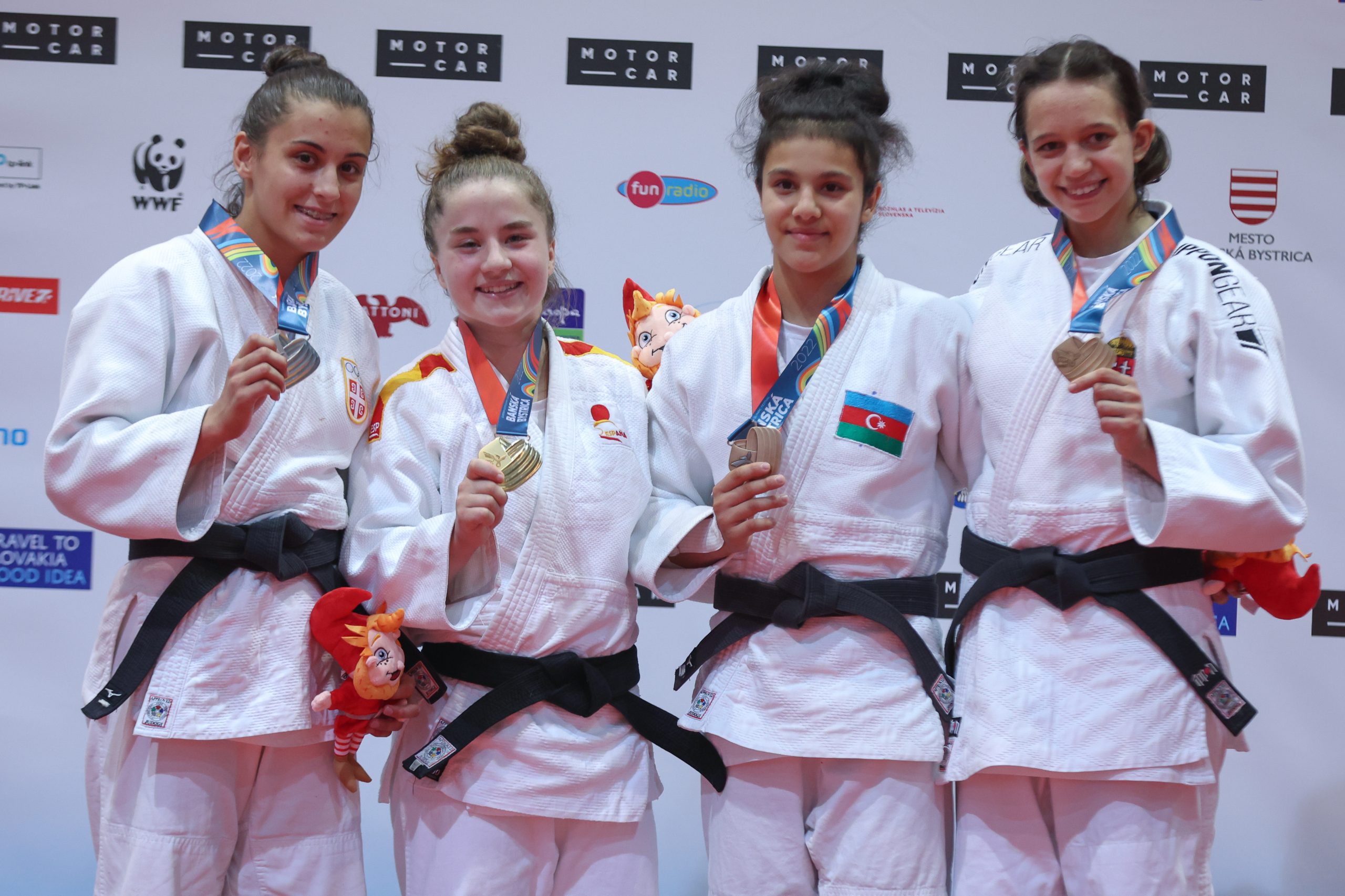 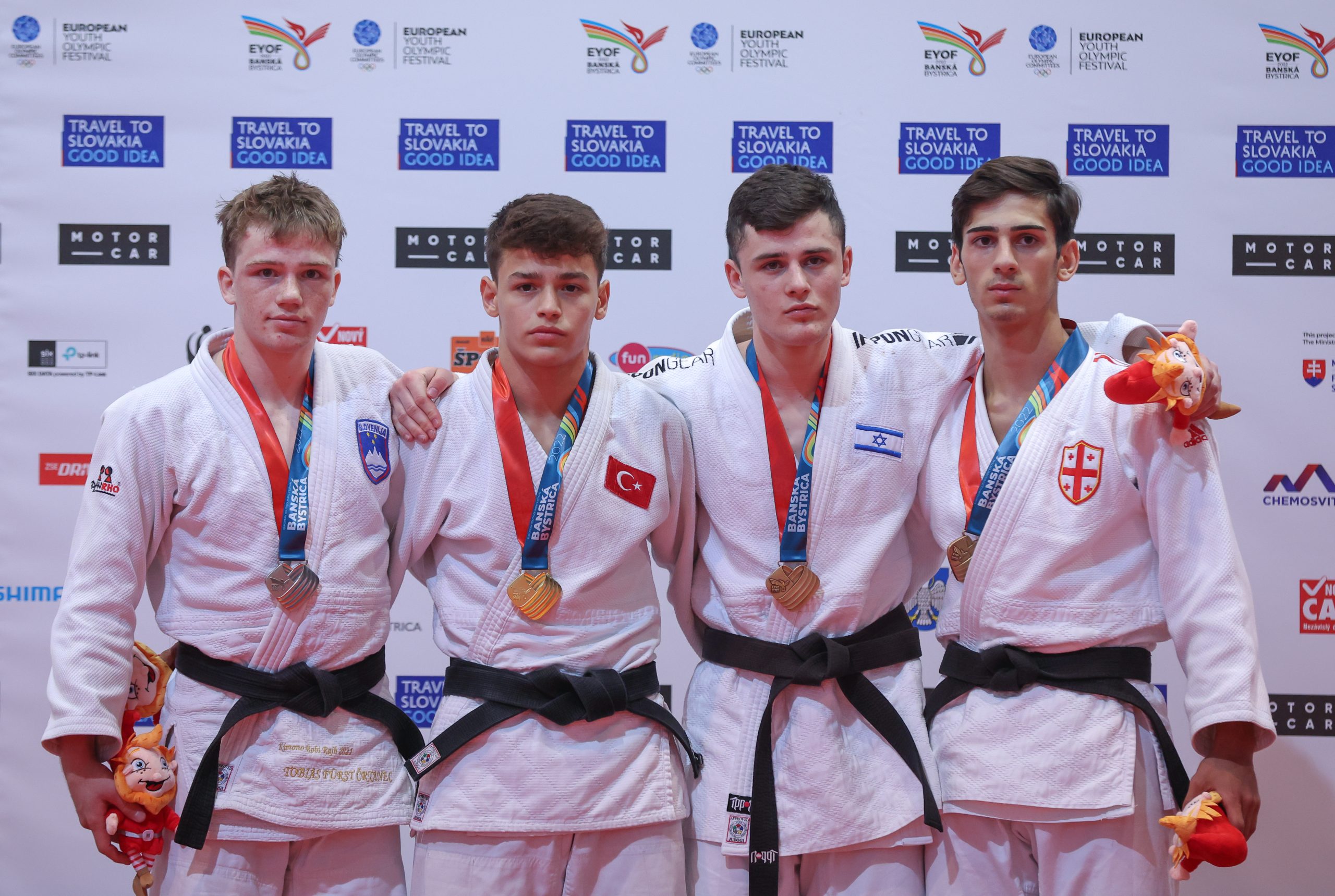 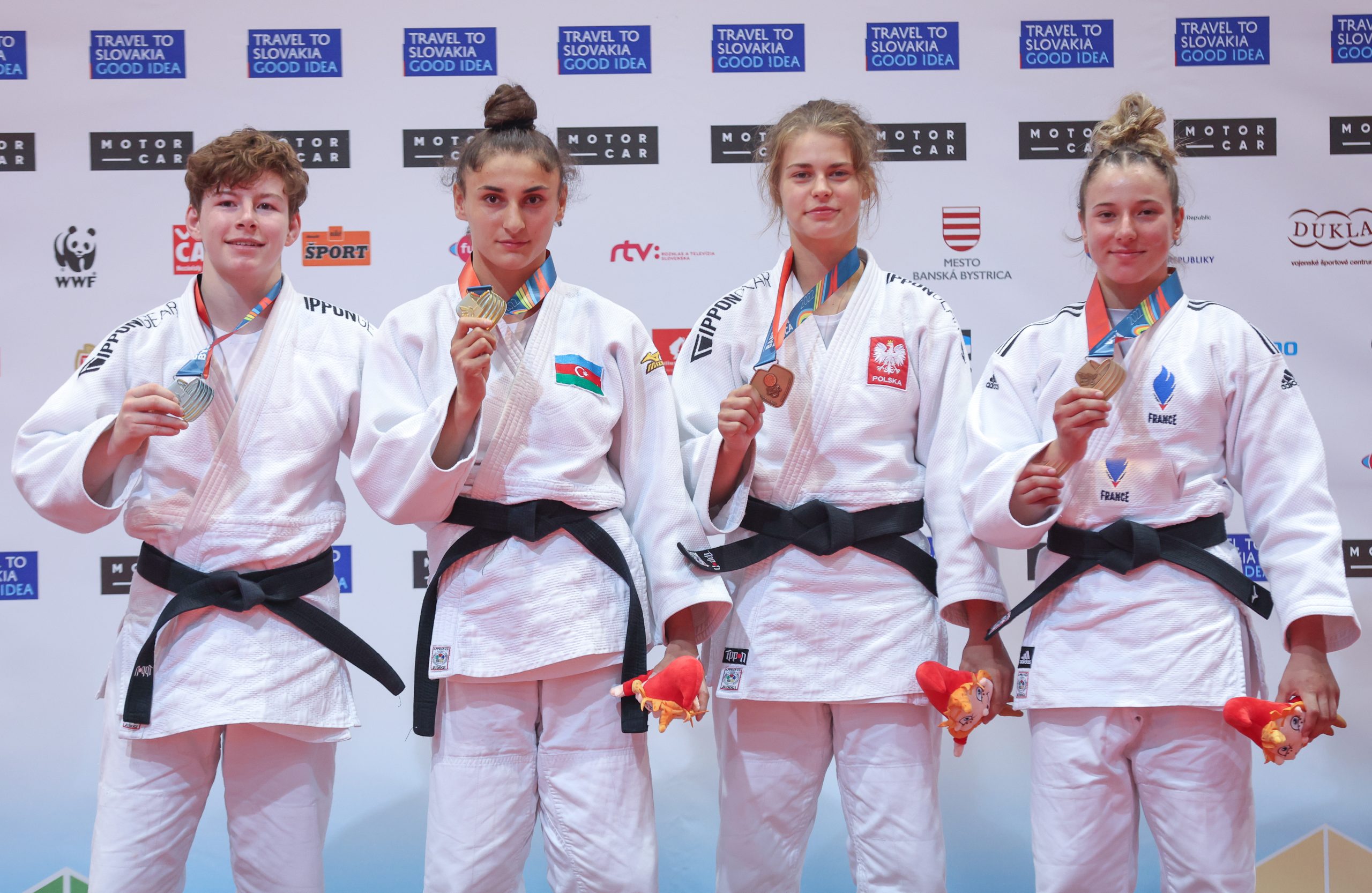