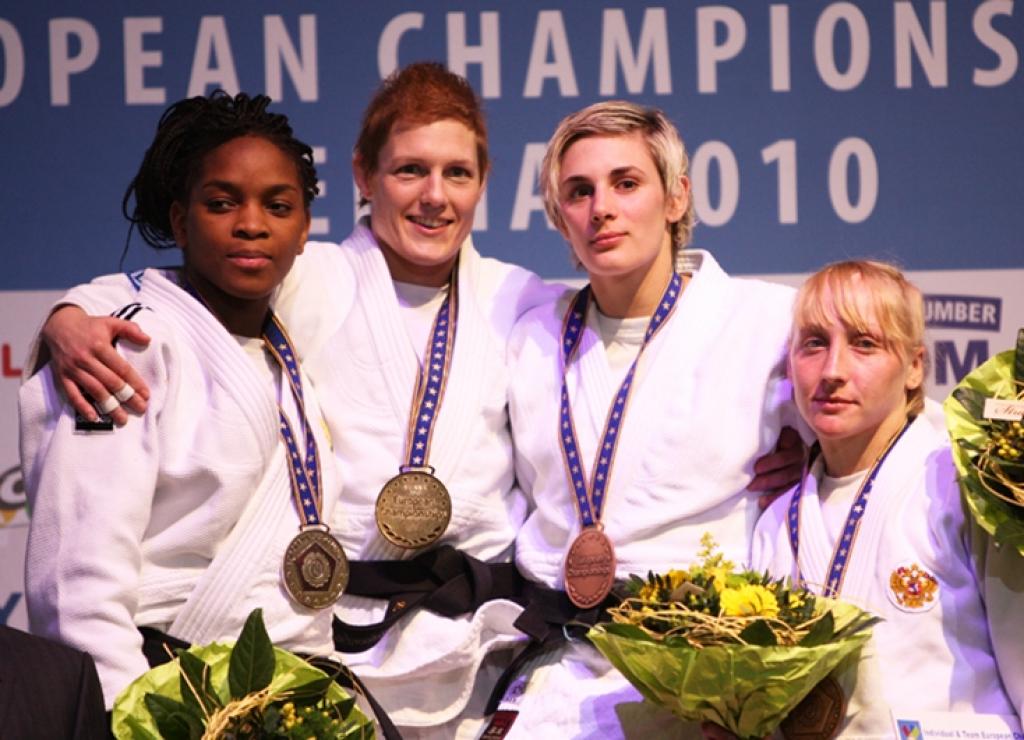 Who would have thought that Gwend defeated former World Champion and double world champion Gevrise Emane in the first round? Certainly not Emane. But Youngster Edwige Gwend aged 20, is exceptional in Italy, she eager, communicative, and can surprise if she has her day. Today it was her day and she conformed that the Italians have a promising group of talents.
Gwend made it to the final against 31-year old Elisabeth Willeboordse, the vice world champion of Rotterdam last year. The Dutch seemed to be intimidated by the active Gwend in the first half of the match. But Willeboordse didn’t want to have the same treatment as Emane. Willeboordse is powerful and has grown tactically. She was eager to win this title in advance as it was a long time ago, in 2005 she won the title. With her reputation and Dutch rival Anicka van Emden warming up to take over, Willeboordse didn’t want to lose of the 11-year younger Italian daredevil. After Willeboordse took the lead, it was very exciting when she would get her second penalty equaling the match, but Willeboordse kept cool and hold her lead.