Ebru Sahin following into the footsteps of Turkish legends 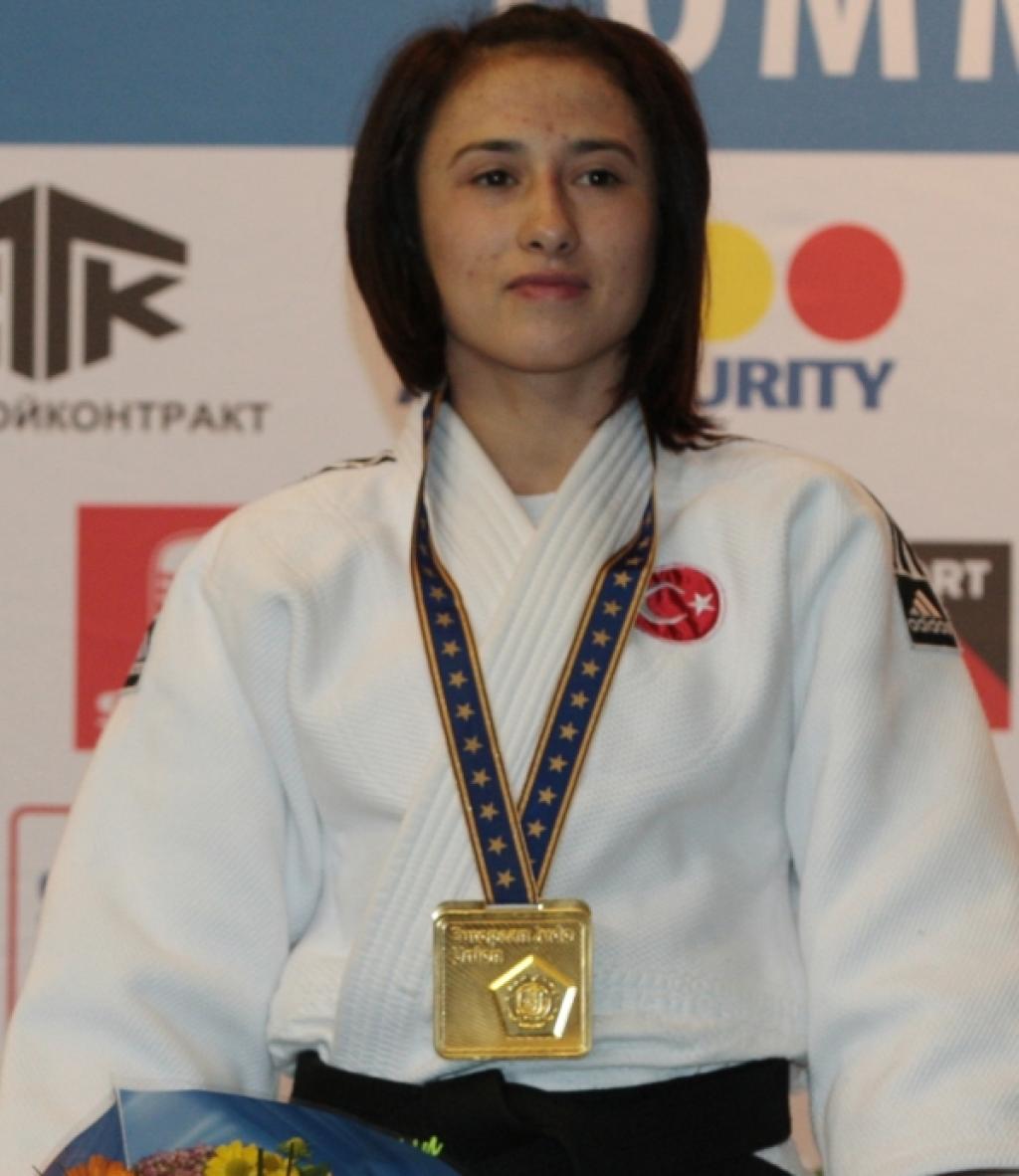 The European Junior final U48kg was a fight between Ebru Sahin from Turkey and Melanie Clement of France. The experienced Sahin who in her last junior year won already two World Bronze medals but was now for the first time successful at European Championships. Today she won the gold medal against Clement. After just two minutes in the match she defeated her opponent by harai goshi.

Sahin was the winner of the pool of death with amazing judoka such as Giuffrida (ITA), Dmitrieva (RUS) and Karapetyan (ARM) who really fought well against Dmitrieva today. In the other pool Pienkowska (POL), Raynaud (FRA) and Belgian favourite Jura (BEL). So Sahin was the real champion in this below half of the schedule. The upper half wasn’t such a hassle and Clement had an easier ride to the final. Her quarter final opponent Kuznetsova won bronze.

Ebru had won the U17 European Championships in 2008 and three years later she took her last chance in this age category. A performance that has not been equaled often in Turkey. Only Three judoka were previously able the win the European title. Bektas Demirel in 1994, Ilnur Kobas twice, in 1994 and 1995 and Gulsah Kocaturk in 2005. A performance she can proud of following into the footsteps of these Turkish legends.
The success of the U17 women’s team is now seriously gaining medals in the junior and senior category.

Bronze medals were collected by Louise Raynaud of France who defeated Magdalena Varbanova of Bulgaria. Alesya Kuznetsova of Russia was victorious over Polish Karolina Pienkowska in the second bronze final. Pienkowska had lost to Sahin in the semi final. Both Pienkowska as Kuznetsova had won two European Cups this years and were expected on the podium. Varbanova defeated another favourite in her first round, Giulia Mongiella of Italy. Italy has had better days. For Turkey the tournament started as hoped for.