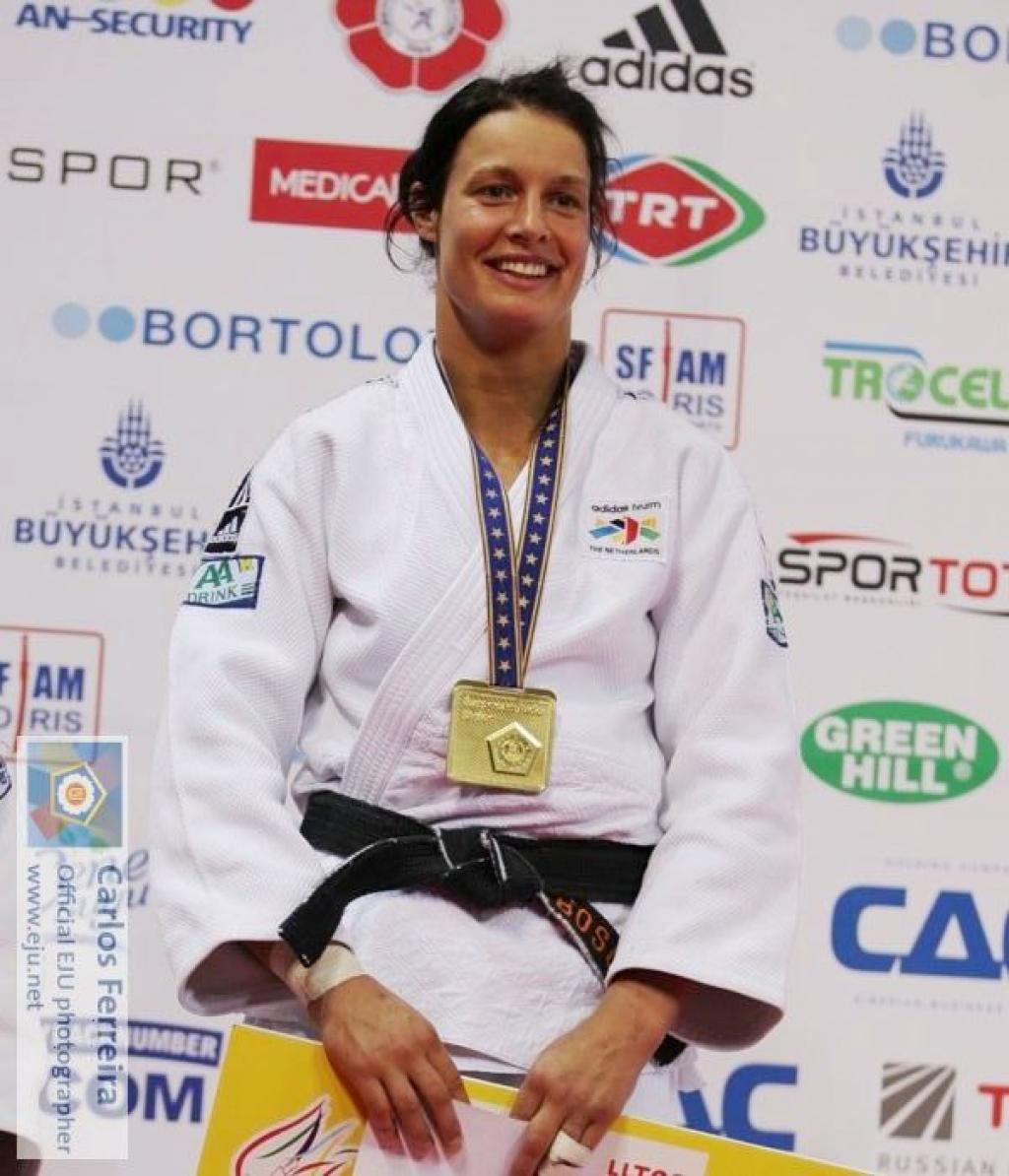 Edith Bosch collected her third European title today. In the final she was too strong for Cecilia Blanco (SPA). The tall Dutch defeated Anett Meszaros (HUN) in the semi final which seemed to be the key match for gold after Lucie Decosse (FRA) lost in her semi final to Blanco by hansokumake.

Bosch took the lead after two minutes in the match and with her strength and reach she could fight a tactical match. Against Meszaros she showed to be on track for the 2012 Olympic Games which is her ultimate and only focus.

The final between Edith Bosch and Cecilia Blanco was a classical. The two judoka know each other to the bone and fought 14 times previously. Bosch added her 11th victory, Blanco won 4 times. For Bosch it is a confirmation that gold at the 2012 Olympic Games is still possible.

Bosch: “I have worked hard for this so it’s good to get that confirmation. It’s a good step to the Olympics but I will definitely enjoy this title. It’s not just a title. I’m going to celebrate it today!”

Bronze medal fight:
Lucie Decosse (FRA) won the bronze in her match against Anett Meszaros (HUN) a repetition of the world championships final of 2010. Both fighters however didn’t go to Istanbul for bronze. Decosse won her 7th European medal.

Erica Barbieri (ITA) took the second bronze medal in her fight against former European Champion Rasa Sraka (SLO) who was the runner up last year in the European final against Meszaros.