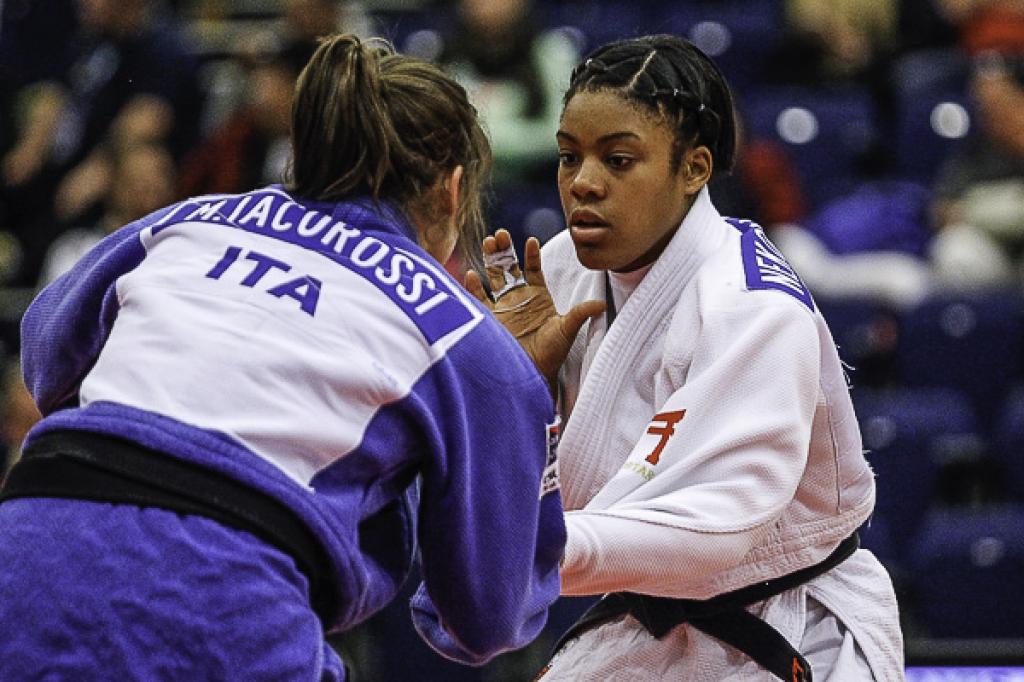 London 2012 Olympian Kelly Edwards and Nekoda Davis led the way for Great Britain on the opening day of the London British Open European Cup, whilst the French team topped the medal table as the first day came to a close.

Over 320 judoka were in action at K2, Crawley, with 29 countries represented in the two-day long event.

Edwards, who now trains in Scotland, was fighting at -52kg, one weight up from that she competed at in London. She beat three French judoka on her way to the title, the first two by ippon before a narrow victory on shidos over Louise Raynaud in the final. Bronze medals went to Julia Rosso and Issoumaila Aurelia.

Kimberley Renicks took a bronze medal for GB in the -48kg category. She lost in the semi-final to gold medallist Melanie Clement of France. Belgium’s Anne-Sophie Jura got silver with Patrizia De-Luigi of Italy taking the other bronze.

The men’s -66kg category saw three medals for France with Alexandre Mariac beating Kevin Azema for the gold. Bronze medals went to Frank Vernez (France) and Junior Degen of the Netherlands with Great Britain’s Nathon Burns taking fifth after he was unable to fight the bronze medal contest due to injury.

Italy’s Fabio Andreoli won the gold medal in the -60kg category, beating Hungarian athlete Lazlo Burgan in the final. Bronze medals were won by Daniel Lombardo of Italy and Victor Leboedec of France.

Nikita Khomentovsky of Russia took gold in the -73kg category with Estonia’s Kunter Rothberg unable to compete in the final. Bronze medals went to Ermes Tosolini of Italy and Ludovic Cavallera of France.

Commenting on the day’s action, British Judo Chairman Kerrith Brown said: “The first day of the London British Open has provided us with some fantastic judo.

“It’s great for the home fans to be able to celebrate two gold medals from Kelly and Nekoda, as well as some other strong GB performances.

“Along with our friends from across Europe and the EJU family we’re looking forward to another day of great judo tomorrow.”

Action continues at K2, Crawley tomorrow with the heavyweights on the mat. Competition starts at 10:00 with tickets available on the door for £15 adults and £7.50 concessions.

Photos you can see in our gallery