Egger wins first ever U23 title for Switzerland 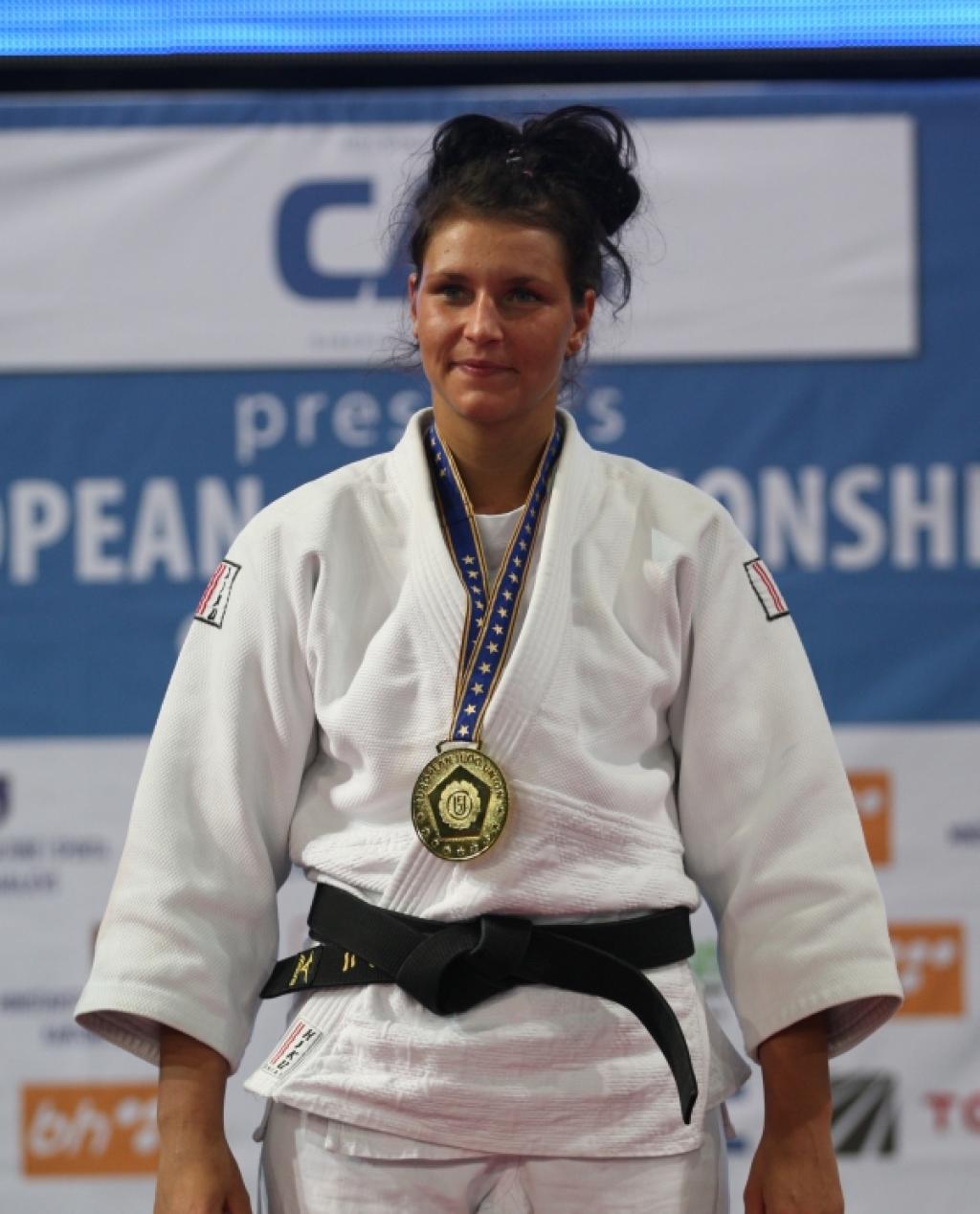 Stephanie Egger won the European U23 title U70kg. The tall Swiss was too strong for Laura Vargas-Koch in the final and ended the match with a superb uchi-mata halfway the match. 22-Year old Egger is the first for Switzerland to win the U23 title.
Egger defeated Seyda Bayram of Turkey in the semi final. Egger is in form given her silver medal at the European Cup recently in Boras. In Sweden she lost to Megan Fletcher who did not compete in Sarajevo, as well as Kim Polling, the European and World junior Champion of The Netherlands.

Egger was promissing finishing seventh at the World Junior Championships in 2006 and won the Swiss senior Championship. But since than it got worse, and for the last two years she didn’t have any results due to injuries. But since her medal in Boras three weeks ago she’s back, and after this weekend, she’s fully back on track.

Latvian Evija Pukite who lost her first match against Egger won the first bronze for her country this year. Last year Latvia won didn’t win any medal. In 2008 just one, but it was gold for Jevgenijs Borodavko U90kg. Today Pukite came back in the repechage and defeated Croatia’s Marija Cosic in the bronze medal match.
Maria Bernabeu of Spain won bronze today. Spain has never won a gold medal but collected eight medals in this age category. Bernabeu collected the first ever in this category.