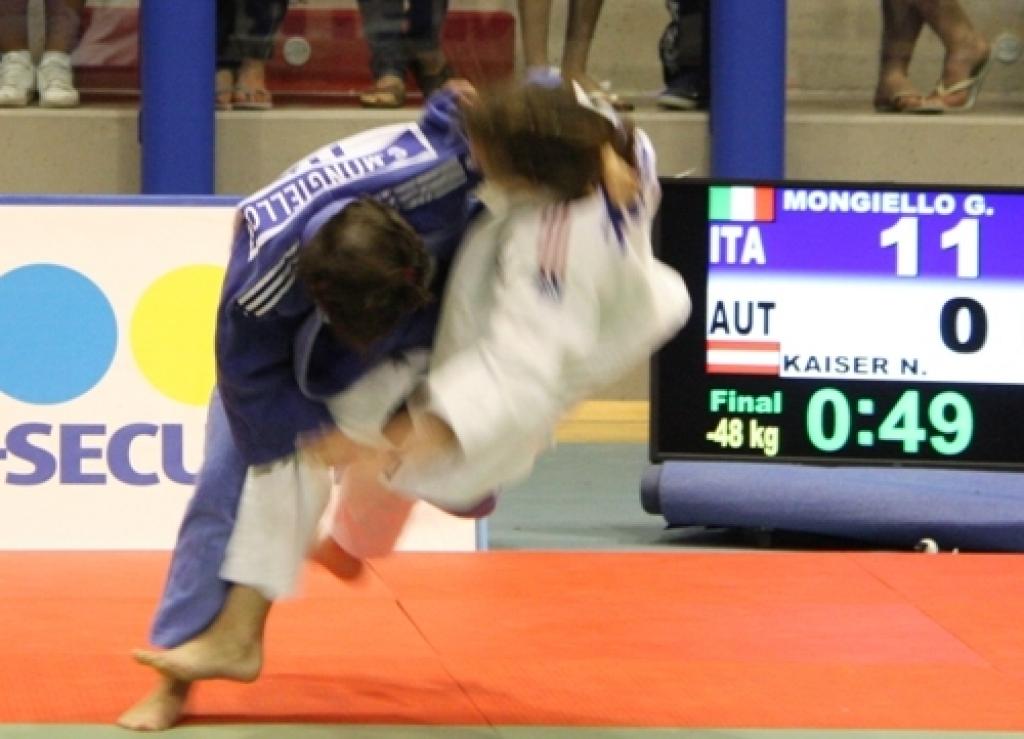 An incredible eight different winners at the first day of the European Cup for juniors in Paks, Hungary. The host was good for five medals, four of them in the men’s category. Krisztian Toth was able to win the gold in the category U81kg. Toth defeated Italy’s Fabio Miranda in the final. Milan Koller and Peter Heim, both from the host nation won bronze in a field with 48 participants.
Less dominant was Hungary U90kg but still winning a silver medal by Gabor Ver. He could not prevent strong Stanislav Retynskyy (UKR) to win his second European Cup this year after winning in Kiev as well.

Italy won five medals in total, four for the women’s team. Giulia Mongello won the gold U48kg. She had also won the European Cup in Lignano this year and is one of most successful Italian juniors. Mongello defeated Ebru Sahin (TUR). Odette Giuffrida won bronze in this category.

Austria won three different colours of medals, gold for Gabor Geier with his Hungarian name, but representing Austria. He defeated Marius Piepke from Germany in the final U100kg. It was Germany’s second loss in a final.
Austria’s Daniel Allerstorfer won silver in the plus category as he didn’t defeat Daniel Natea who defeated all four opponents.

Julijana Savic is one of the biggest talents of Serbia. This time she won the U44kg category again in Paks. Previously she won European gold in Lignano and won silver in Leibnitz. In the final she defeated Germany’s Irina Mora-Hernandez.

Germany did win gold in the end when Theresa Stoll won the U52kg category. In the final she defeated Swiss Cheyenne Bienz. She faces competition of Tina Berger (SUI) who had won two bronze medals previously, but Bienz was now in the final. Young Stoll won the EJU European Cup Cadets in Sczyrk this year and is still a cadet and the current U17 German Champion.

Watch the pictures of this weekend’s European Cup in Paks: