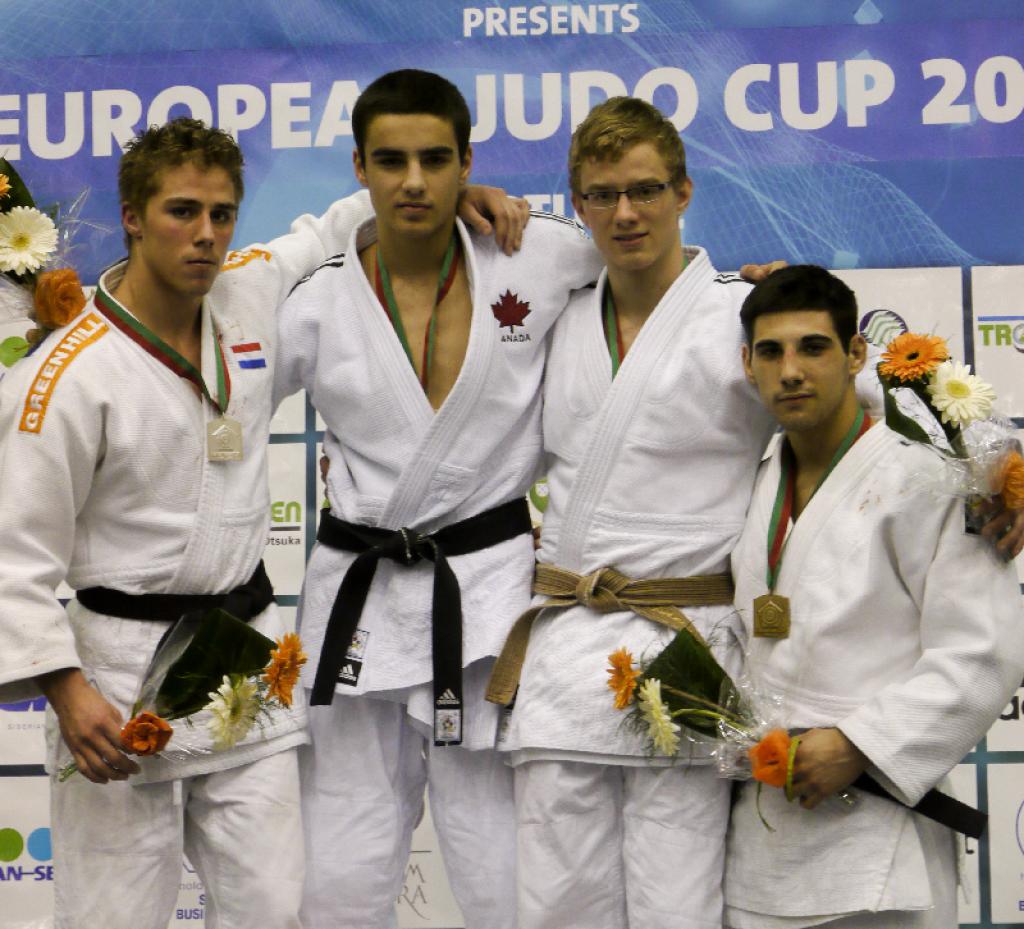 At the first day of the European Cup for Juniors in Coimbra (Portugal) Canada the most successful and talented country. The Canadians won a gold medal by Antoine Bouchard U66kg and had three final positions in total. The Panamericans were also able to win three bronze medals, two more than The Netherlands. The Dutch were dominated in the women’s category U70 where Michelle Schellekens defeated her compatriot Caroline de Wit in the final.
All gold medals however were distributed among eight different nations.
Host Portugal won the men’s lightweight class U55kg by means of Goncalo Mansinho.

The event was very successful with full attendance of the sports hall and an enthusiastic crowd. It was one of the most participated junior competitions ever held in Portugal with 17 nations and 368 athletes.
Attendance of local VIPs: representatives of Portuguese Olympic Committee, Coimbra Municipal Hall, Coimbra University and the Sports Confederation of Portugal.
The matches were truly exciting, well balanced and almost half of the final block fights lasted until the Golden Score. It is a clear evidence that this competition has grown stronger year by year and more competitive. This is the tenth edition being held in the beautiful Coimbra, one of the greatest cities in the country that allies tradition with modernity and a great judo development pole.