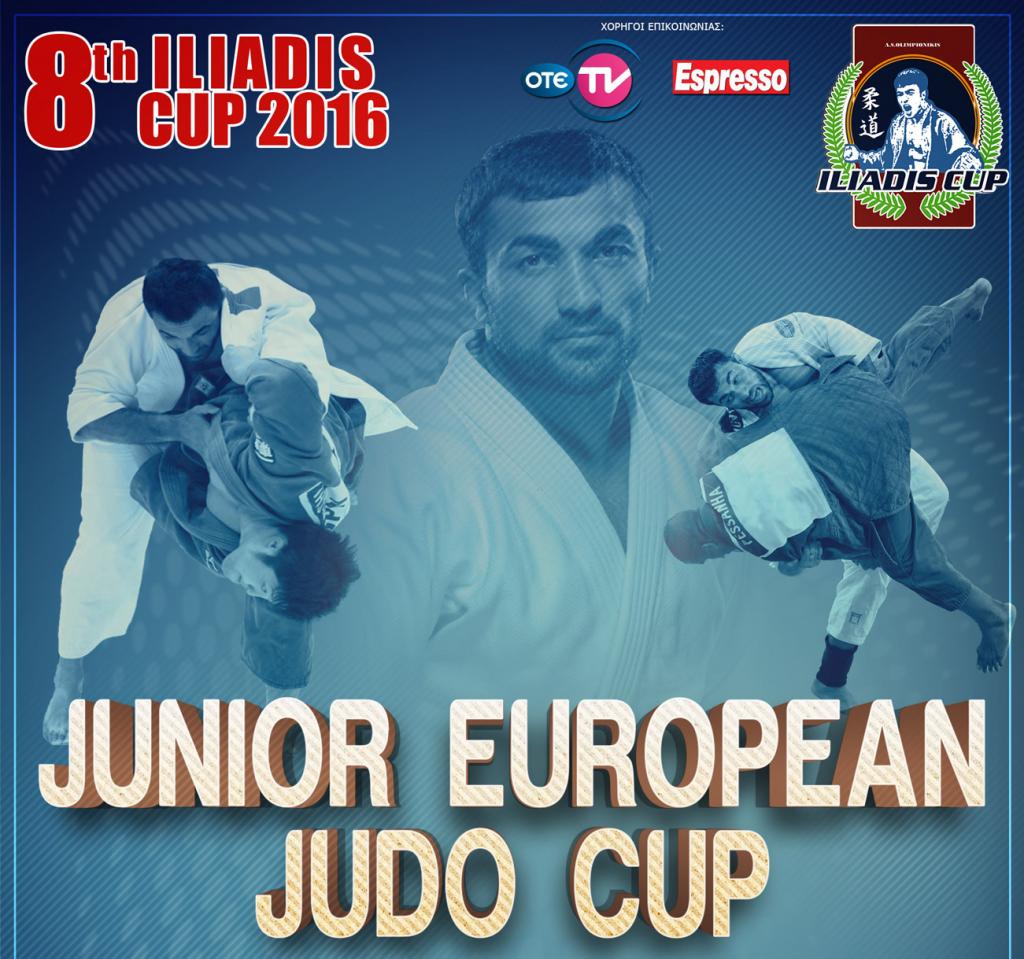 Greece, the country that gave birth to the Olympic spirit, will host the Junior European Judo Cup under the name «Ilias Iliadis Cup 2016» over this weekend.

This year the Junior EJCup gathers more than 270 athletes from 24 countries that have incorporated this particular competition to their training programm before the prestigious U21 events within the current year.

“We expect once again the best results, both from a competitive and organizational point of view. We made our best to ensure that this year the “Ilias Iliadis Cup 2016” will be a success and prove ourselves once more to the representatives of the European and world judo. We are not facing any problems because we are now very experienced and we duly expect medals and success on the part of the Greek women athletes. I wish for this to be the most outstanding “Ilias Iliadis Cup” thus far, taking place in an Olympic year which carries many expectations for Greek medals and achievements in Rio”, said national coach Nikos Iliadis, referring to the only international tournament being part of the official EJU calendar that is hosted in Greece.
Immediately after the completion of the tournament in Loutraki, the EJU Junior Training Camp will be held with the participation of about 250 athletes.
The “8th Ilias Iliadis Cup» is part of the IJF World Judo Tour and will take place in the Sports Hall of Palaio Faliro for the second time in the history of the event. This venue is one of the most central facilities of the Olympic Games “Athens 2004”. These facilities hosted the Olympic handball tournament and Tae Kwon Do at the Olympic Games 2004. A stadium of stunning beauty, situated in a resort by the Saronic Gulf, very close to Athens and a great tourist destination itself.
The competition starts on Saturday at 10:00. The final block beginns at 16:30.