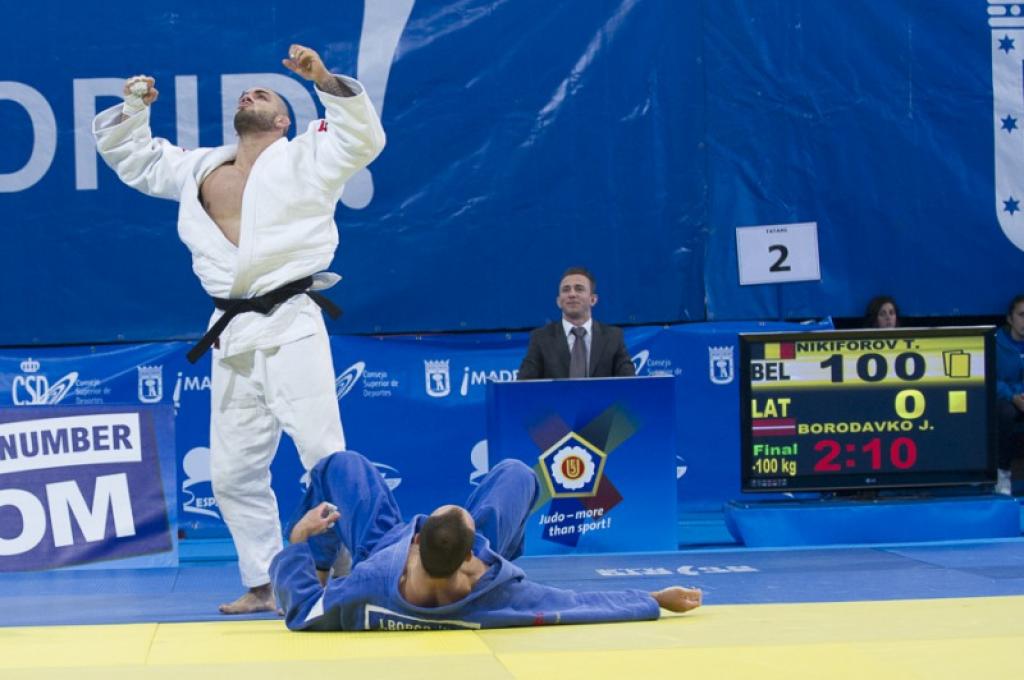 The 2016 Madrid European Judo Open (EJOpen) will take place throughout the upcoming weekend with almost 300 athletes entered. With the closing of the qualification for the 2016 Rio Olympic Games being last weekend, the upcoming days could be the beginning of a new chapter for some of the youngsters seeking to reach out for Tokyo 2020.

However, there is something noteworthy when looking back to last year’s EJOpen which was taking place in Cluj-Napoca in replacement of Madrid. This particularly interesting point is that most of the winners of the tournament [EJOpen Cluj-Napoca] qualified for the 2016 Summer Games. Can any of the EJOpen be an indication in regards to who will make it to the biggest show on Earth? Or, could we call these tournaments as the stepping stone to success? In this case, it certainly was a good sign.

Now, instead of looking back, lets look forward and see whom are the potential golden winning names for the weekend? Right away in the -60kg category, home favourite, Francisco GARRIGOS (ESP) listed as number one seed and he is followed by Yanislav GERCHEV (BUL). In the -66kg Ukrainian judo ace, Georgii ZANTARAIA listed as the top seed. Any of the top four seed could take down the rest in the -73kg category which will make it interesting to see on the day. The -81kg shows a strong possible final between Ivaylo IVANOV (BUL) and Ivan NIFONTOV (RUS). A French triplet could dominate the -90kg category, whilst in the -100kg category it could all go back to Russia with Tagir KHAIBULAEV being number one seed. Renat SAIDOV (RUS), Matjaz CERAJ (SLO), Jean-Sebastien BONVOISIN (FRA) and Hamza OUCHANI (FRA) can be a possible podium line up for the +100kg category.

The -48kg category once more might be dominated by the Russian team as Irina DOLGOVA is number one seed whilst her team-mate, Alesya KUZNETSOVA placed on seeding position number three. In-between, Noa MINSKER (ISR) stands the chance upset the Russian duet. Maria ERTL (GER), Lucile DUPORT (FRA) and Julia ROSSO (FRA) will possibly battle for gold in the -52kg category. Spain could once again celebrate if Jaione EQUISOAIN was to win the -57kg category and to do so, she will have to overcome such as Laetitia BLOT (FRA), Lola BENARROCHE (FRA) and Carla GROL (NED). Lately, Marielle PROVUST (FRA) managed to disappoint quiet a few of the elites in the -63kg category. Magdalena KRSSAKOVA (AUT), Amy LIVESEY (GBR) and Angeles LOPEZ AQUILERA (ESP) will be all in line to challenge Provust this weekend. The super talented Sanne VAN DIJKE (NED) won the EJOpen in Cluj-Napoca last year in the -70kg category. Currently she is the number three seed and so for her to claim another EJOpen gold, she will need to overcome two of the stronger, Alix RENAUD-ROY (CAN) and Marie Eve GAHIE (FRA). The -78kg category has three nations in line for victory. Namely, France, The Netherlands and Germany, however in the +78kg category Ksenia CHIBISOVA (RUS) who stands the highest chances.