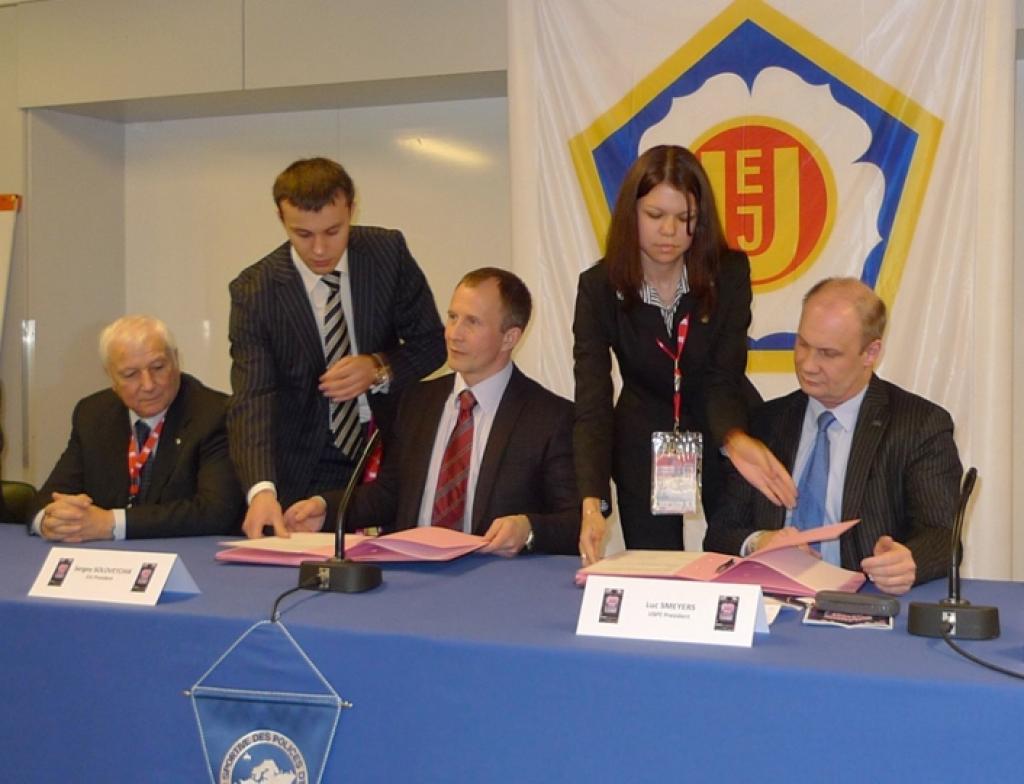 On Saturday, during the IJF Grand Slam of Paris held at the Palais de Omnisport Bercy, the official signing of a Memorandum of Understanding between the European Judo Union and the Union Sportive des Polices d’Europe (USPE) took place.

The Memorandum which was signed by EJU President Sergey Soloveychik and USPE President Luc Smeyers establishes a unique level of cooperation aimed at developing a strong bond between the two organizations.

“We are committed to promoting strong links with the USPE and believe that there are many areas in which such a relationship will grow to be of tremendous benefit to both parties,” said EJU president Sergey Soloveychik.

One of the main events for the EJU is the Open European Championships for Army, Police and Fire Forces which this year will be held on April 9 in Moscow.

“I see this relationship as an important step in raising the standard of judo knowledge within the USPE” Smeyers added. The USPE will organize the 16th European Police Championships from 13-16 May in Paris.