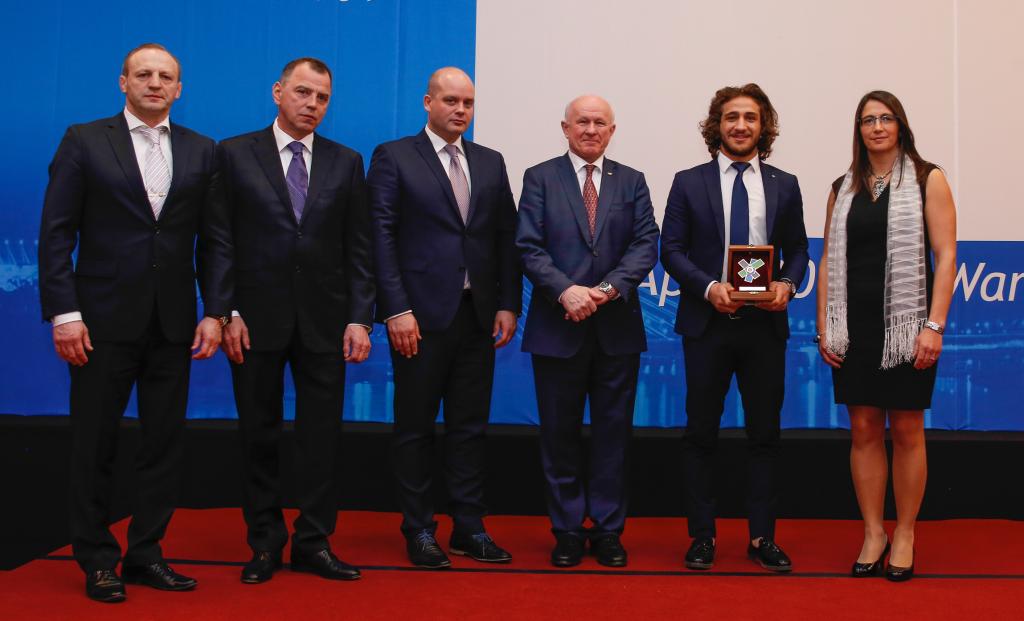 The annual Gala dinner took place during the 2017 European Judo Championships in Warsaw, Poland, where, according to a fine tradition, the EJU awards were presented to the best European athletes, coaches, referees, medical workers and federations of 2016.

The history of recognition of individuals by the EJU goes back quite a while. The European Family started to acknowledge the best performances at its annual Congresses around 18 years ago. At that time, certificates were given out to the best male and female judoka. 7 years later, the procedure changed and the EJU started to present the awards to the nominees, honouring their best achievements within their field (athletes, coaches, referees, federations organising EJU events). Years later, the appreciation of other sectors (Education, Medical and Marketing, EJU sponsors and partners) also began to be classified, and such presentations were shifted to the European Judo Championships, where a special Gala dinner staged every year for the EJU Awards ceremony.

The President of the European Judo Union, Mr. Sergey Soloveychik specifies the importance of such awards:

“Judo is such an exiting and highly competitive sport, and judo heroes deserve to be recognized that is why the EJU tries to acknowledge the best ones every year. The awardees are our honour and highlights and I am glad that every year we commemorate their results in a festive way in front of the EJU national federation presidents and other distinguished judo friends.” 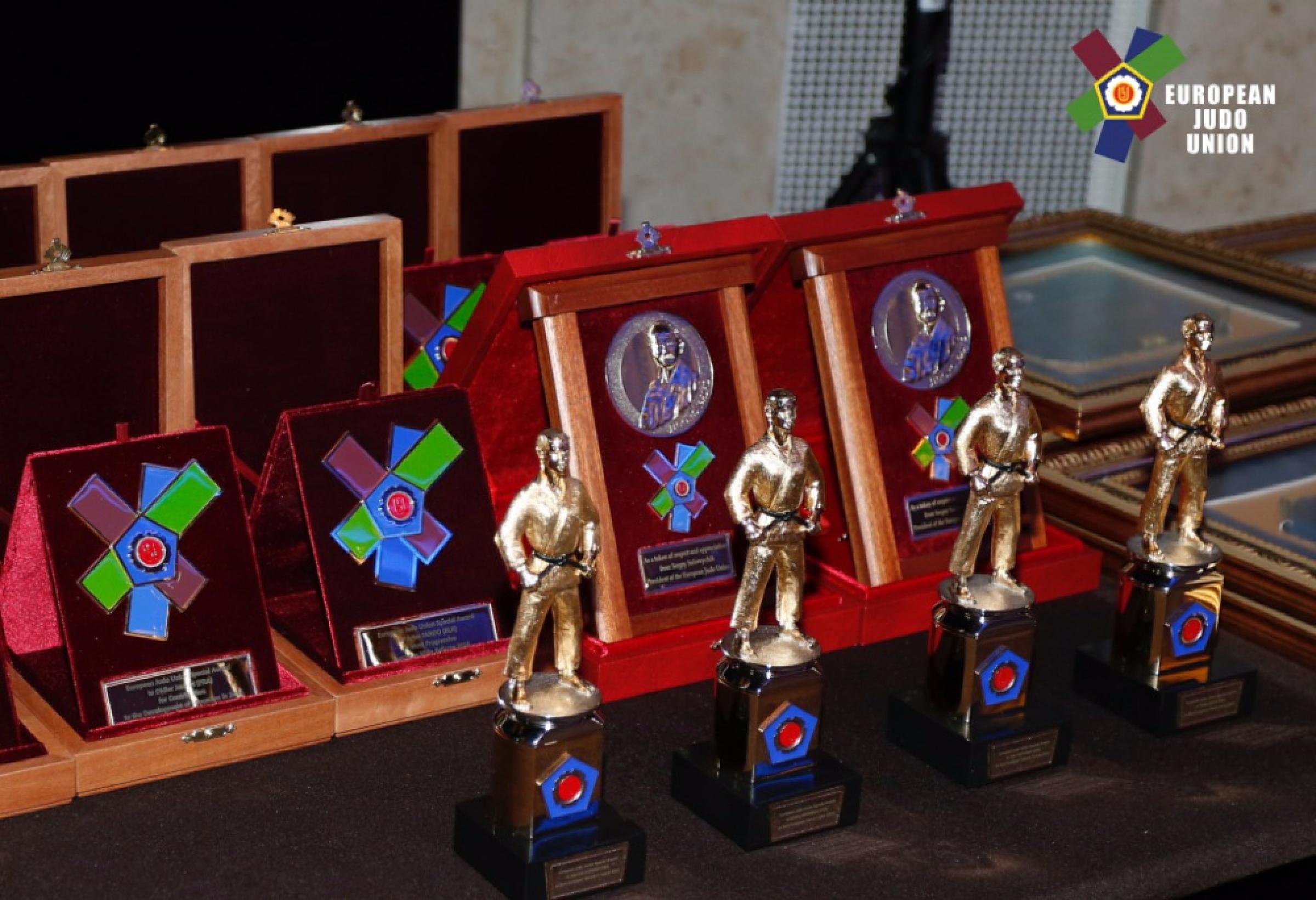 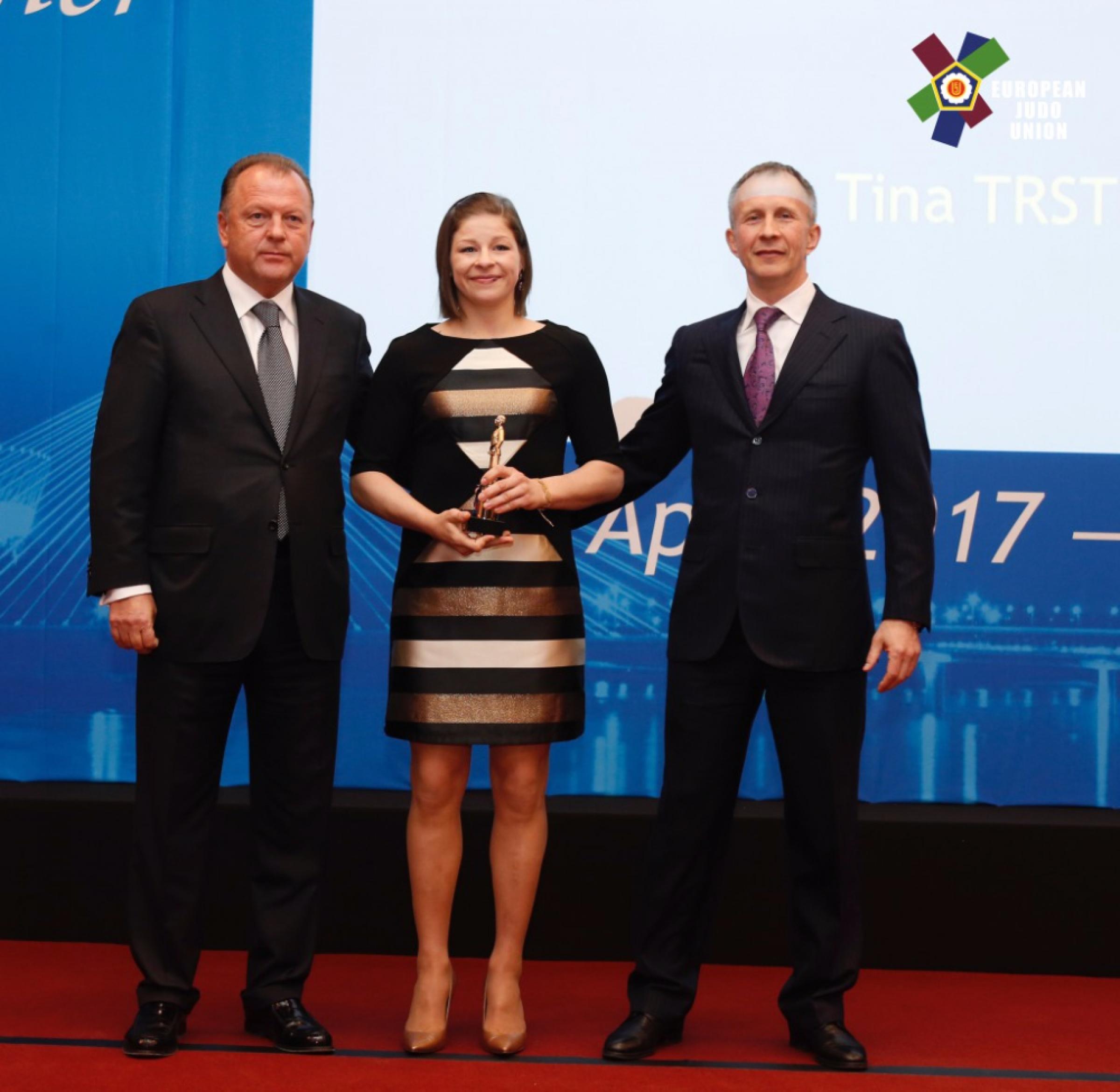 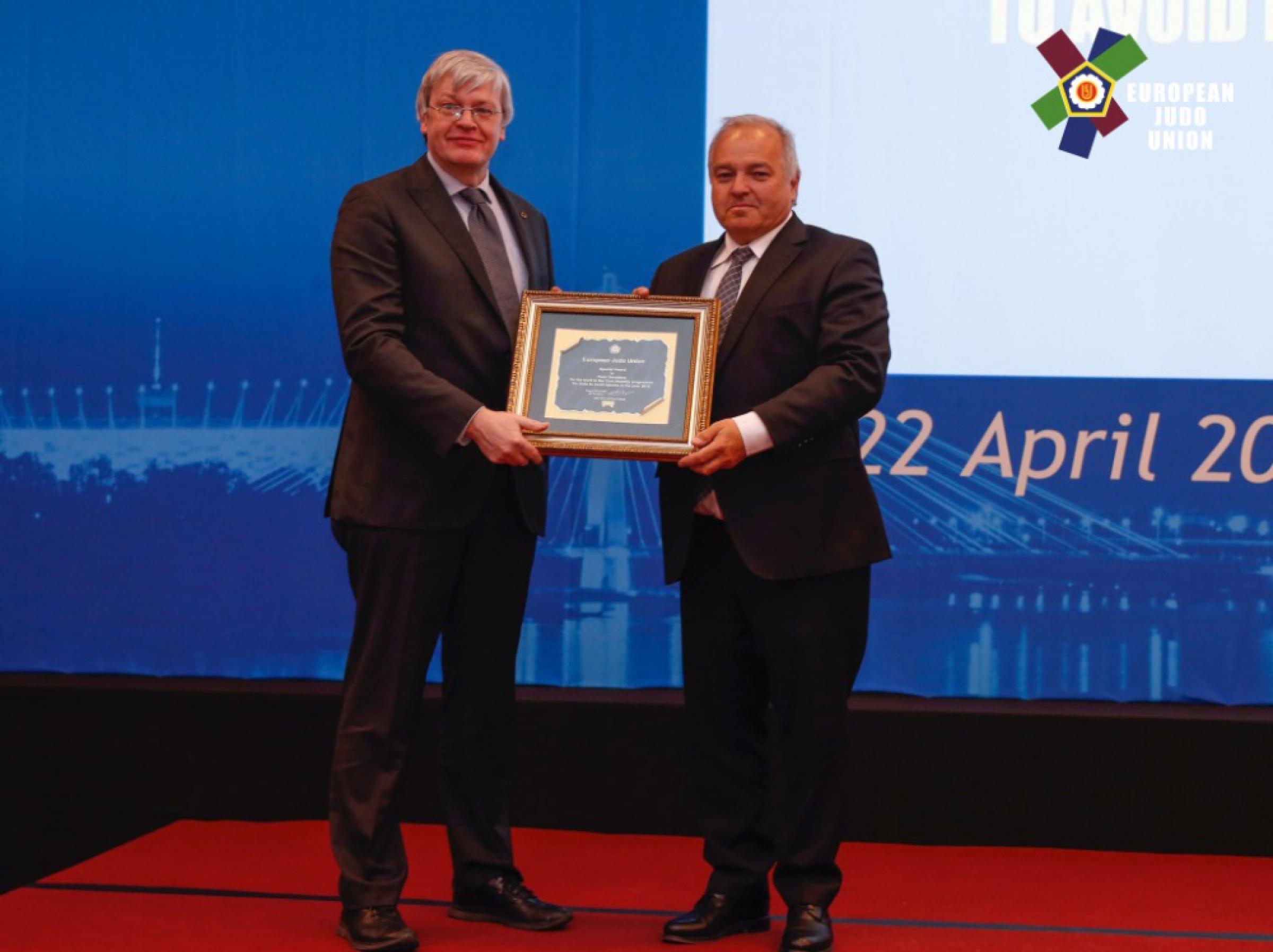 Plaque of appreciation for the work in the Core Stability programme for Judo to avoid injuries in the year 2016: Peter Smolders 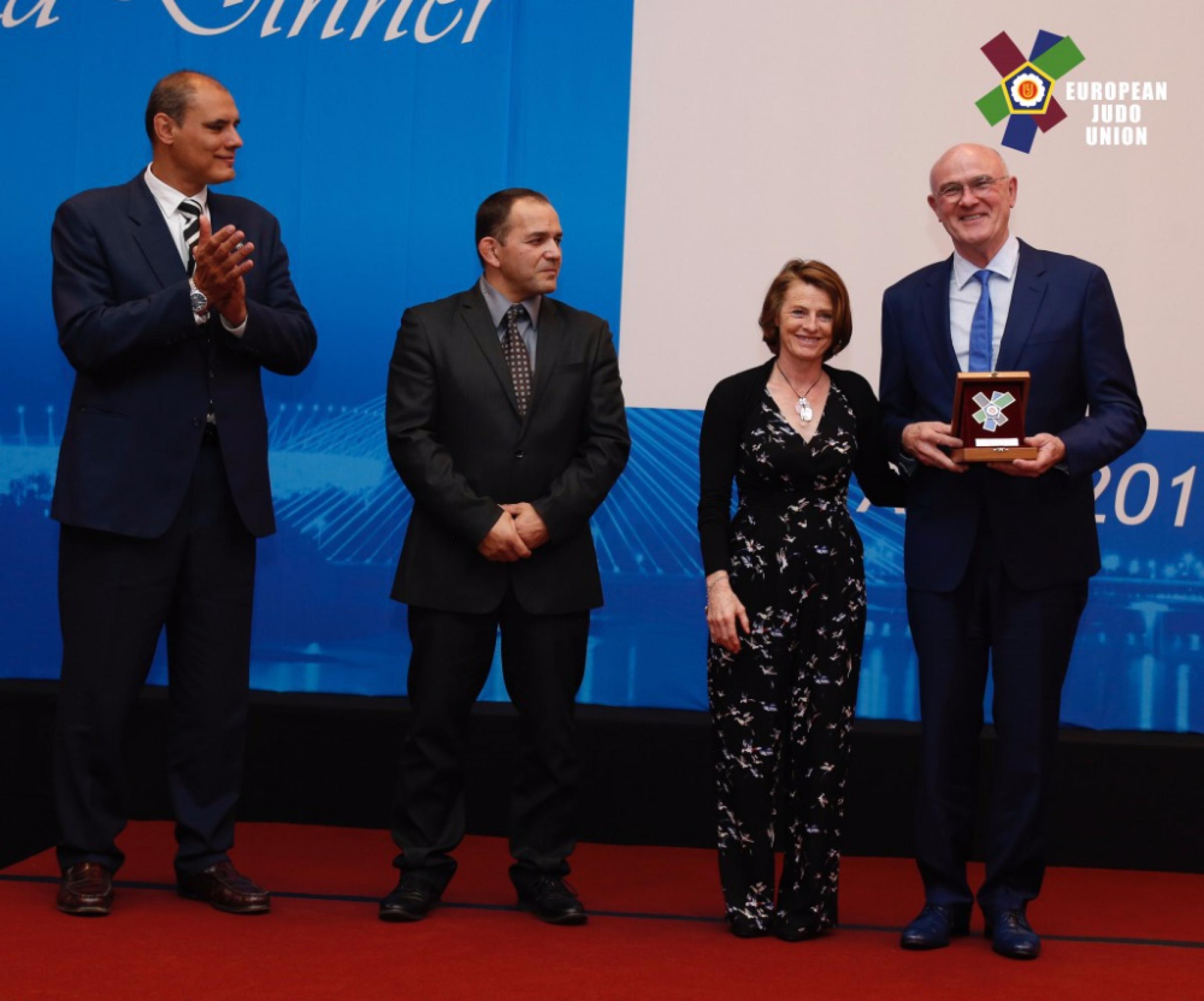 Education Award for Contribution to the Development of Education 2016: Didier Janicot 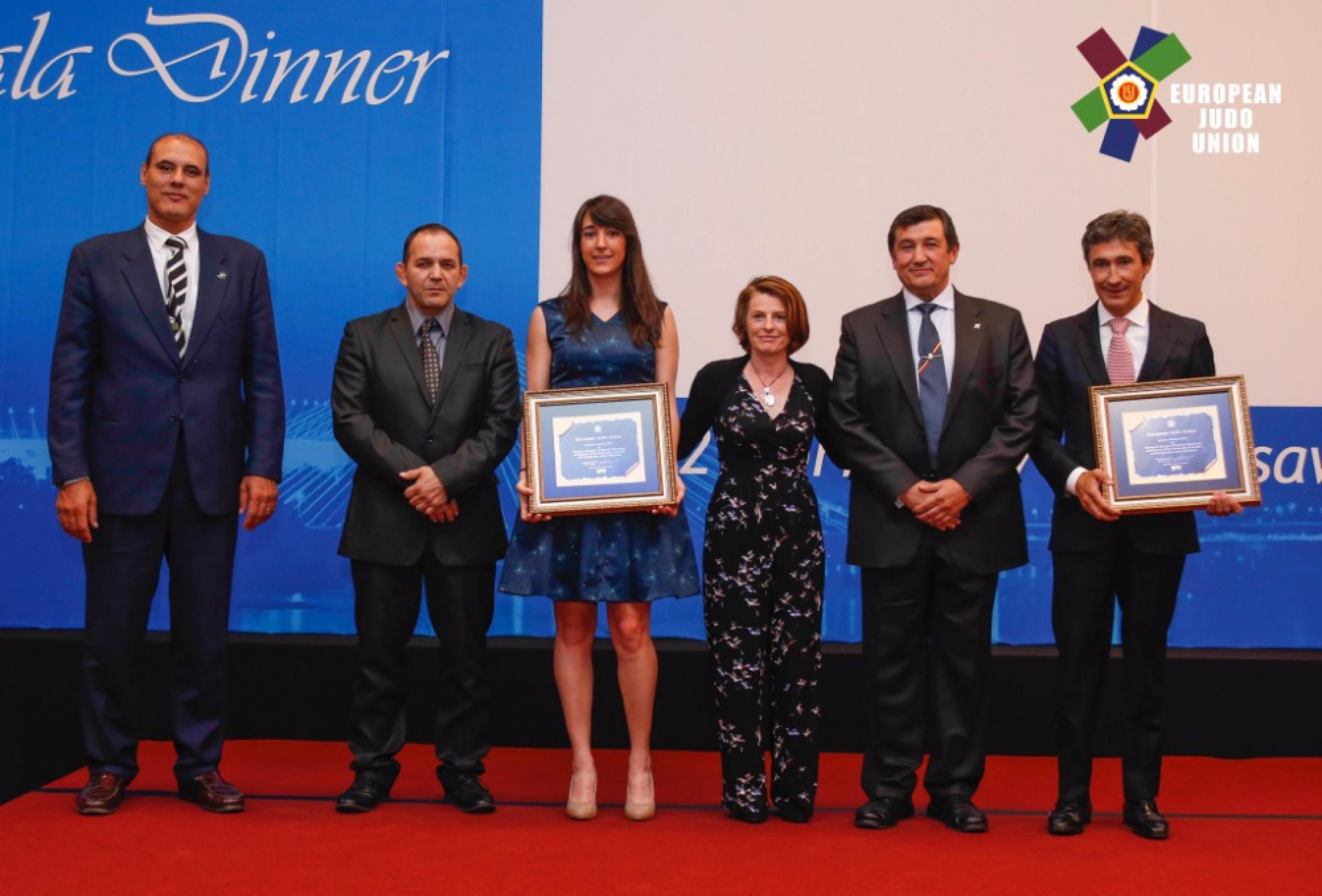 Science Award 2016: Research Group of Physical Education and Sports of the University of Seville and Andalusian Judo Federation 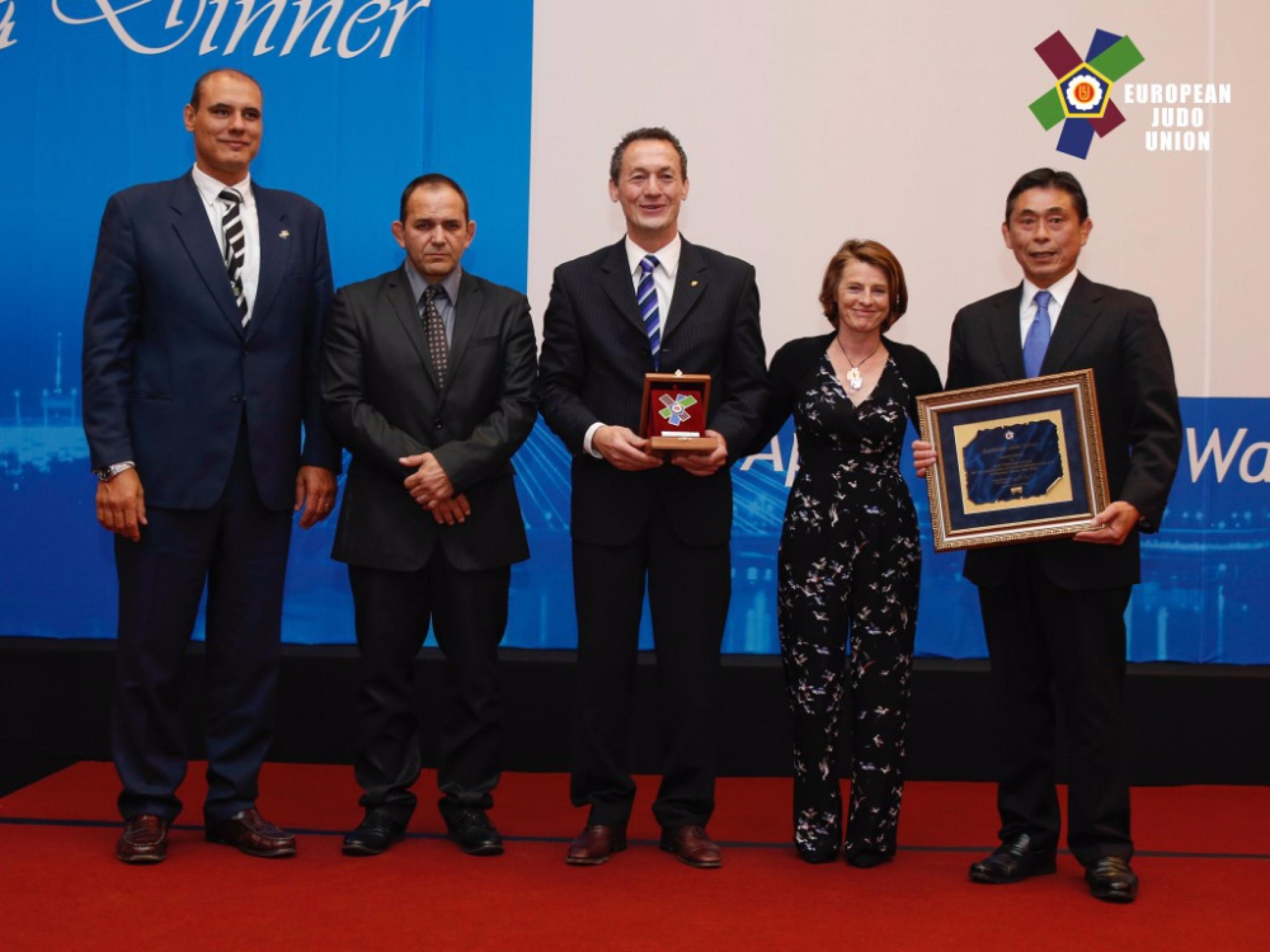 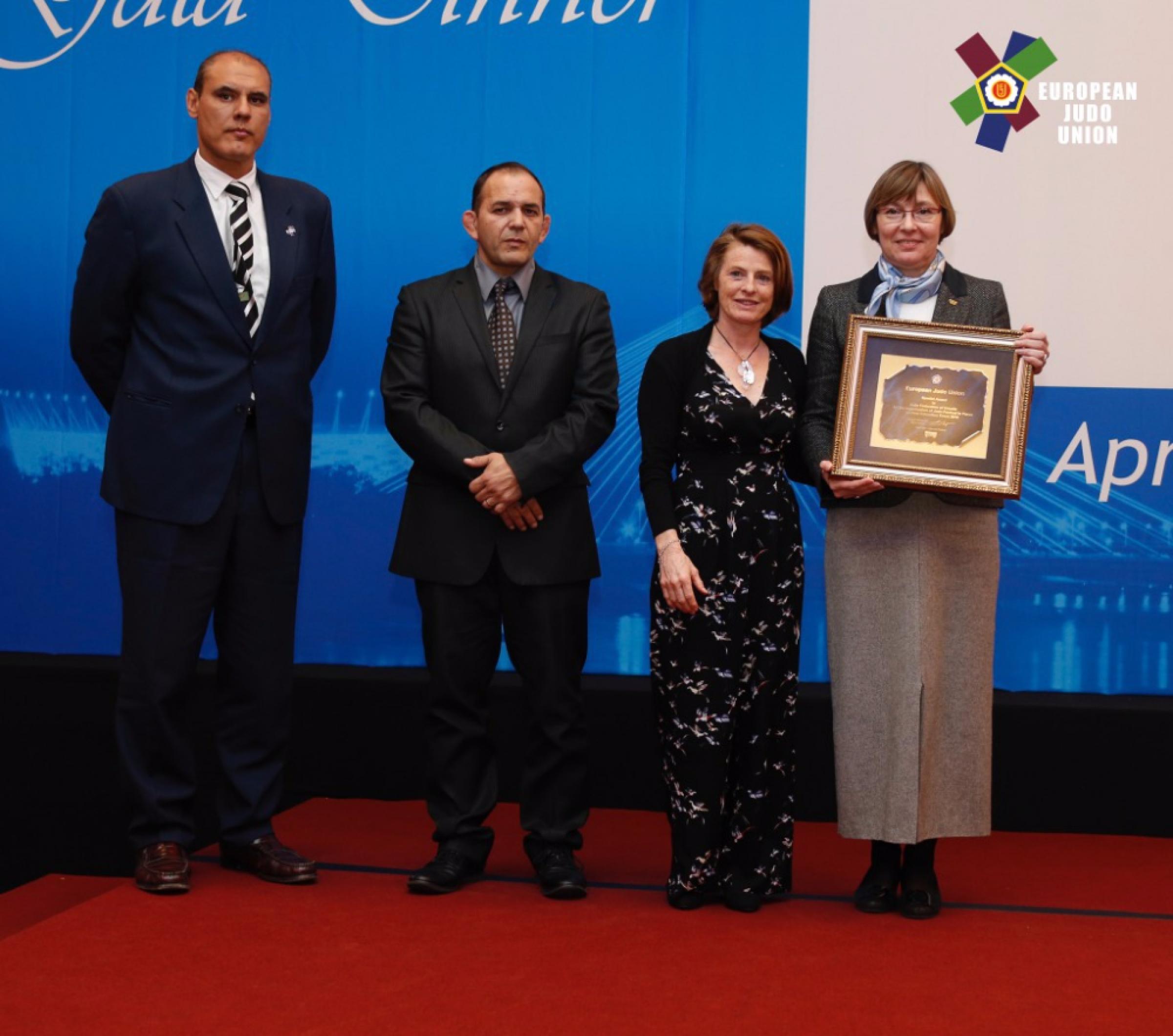 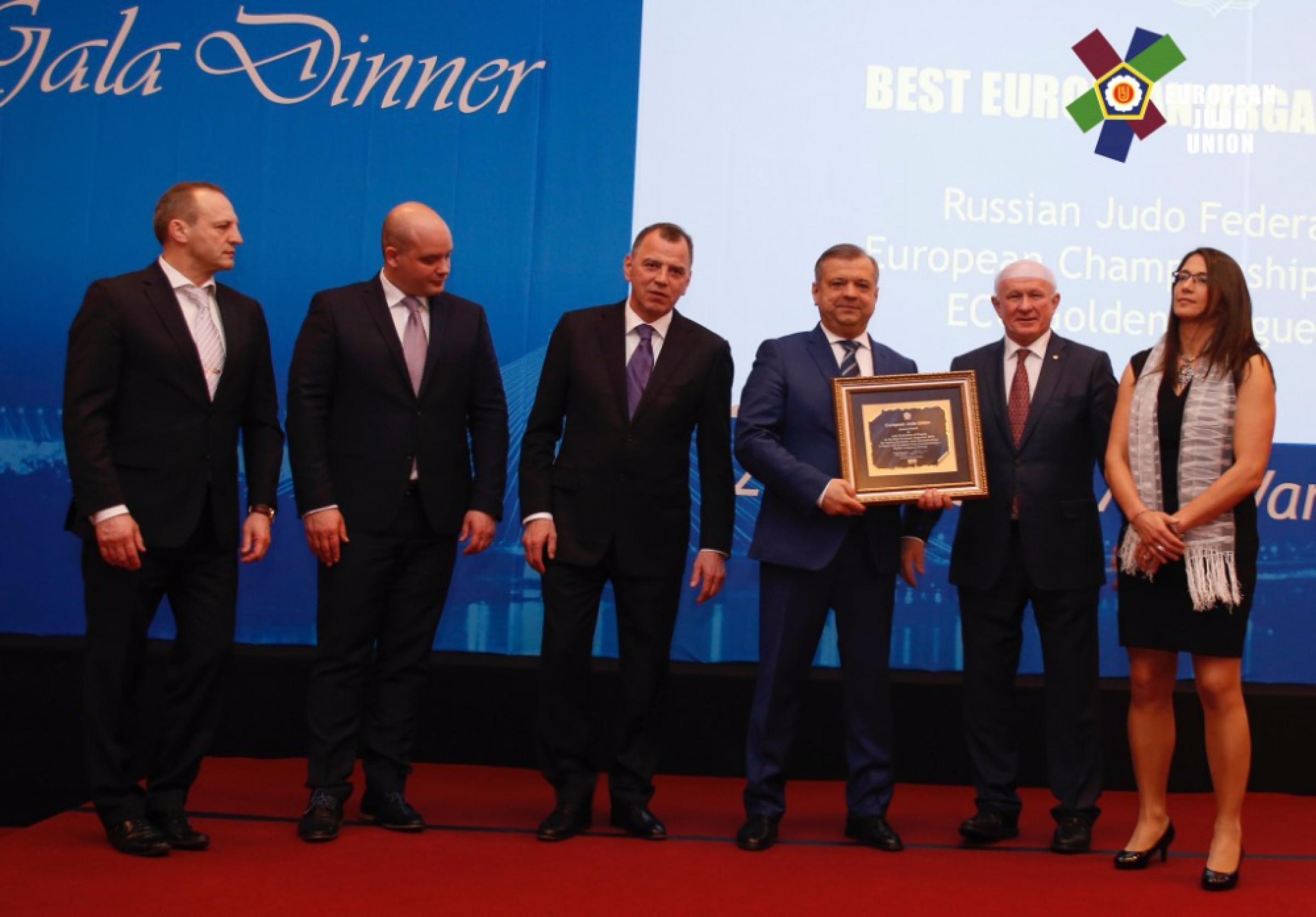 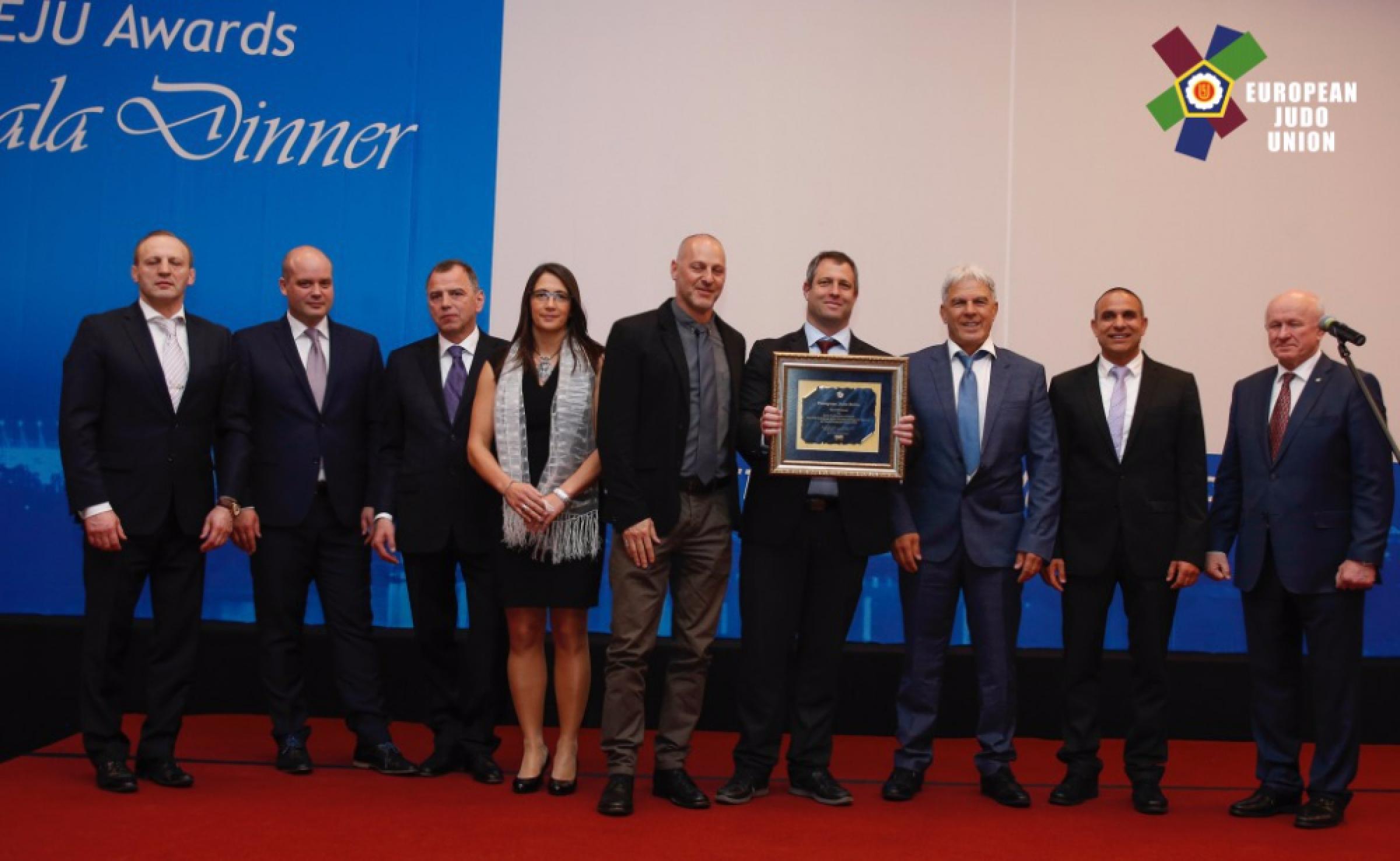 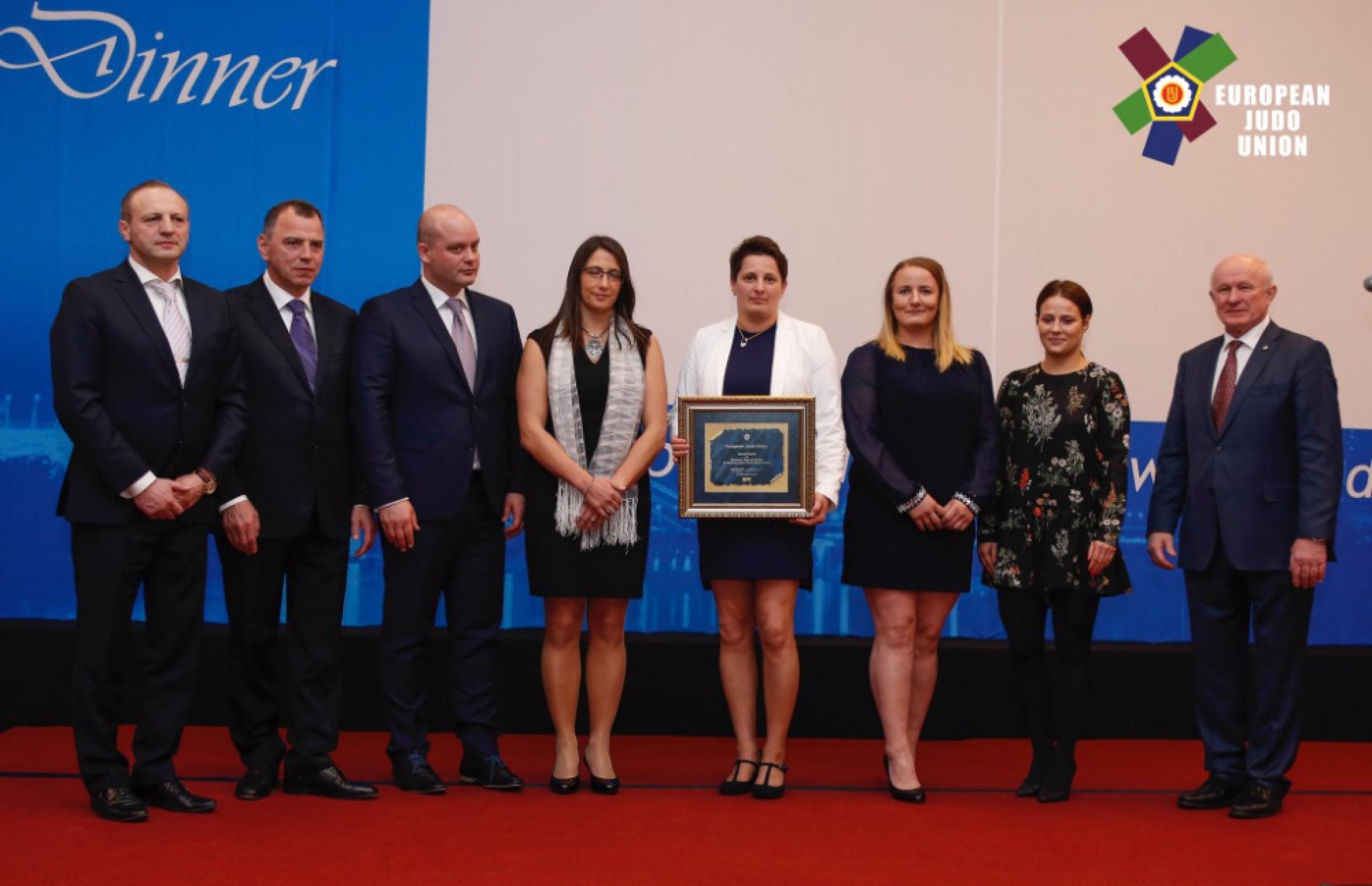 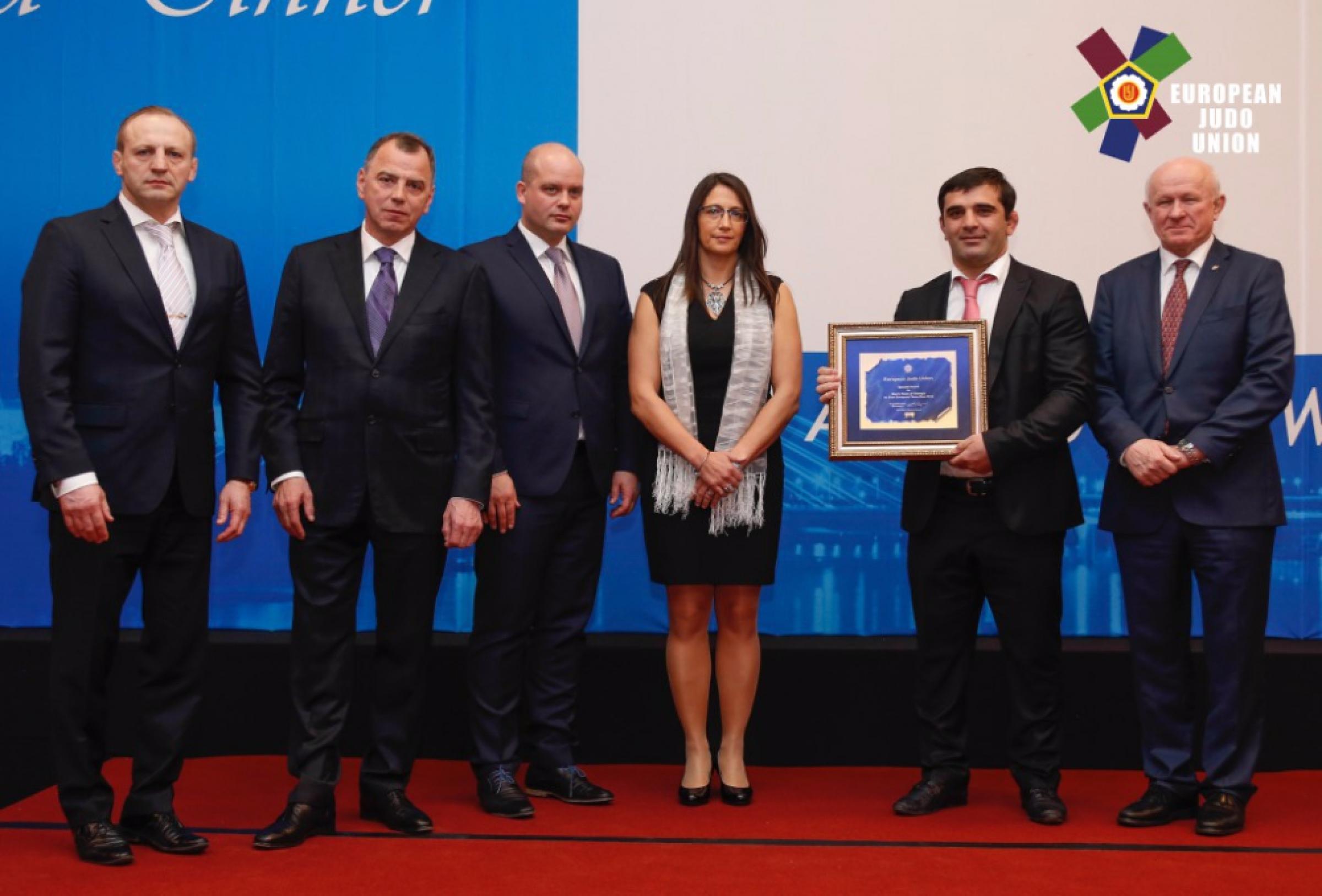 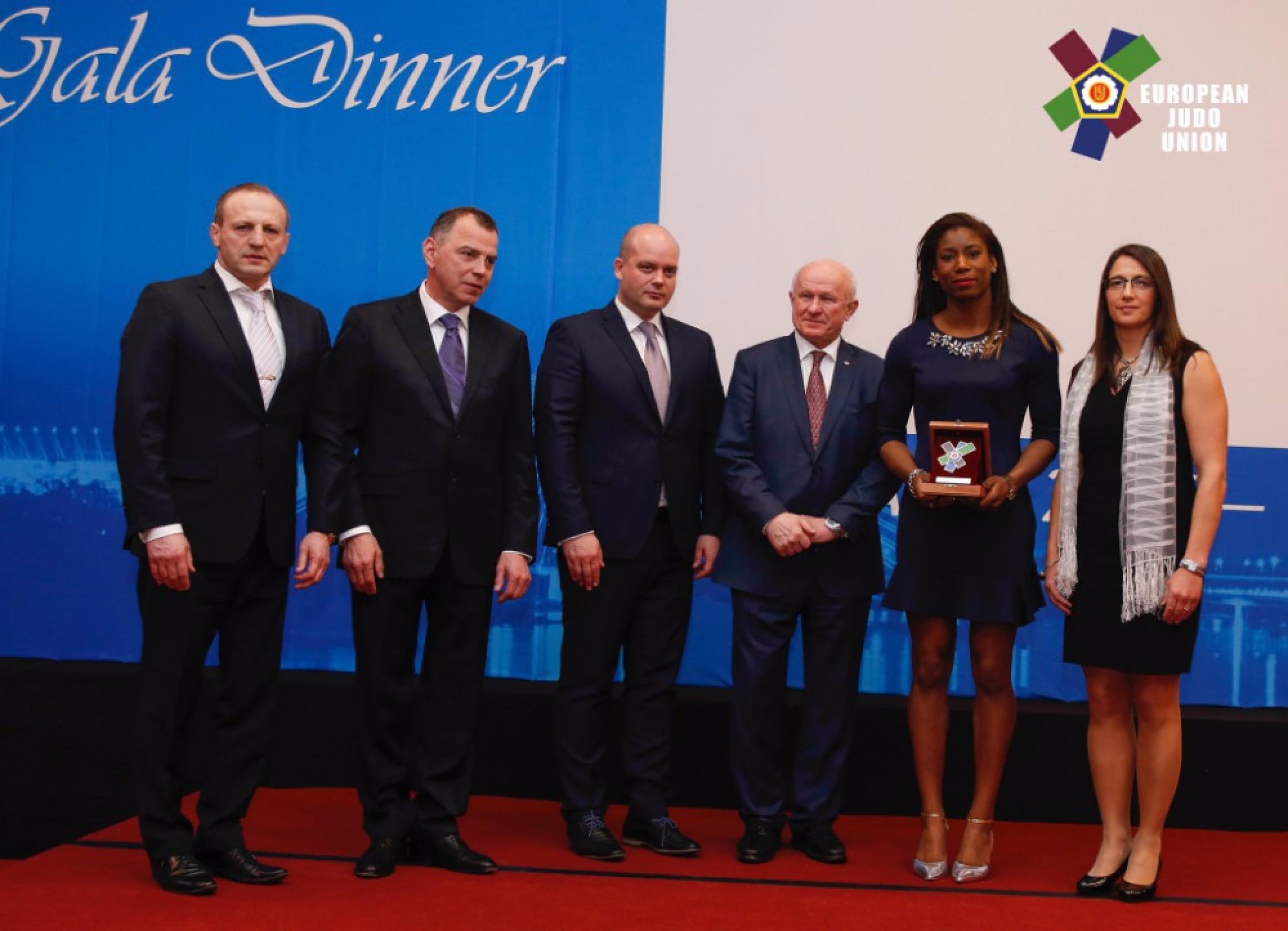 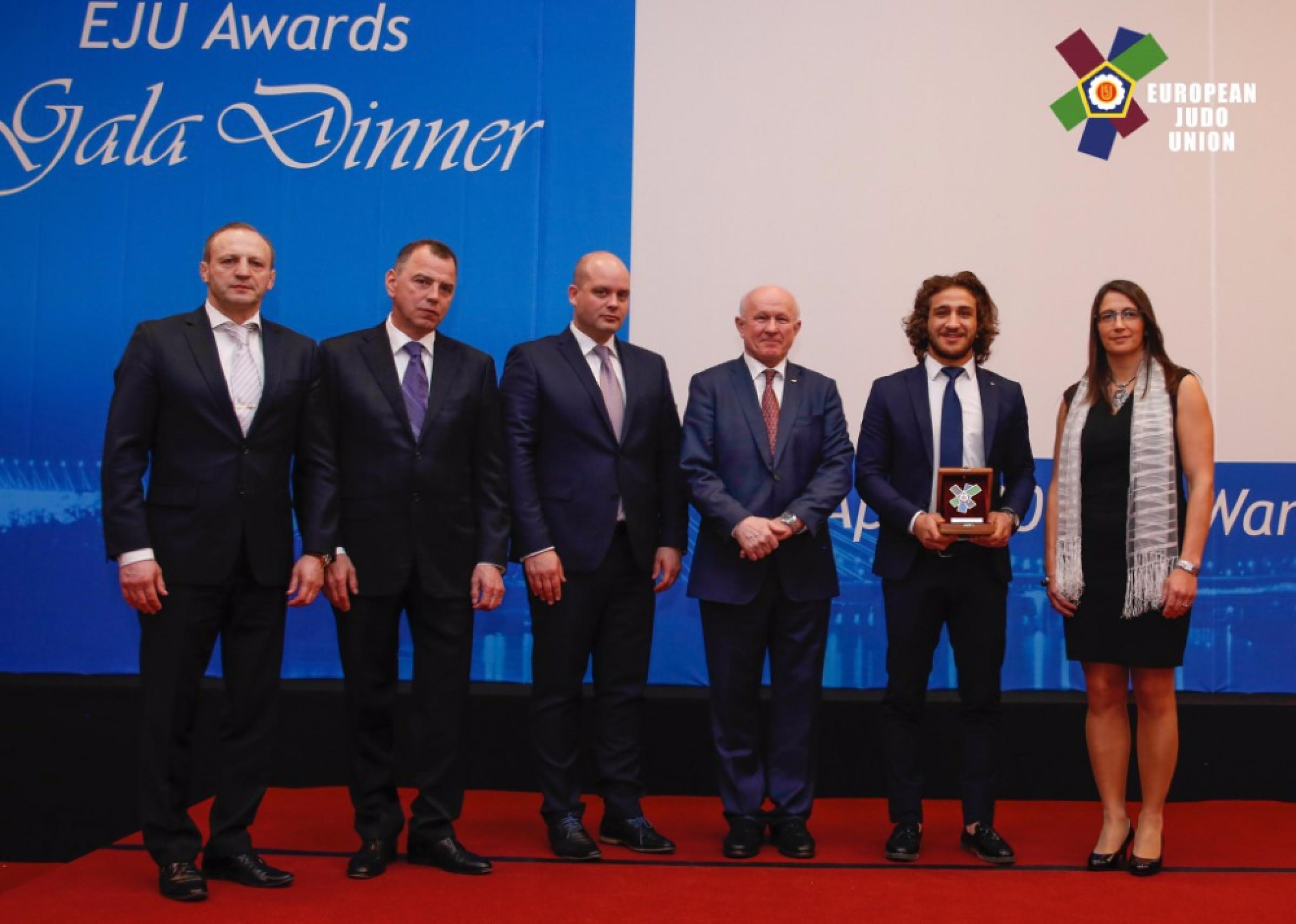 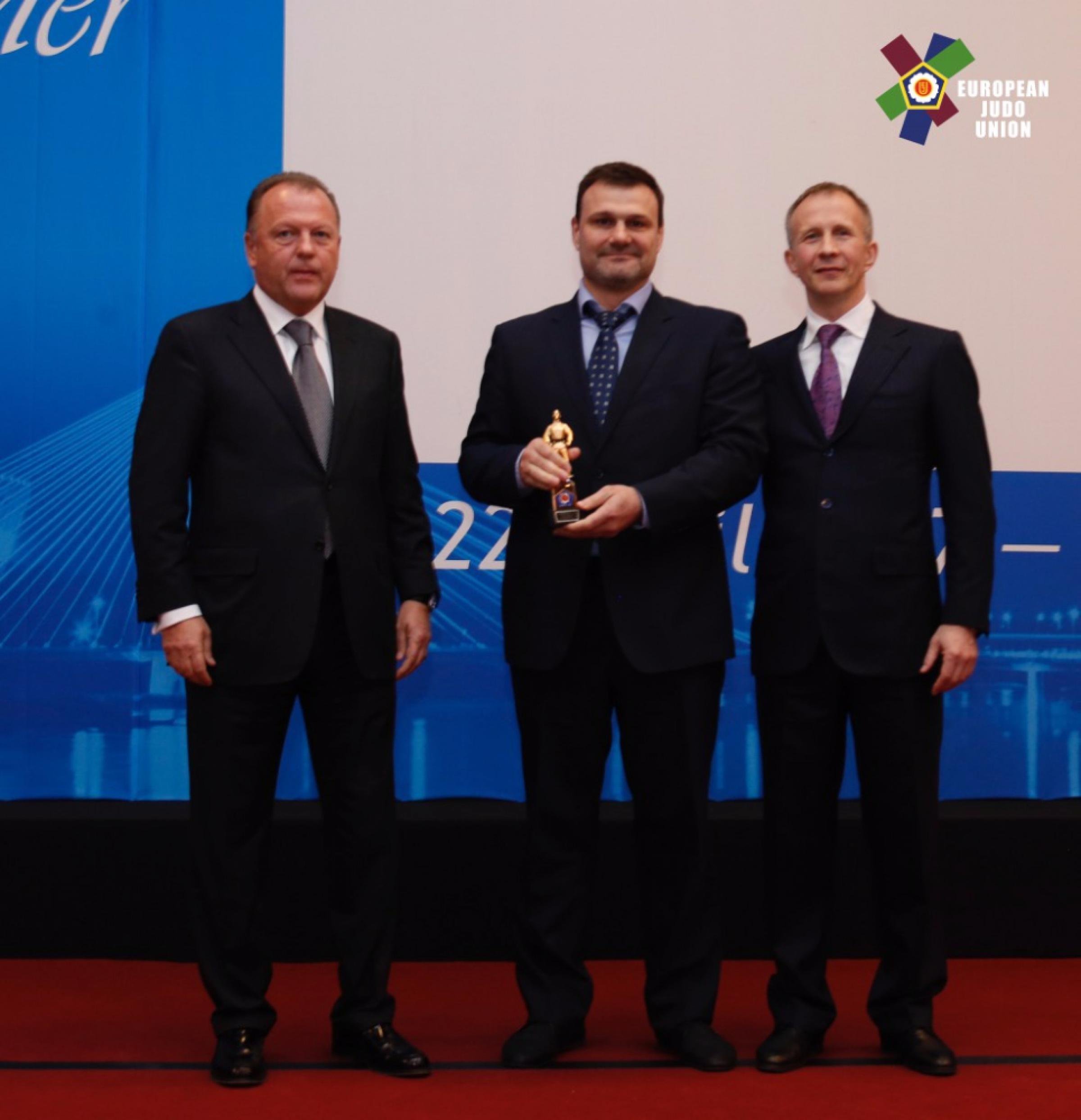 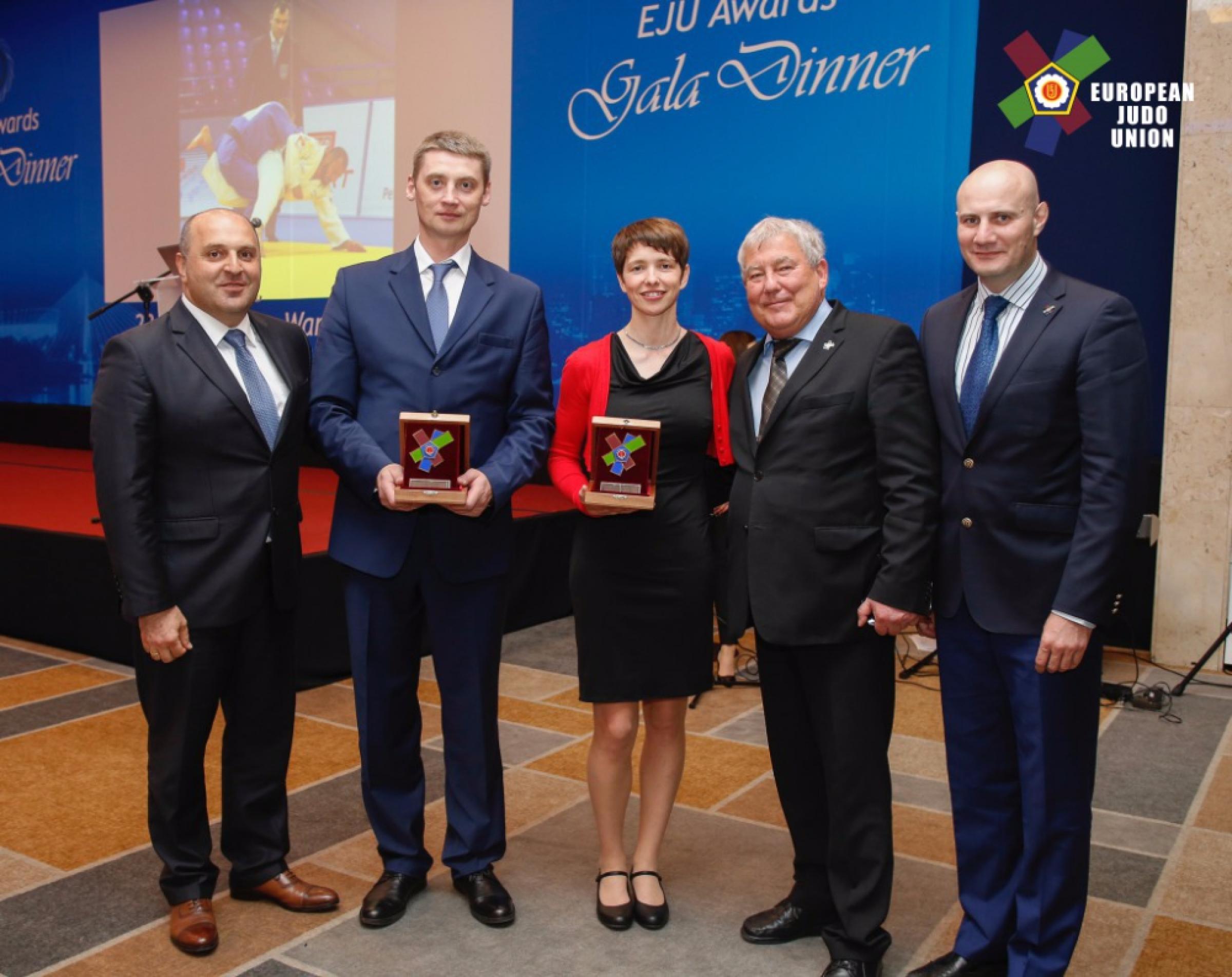 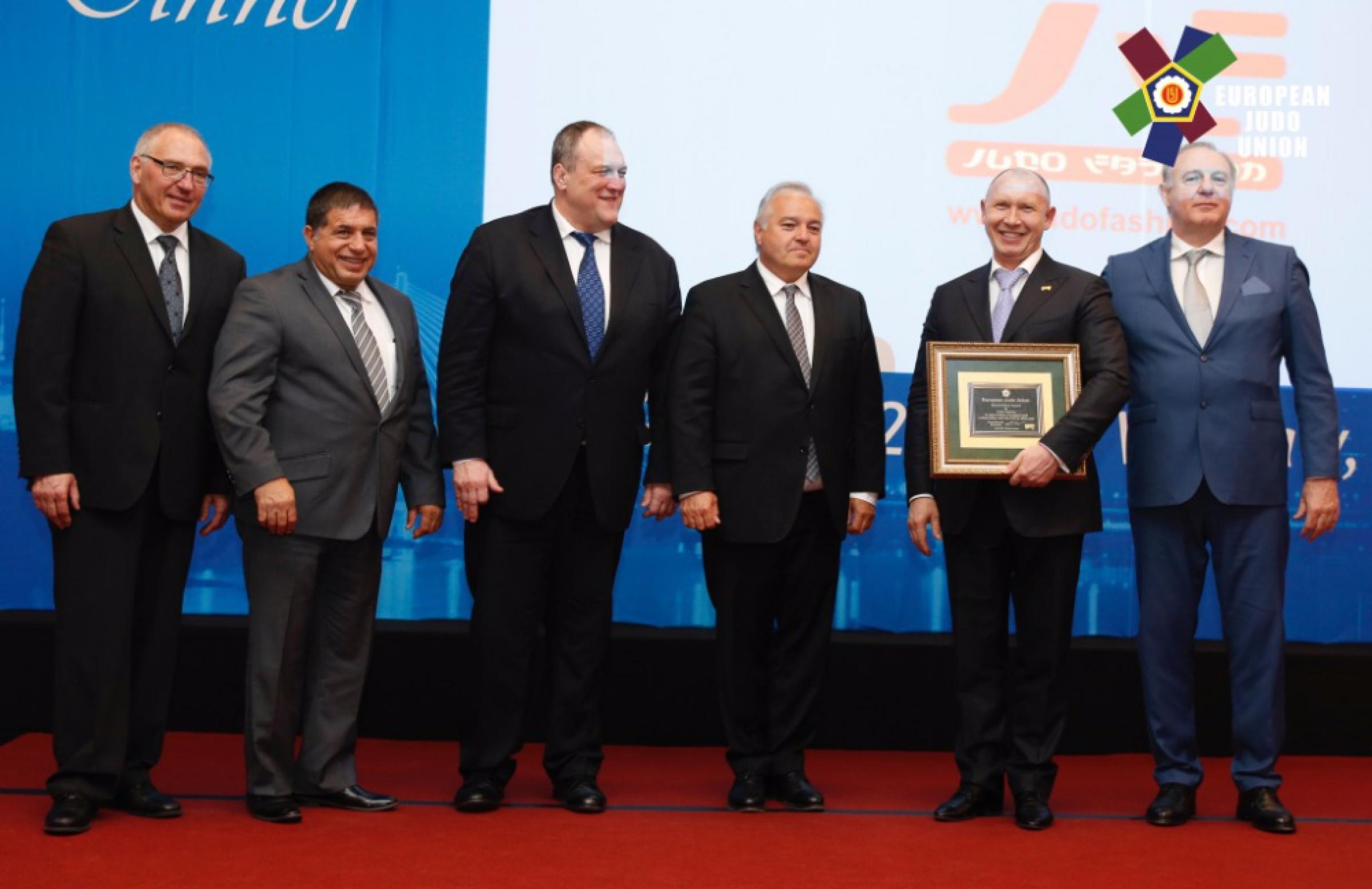 Special award In appreciation of support and collaboration with the EJU in 2016: JudoFashion 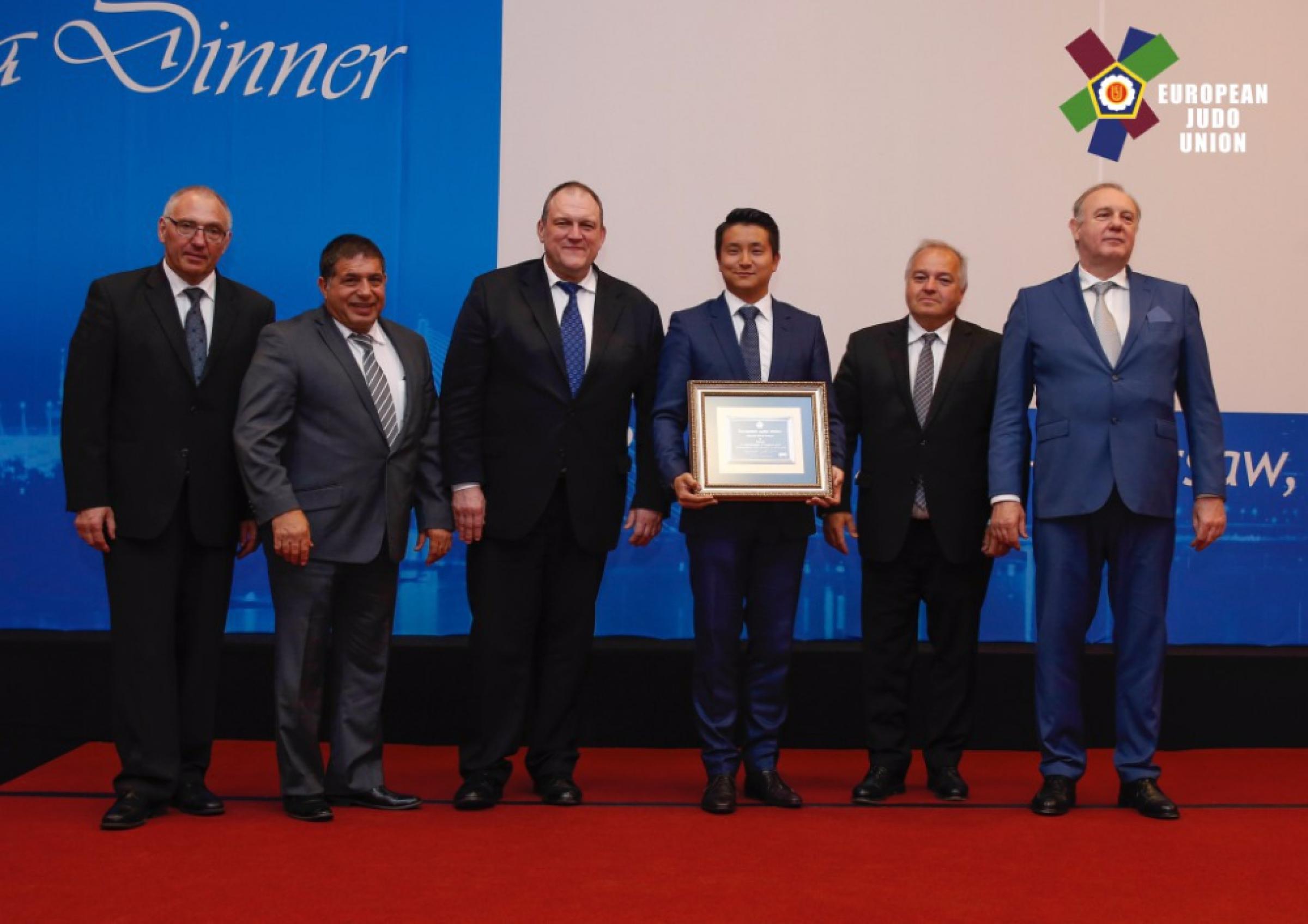 Special award In appreciation of support and collaboration with the EJU in 2016: Daedo 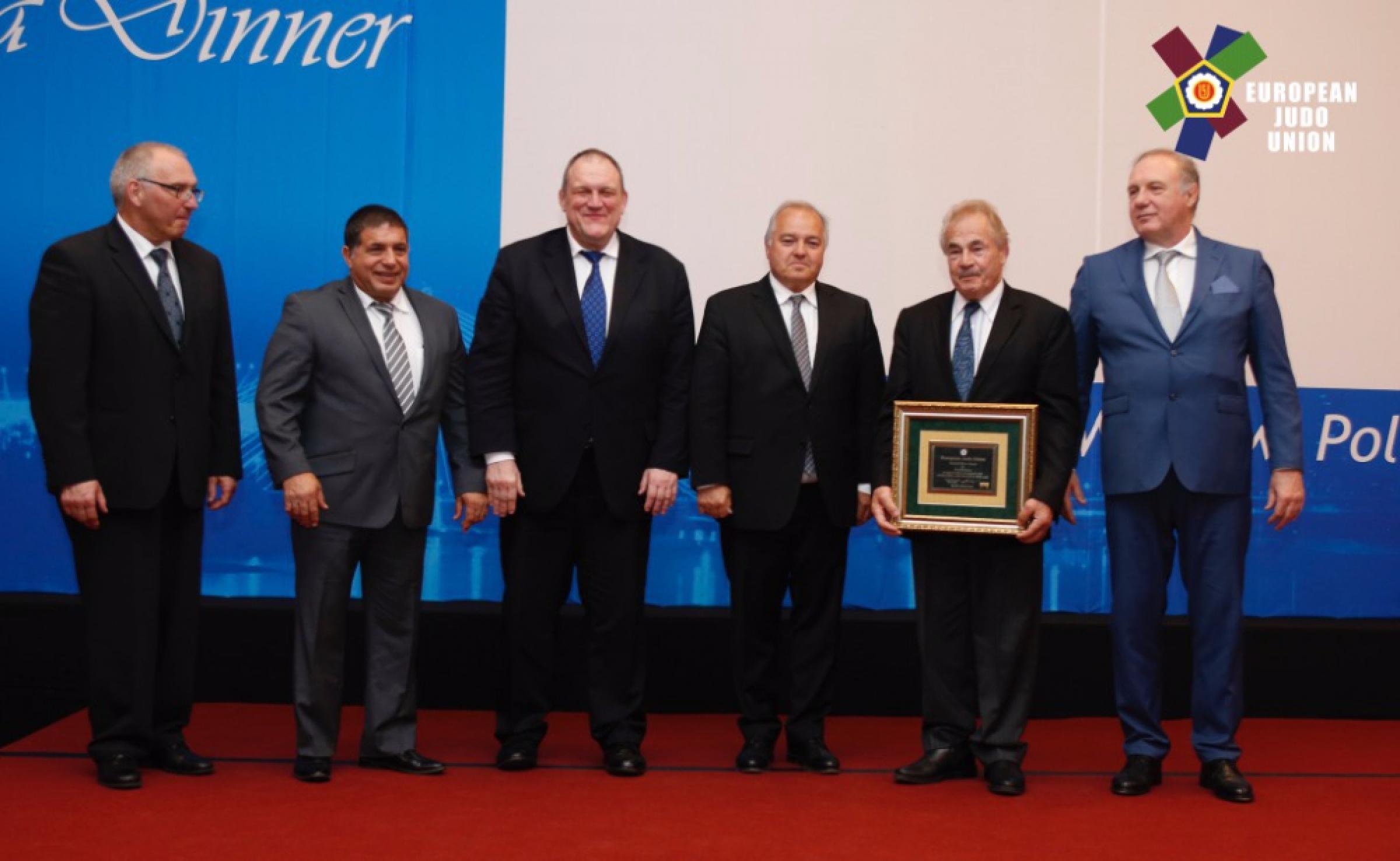 Special award In appreciation of support and collaboration with the EJU in 2016: Noris 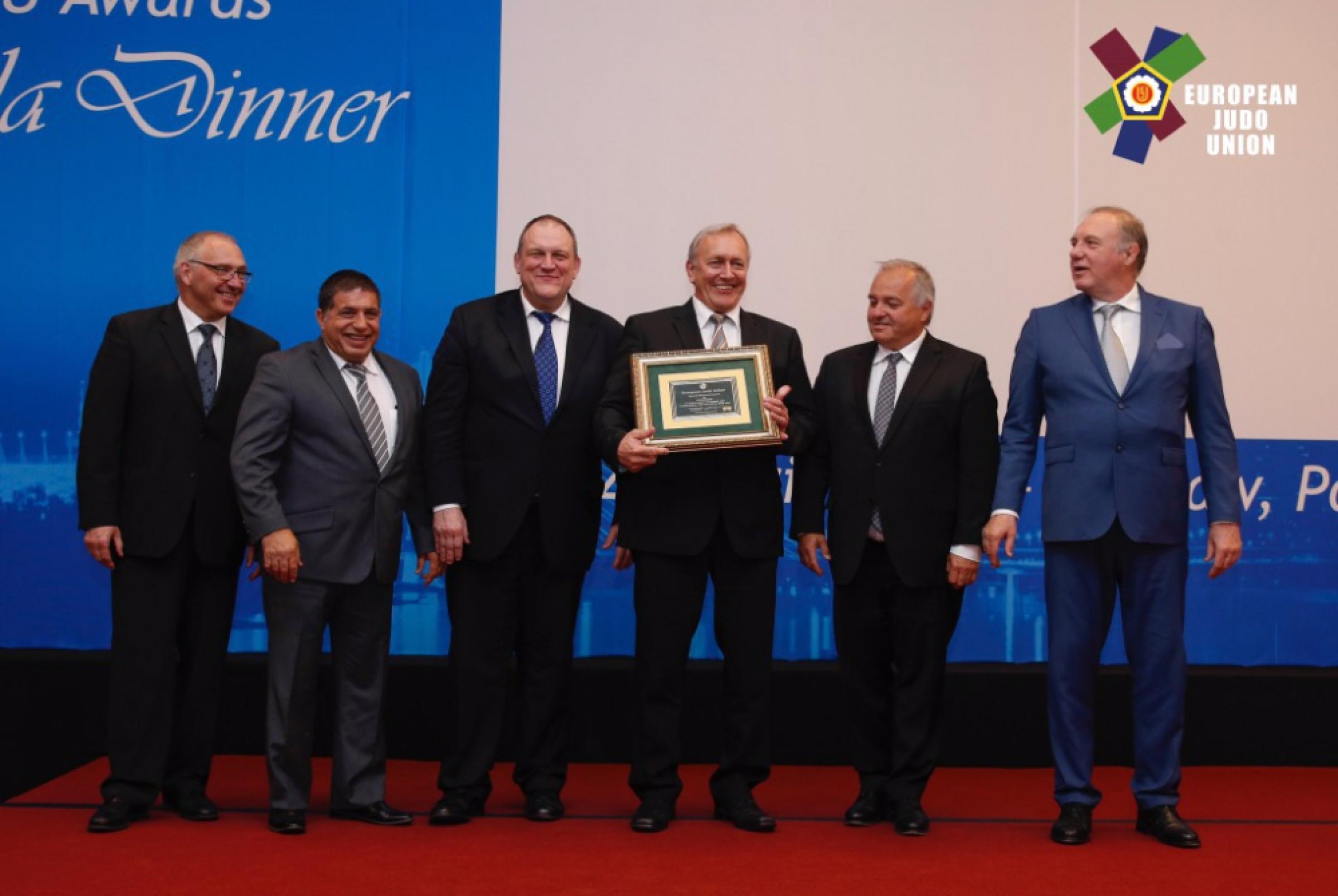 Special award In appreciation of support and collaboration with the EJU in 2016: Ipponshop 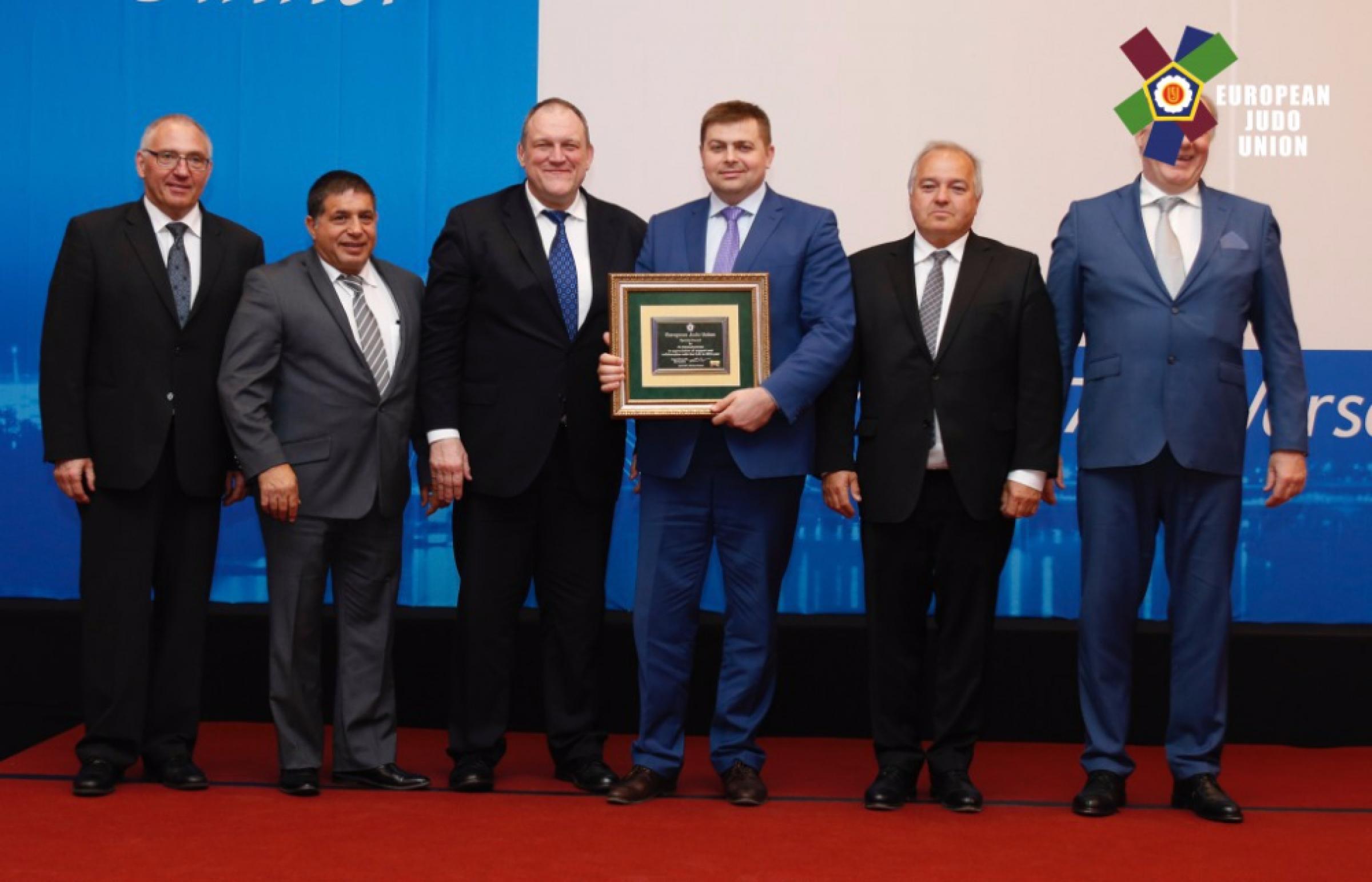 Special award In appreciation of support and collaboration with the EJU in 2016: Petrogastech 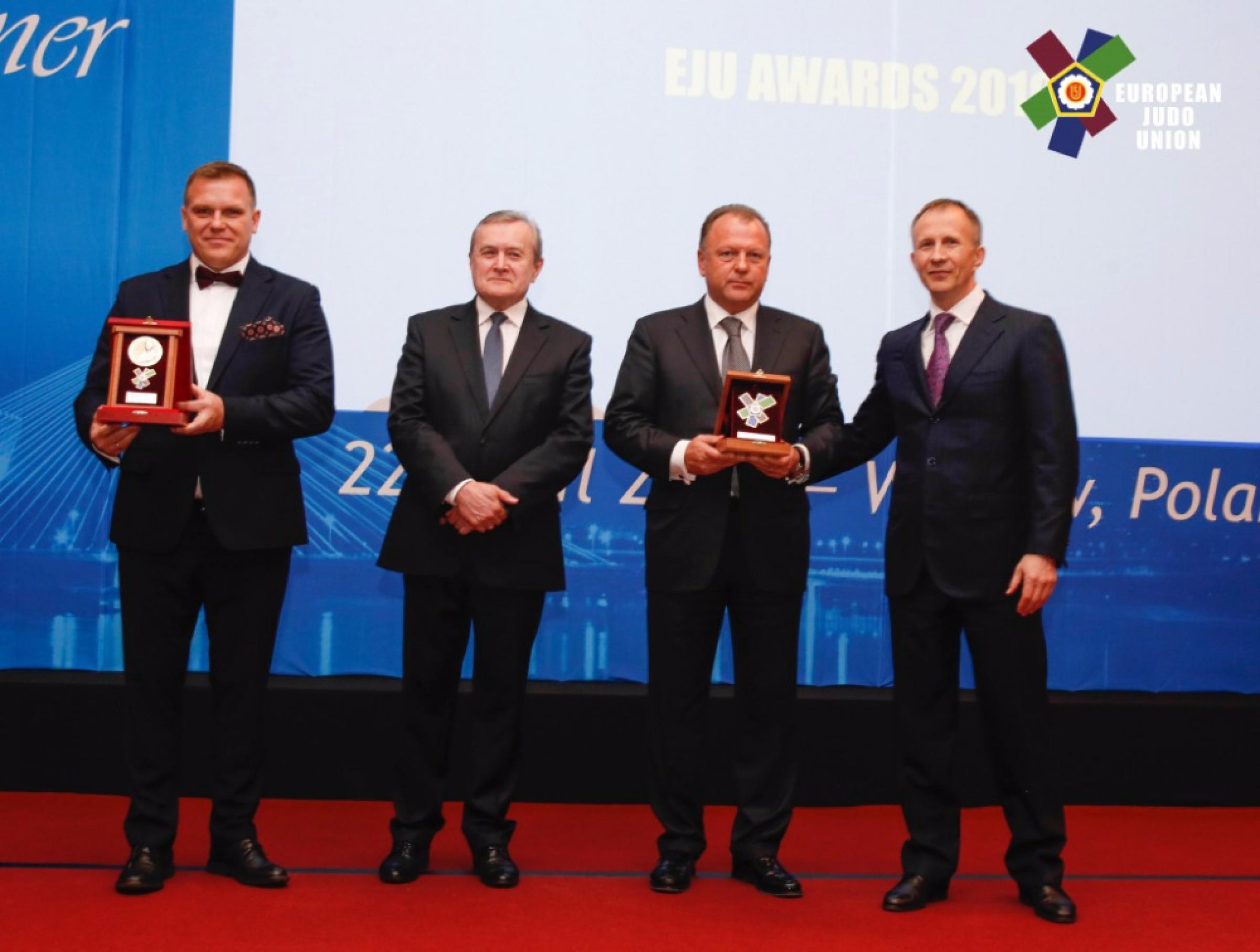