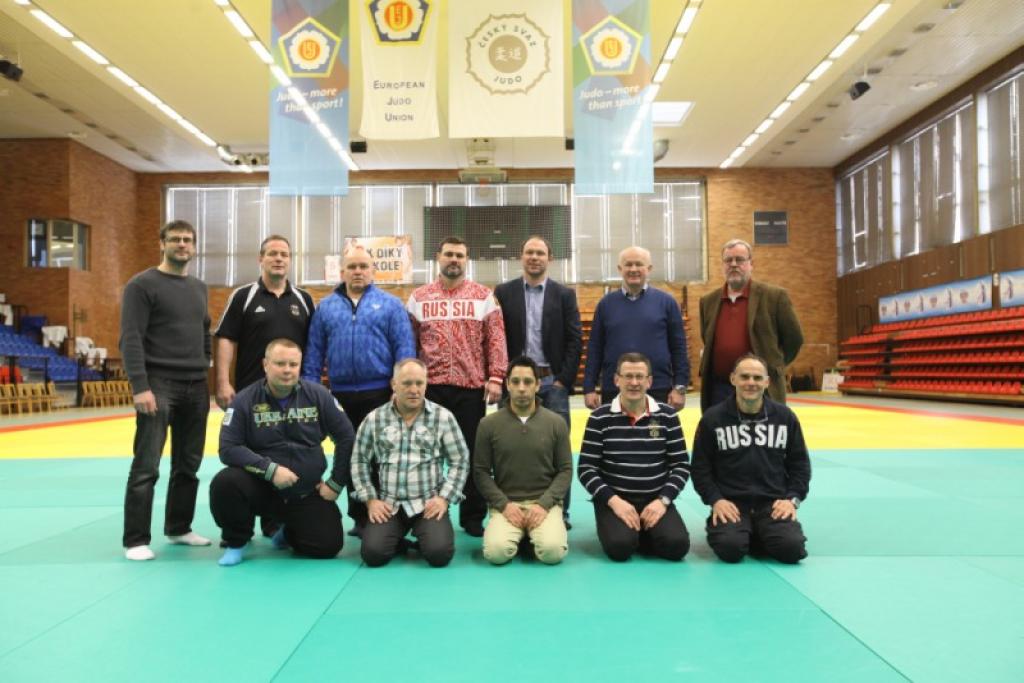 This weekend the first EJU Coaches Commission meeting of this year took place at the Sports Complex of the Olympic Training Center „Going for Gold” in Nymburk.

The meeting was opened by EJU Vice President Michal Vachun reviewed the successful Olympic period and thanked the coaches and especially the coordinator Ezio Gamba for his tremendous efforts in developing top judo in Europa. Ezio Gamba will continue engagement in the commission in his new capacity as a member of President´s Advisory Board.

The OTC “Going for Gold” was especially initiated and developed to stimulate the European performances at top level and the Olympic Games were the platform where these successes paid out.

The commission is chaired by Alexander Jatskevitch, EJU Sports Director. In the meeting the new members of the Coach Commission were presented:

The functional obligations in the EJU Coaches Commission were discussed and EJU Referee Commissioner Bernd Achilles presented statistics concerning the  implementation of the new rules in the beginning of 2013. The statistics are showing a positive development of judo. But obviously also some negative facts were discussed such as to fast quick shido’s and incorrect judogi control were discussed.

Also the European Championships U23 was discussed and the coaches support continuation of this age category.

An important topic in the coach commission meeting were the proposals regarding future Olympic Training Centers. New hosting locations should still be explored to improve the training and educational process.

Special guest Thierry Loison demonstrated the impressive Coach Platform with match analyses and automatically generated statistics which can be very helpful to coaches and athletes. The EJU database is the biggest video archive in the world and contains thousands of international matches that can help in the analysis of athletes and opponents.

The OTC in Nymburk continues with renewed inspiration for the EJU Coaches commission.

If you want to apply for extra support for your athletes, fill in the form TODAY!