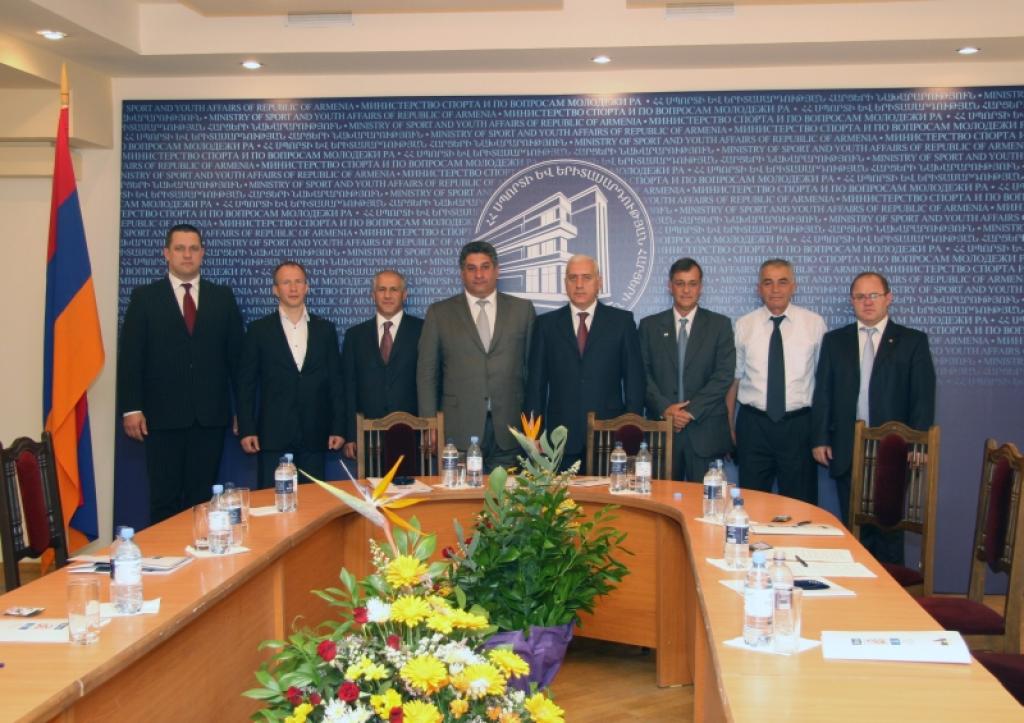 In advance of the European U20 Championships, to be held as of Friday 11 September, EJU President Sergey Soloveychik visited the Armenian Government, among them the Minister of Sports and youth affairs of the Republic of Armenia Armen Grigoryan.

Goal was to confirm the security of the Azerbaijan delegation and in general all guarantees and visa support for all country members of the EJU in a signed memorandum.

A delegation of eight people were present at the meeting, among them President Sergey Soloveychik and Mr.Azad Rahimov, Minister of Youth and Sports and Vice-President of the National Olympic Commitee of Azerbaijan.

The EJU delegation was also present to promote Judo for Peace in the region.

Judo in Armenia
Armenia is has been host of previous European Championships before. In 2003 Armenia organised the European U20 Championship in Yerevan where the host country was extremely successful winning seven medals. Amongst the medals, the gold medal for Armen Nazaryan U60kg.
Nazaryan is the only European Champion of Armenia, wining the gold in 2005 in Rotterdam.

Last year Armenia won a silver medal at the U20 Europeans in Warsaw by Artyom Baghdasaryan U73kg.

Currently Hovhannes Davtyan is Armenia’s best representative, winning a bronze medal in the U60kg weight class at the recent World Championships in Rotterdam.