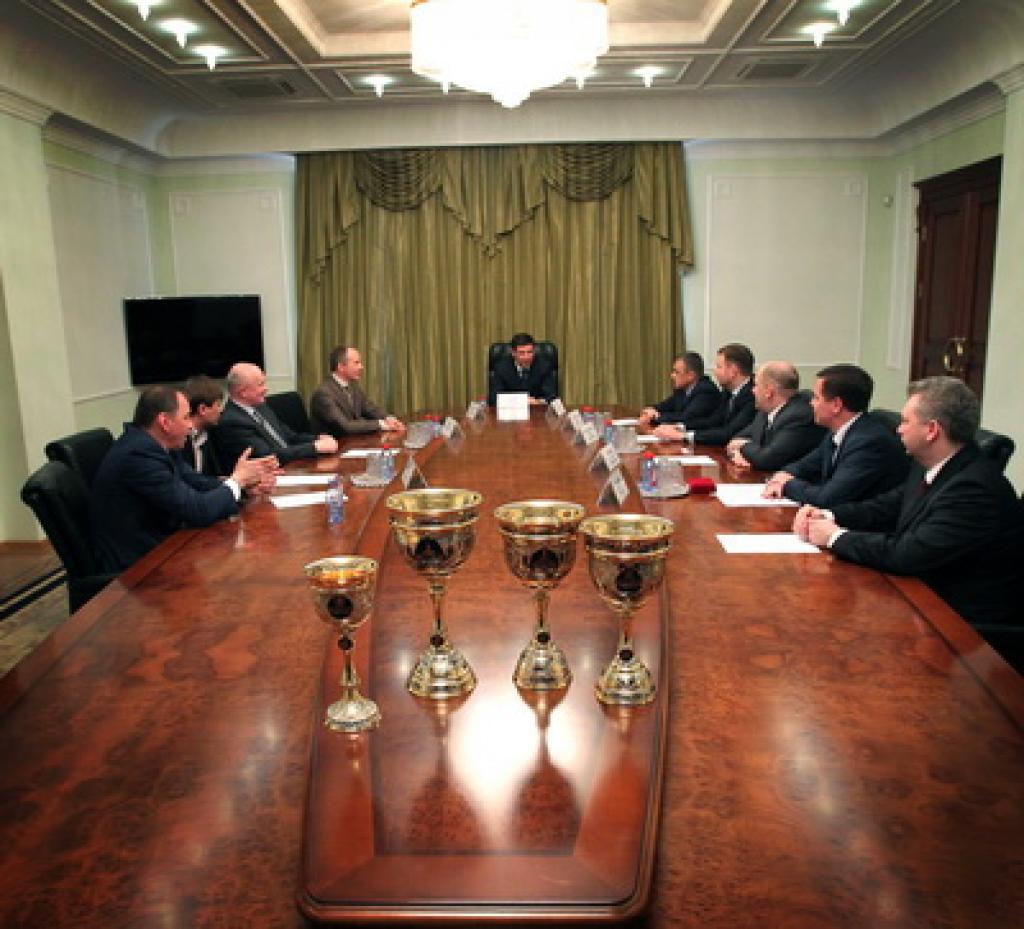 The Delegation of the European Judo Union praised the willingness of Chelyabinsk for the upcoming European Championship – three weeks before the great sporting event Commission recently checked the condition of the major championship’s places.

The president of the European Judo Union Sergey Soloveychik, Vice-president Michael Vachun (Czech Republic) and sports director Pavel Yasenovsky (Belarus) came to the South Ural’s capital. The delegation visited Ice Arena “Tractor”, Sports Palace “Unost” and hotels where the athletes, judges and guests will live. The meeting with the governor of Chelyabinsk region Mikhail Yurevich was devoted to the results of the visit.

“European Judo Union would like to thank our Chelyabinsk colleagues for the work they have already done. But do not relax. The last days of preparations are the most responsible. I don’t see any big problems, everything is as it should be three weeks before the start of the competition,” Sergey Soloveychik said.

The head of the region Mikhail Yurevich said that now, after a long winter, the city needs a general cleaning. He assured the foreign organizers – the streets of Chelyabinsk will be tidied up
before the championship. “The cleaning will take two weeks, but we need a warm temperature. The next week it will be warmer, so our city will be clean for the European Championship in Judo. Everything is ready, I think, we will hold the championship at a good level, athletes will be content,” the governor said.

Sergey Soloveychik said that he was glad that the European Championship will be held exactly in Chelyabinsk. “I called here about 20 presidents of the European Judo National Federations. These are people who have some weight in politics and business in their own countries. I would like them to see that Russia is not only Moscow. They will see how seriously other Russian cities take sport events. And of course, they will meet the local businessmen and politicians, and come back home with good impression. It will be not only sporting, but also a political event,” Sergey Soloveychik said.

After the meeting at the governor’s residence Mikhail Yurevich presented to representatives of the European Judo Union commemorative collectible coins issued by the Bank of Russia for the competition.

The guests were shown the cups that will become the awards for winners of the championship. The cups were made in Zlatoust. Sergey Soloveychik praised the work of South Ural masters, expressing confidence that the event will be as beautiful as cups are.

Watch the pictures of all preparations here:
http://bit.ly/tgEpbv