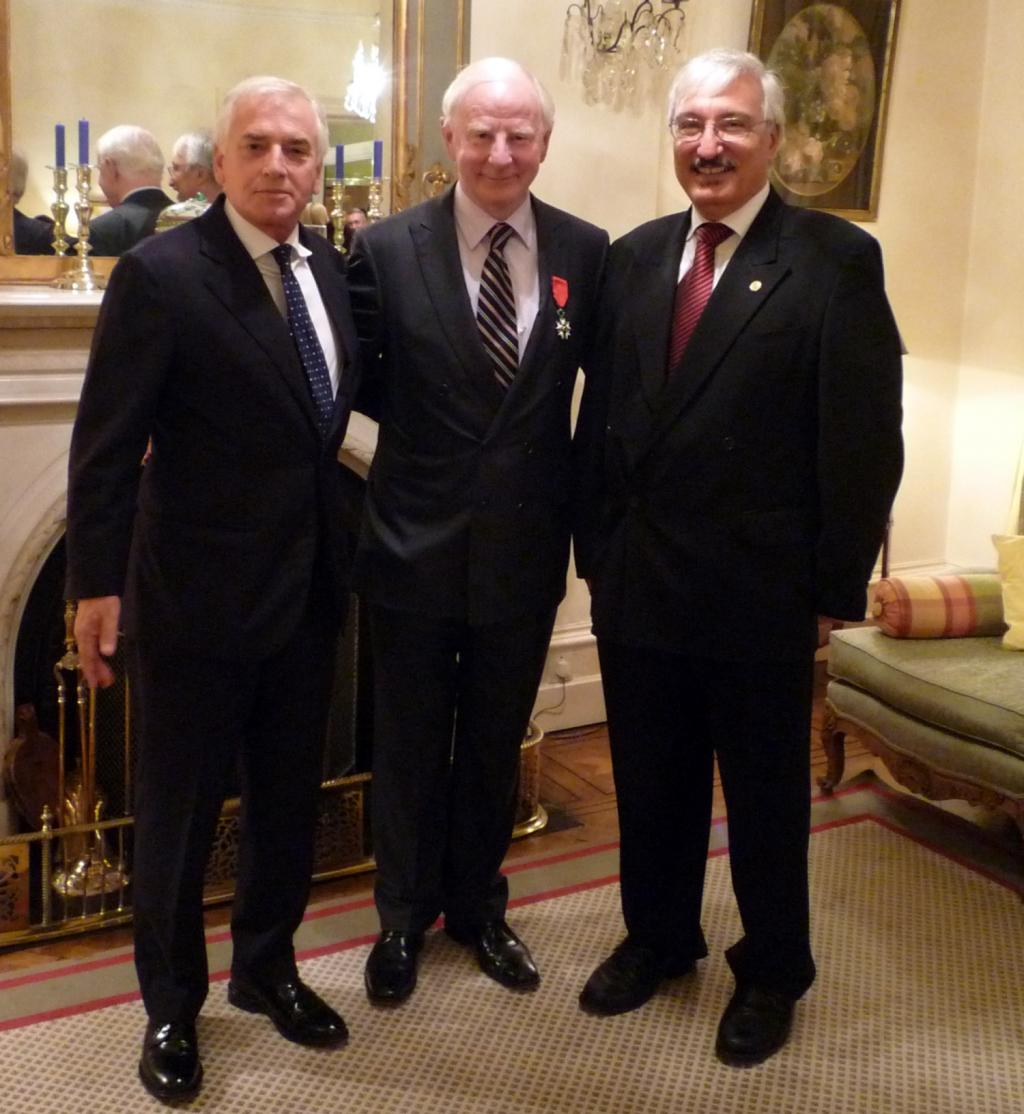 Honorary member of the EJU and Irish IOC member Patrick Hickey has been awarded the Légion d’honneur.
Pat Hickey received the Légion d’Honneur from the Ambassador of France – Madame Emmanuelle D’Achon. The reception took place at the Residence of the Embassy of France in Dublin last week and was attended by 100 guests. For his role in the Olympic movement as President of European Olympic Committees, President of Olympic Council of Ireland, Member of the International Olympic Committee and Vice-President of the World Olympic Committees – Pat Hickey was knighted in the order of the Legion of Honour by the French government for his contribution to Olympic sport. The Legion of Honour is one of the most prestigious honours by the French Republic and is awarded for outstanding service.