"EJU IS THE ENGINE OF JUDO IN THE WORLD" 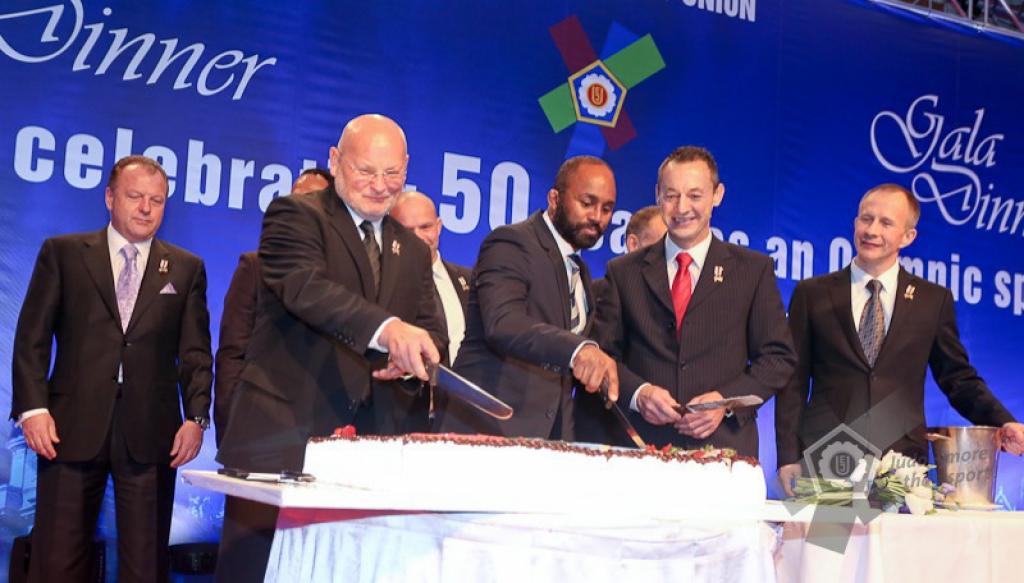 The EJU’s celebrations to mark the 50th Anniversary of Judo as an Olympic sport culminated at a Gala Dinner in Zagreb this weekend. Judo’s first inclusion in the Olympic Games in Tokyo in 1964 is best remembered for the milestone victory by Dutchman Anton Geesink who won gold, becoming the first European Judoka to break the stranglehold of the sport’s home country.

Patrick Hickey, EJU Honorary member and president of the European Olympic Committee has unforgettable memories concerning this iconic moment: “It was so special when Anton Geesink won the gold medal in Tokyo. Up to that point the Japanese thought they were invincible and nobody could beat them. This triumph was a great achievement and it will be always in my memory.”

The president of the European Judo Union Sergey Soloveychik recalled that this victory was the first victory of European Judo athletes and maybe the signal for a long and successful period. His thoughts were confirmed by Marius Vizer, president of the International Judo Federation and president of SportAccord: “The EJU is the engine of Judo in the world because it is the most well structured continental union with 50 federations, top athletes, the most events and a willingness to share their experience with the other continents and the other national federations.“

For Sergey Soloveychik the secret of success is firstly, the hard working nations, coaches and athletes. And secondly the wide range of programs that forms strong teams of athletes, referees and coaches. “We corporate closely with the federations and they are involved in all our programs like the Olympic Training Camps (#JudoOTC), Improve your Club (#improveyourclub) or [email protected] (#judoatschool). This is our secret.”

In contrast to Judo, Wrestling was close to being removed from the Olympic program. But Patrick Hickey reassured: “Internally within the IOC we have a big lobby protecting Judo and we have seen the potential danger many years ago. Together with the IJF president Marius Vizer I was worked with him to make sure that Judo would never ever be in danger.

But it is a continuous process to ensure that at the Olympic Games Judo remains one of the most popular sports. This is best achieved by very big audiences and the record of wide medal distribution all around the world.” Marius Vizer commented: “2007 we embarked on a global reform of sport Judo and improved Judo’s standards to such a degree that Judo jumped into the third Olympic category, something that had never in any kind of discussion been considered but yet was the decision of the IOC. We are doing our best to enter a team competition in the program and even to obtain as soon as possible entry in the second Olympic category.”

Some former Olympic medallists bring their vast experience and skills to the EJU and work closely in EJU commissions and projects. For this reason Marius Vizer, Sergey Soloveychik and Zlatko Matesa (President of Croatian Olympic Committee) gave special Awards to these Olympians.

Here are the Award winners:

Below you can see the fascinating moment from the final in the open category 1964 in Tokyo.

For impressions from the gala dinner please click here: www.eju.net/media/?mode=showEvent&id=1895