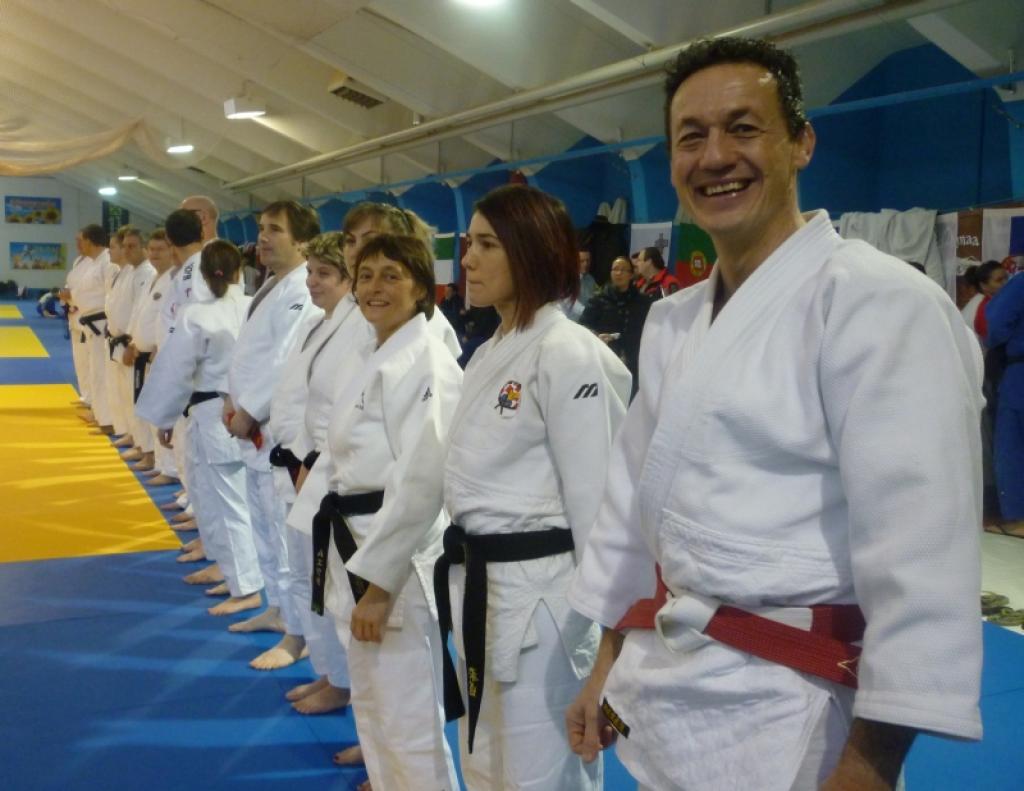 On Monday the EJU OTC in Mittersill was opened by EJU president Sergey Soloveychik. More than 680 participants of more than 30 countries are training in the Austrian mountain area and next week more judoka will follow after the IJF World Masters in Almaty, Kazachstan. Mittersill is the biggest training camp in the World.

The OTC in Mittersill is one of the expected training centres this year in Europe. Mittersill is also a combination of the European Referee Seminar where coaches came together to debate and practise about the new rules and innovative discussions to improve judo.

Also many coaches were present to join the training and improve the skills. In the beautiful environment of healthy air and sunny circumstances the judoka had the perfect training accommodation in the good sports hotel in Mittersill. Not only federations, but also club coaches and their judoka took advantage to train with the best athletes in Europe.

A strong team of Austria and Russia is present, a few of the leading nations participating at OTC’s. As well as a big team from Germany, Belgian judoka and a team from Slovenia, Italy, Netherlands, Switzerland, Hungary and many other participating nations.

When new teams arrive after Kazachstan the number of partipants will reach more than 700.

The Directing Committee of the European Judo Union and its president Sergey Soloveychik opened the OTC on Monday morning.

The EJU will organise more OTCs this year and many federations have already committed to organise these successful training meetings in order to raise the level of European judo.
Europe is in a heavy battle with the other continents where Asia is remarkably strong.

European judoka ranked in the top of the World Ranking List are supported to participate. Sports Director of the EJU Densign White who is responsible for the OTCs has communicated the list of athletes for OTCs which judoka wille be supported from the World Ranking as from smaller nations.

For pictures of the OTC in Mittersill visit our media gallery:

If you have recommendations, just visit our Facebook and open new topics.
http://www.facebook.com/pages/European-Judo-Union/256475946911