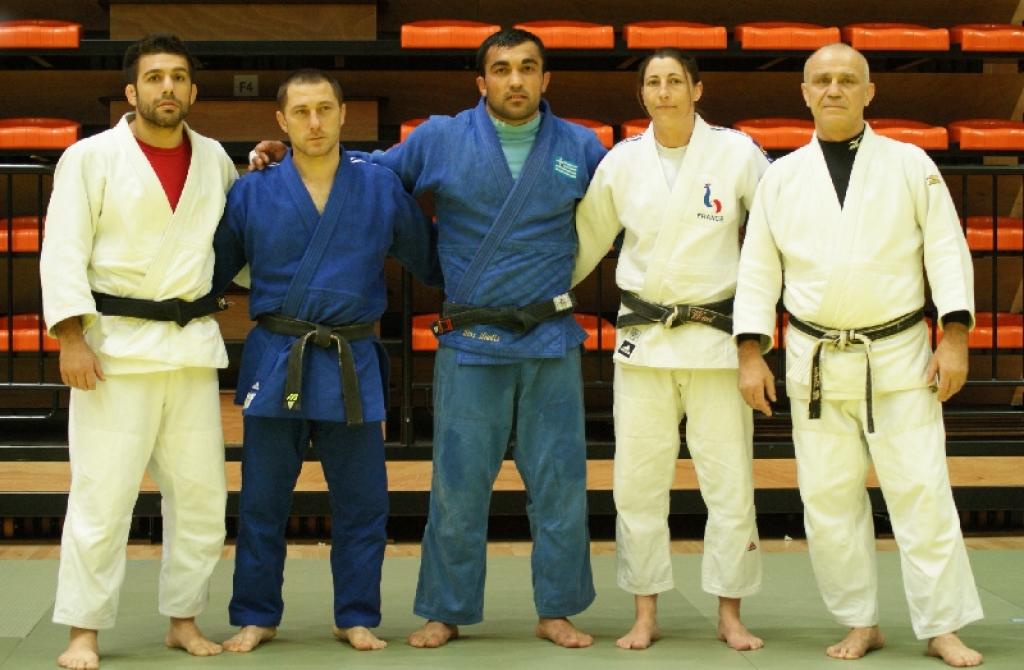 From 8th to 17th March 2012 the Czech Olympic Center in Nymburk was the home of a big family of elite judoka from 37 nations. About 440 competitors, among them 140 women, were matching their skills, strenght and endurance in a daily randori practice. Completed by coaches, medical staff, physios, etc. the total number of participants exceeded 500 for the first time ever in Nymburk. „Going for gold“ is an underlining motto and with EC Chelyabinsk and London 2012 Olympics on the horizon the OTC project introduced in 2010 by EJU President Sergey Soloveychik is proving an increasing gravitation for athletes and coaches.

EJU Head Sports Director Densign White opened the OTC and highlighted participation of athletes outside Europe: „By proposal of the EJU Coaches Commission we openned the OTC to the whole world and athletes of Canada, Algeria, Tunis, Morrocco refreshed lines of European judoka for randori this time“.

Leading European athletes are supported for their staying costs in OTCs from the EJU special fund. The first list of support includes 3 top athletes from the WRL in each category. On a special support list are other athletes with close to medal ambitions. Ezio Gamba who coordinates the EJU coaching body informed: „Our commission recommended that starting from Nymburk maximum 2 athletes per country on both lists combined will get support (in men and women). In this way a significant number of NFs will be supported by the EJU. The big teams as RUS, FRA conceeded their places for the benefit of smaller federations“. Currently the both lists combined include 87 athletes men and women from 40 countries (!). Most of them enjoyed this benefit and attended OTC Nymburk.

The OTC program was designed by EJU VP Michal Vachun in close collaboration with Czech national coach Petr Lacina and consulted with coaches commission. Veteran coach J. Klinger, currently assisting with the British national team, offered his comment: „The training program with specification of each training session down to number and type of randori was great for athetes who new what lies ahead of them. The wave of load and recovery during 10 days was chosen preciselly and was supported by rehab facilities of the center. All together, the training program was really excellent for athletes“. Not to forget, organisation of the camp was punctual and reliable thanks to Czech organizing team led by GS Pavel Volek.

After a weekend of rest top judoka will meet again on Monday 19 March at the OTC of Tata in Hungary for five days of another stage of „Going for Gold“ circuit, sweating together on tatami in training clashes. Some continue from Nymburk and some new judoka will join.

Watch all pictures of the OTC in Nymburk here: