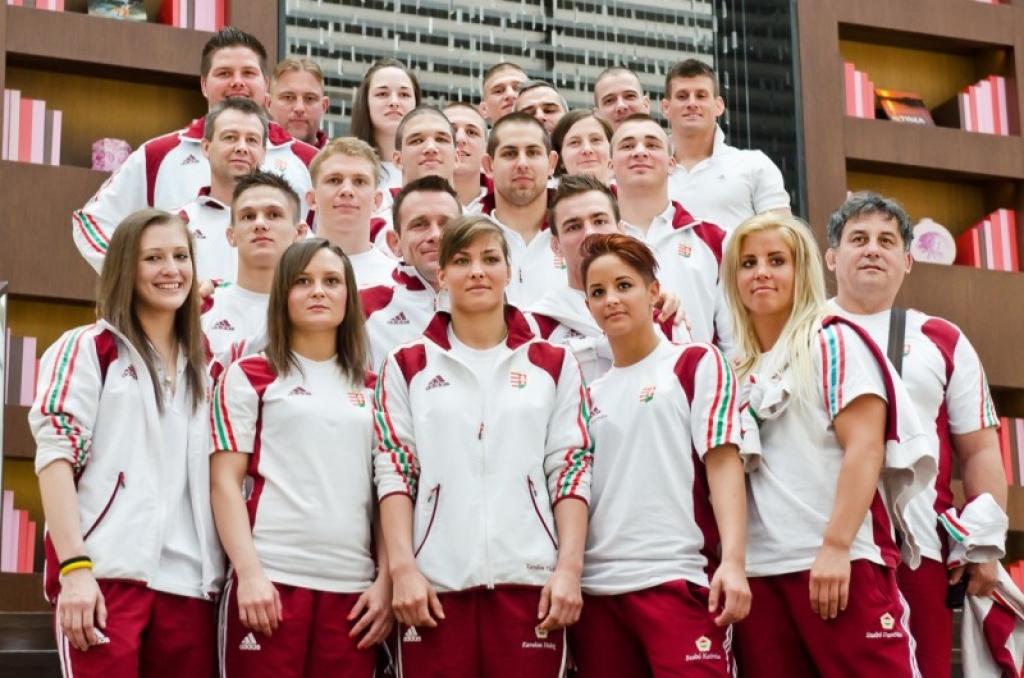 The European Judo Union (EJU) celebrating its 65 th anniversary this year and the Hungarian Judo Association (MJSZ) organize together Hungary’s most prestigious sport event of 2013, the Adidas Judo European Championships between 25 and 28 April in the Papp László Budapest Sportaréna. 410 judokas will take part in the event from 42 countries.

Europe is the most successful continent

Sergey Soloveychik, President of EJU opened the Press Conference. He highlighted that the European Judo Family reached huge success, at the London Olympics Europe was the most successful continent in judo. The president shared his thoughts about the work of the LOC: he told that their situation is difficult because last year Chelyabinsk  (Russia) organized such a wonderful EC on the highest level, with a gigantic budget. But as he saw the hard work of the Hungarian LOC, he hopes that next week there will be a judo festival in Budapest as well.

Dr. István Simicskó, Secretary of State emphasized that the government’s priority is to improve the national sport, this year the Hungarian sport will receive such a huge amount of money as a support that it has never ever got before. The judo is one of the beneficiaries. Knowing the results of the last period, it is absolutely deserved.

Dr. László Tóth, President of the Hungarian Judo Association mentioned first that because of the successful performences in London judo is getting more and more popular in Hungary, the organization of the EC in 2013 is a result of the long-term plan.

„The Hungarian Judo is still rising, our social recognition is growing day by day, and a successful European Championships also can help a lot. From June 2013 the judo will receive the mentioned support from the state, I would like to thank again to the Hungarian government. This amount is about 1 billion HUF, from this money we can develop, buy new properties, improve our youth education, the aspects of students’ sport etc. I hope the EC will be the real festival of judo. I also hope that we can create the same wonderful atmosphere that we could experience at the Ice Hockey Division 1 World Championships.”

1650 euro for the most beautiful IPPON

Zoltán Péter Nagy, Marketing Director of OTP Bank announced that beside the sponsorship they want to motivate the Hungarian judokas, so they offered a special award: for the most wonderful Hungarian Ippon they give 1650 EUR.

Sergey Soloveychik also mentioned that regarding the EC in Budapest they organise a prestigious gala, on the occasion the 65th anniversary of EJU, and with the 29 medals won in London, Europe is the most successful continent ever. At the gala, the most glorious judokas, coaches, events, juries will be rewarded.

Hans van Essen, Media Director of EJU praised the activity of the Hungarian press, he told that beside the Host Broadcaster MTVA, more than 200 media representatives registered for the EC.  About the Press Conference he mentioned: he has never ever experienced such a huge interest at judo Press Conferences so far.