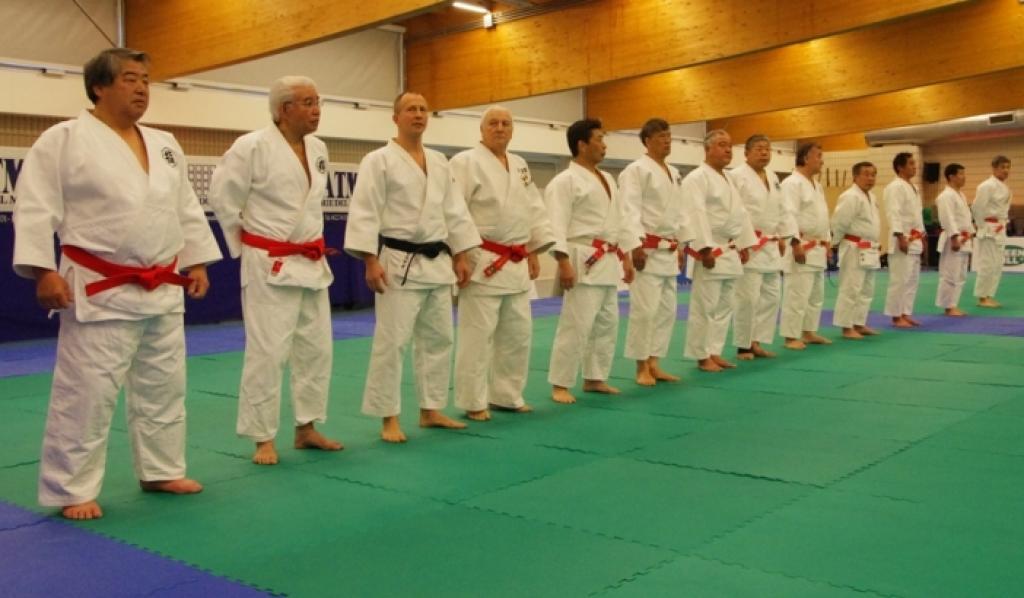 Last week in Tokyo a meeting was held between European Judo Union President Sergey Soloveychik and the President of All Japan judo Federation and President of Kodokan Judo Institute Haruki Uemura regarding the questions of development of judo for children in Europe and Japan. During the meeting the issue was also raised of the problems such as decreasing of the interest of people to martial arts and particularly to Judo and increasing fascination with violent types of martial arts like Mixed Martial Arts.

Another topic of the meeting with Haruki Uemura, who was a World and Olympic Champion in 1975 and 1976, was the project of creating the documental film for young generation about maintenance of traditions of martial arts in this modern world. The film should be based on the works of the famous Japanese film director Akira Kurosawa and interviews of great masters of Judo Art and other martial arts.

Next subject of discussion was the organisation of the test commercial tournaments Judo Hero Challenge as one of the ways of Judo promoting.

Thanks to the cooperation of the European Judo Union and the Kodokan Judo Institute the project Kodokan Kata Seminar was successfully implemented in Europe over the last two years . One year ago from 2-7 March in Zagreb (CRO) the first European Kodokan Kata Seminar was held and this year in Lignano (ITA) which was organized from 6-11 of March, where more than 700 Kata Masters took part.

Watch some of the old Akira Kurosawa movies here:

Review the photos of the Kata Kodokan seminar in Lignano: