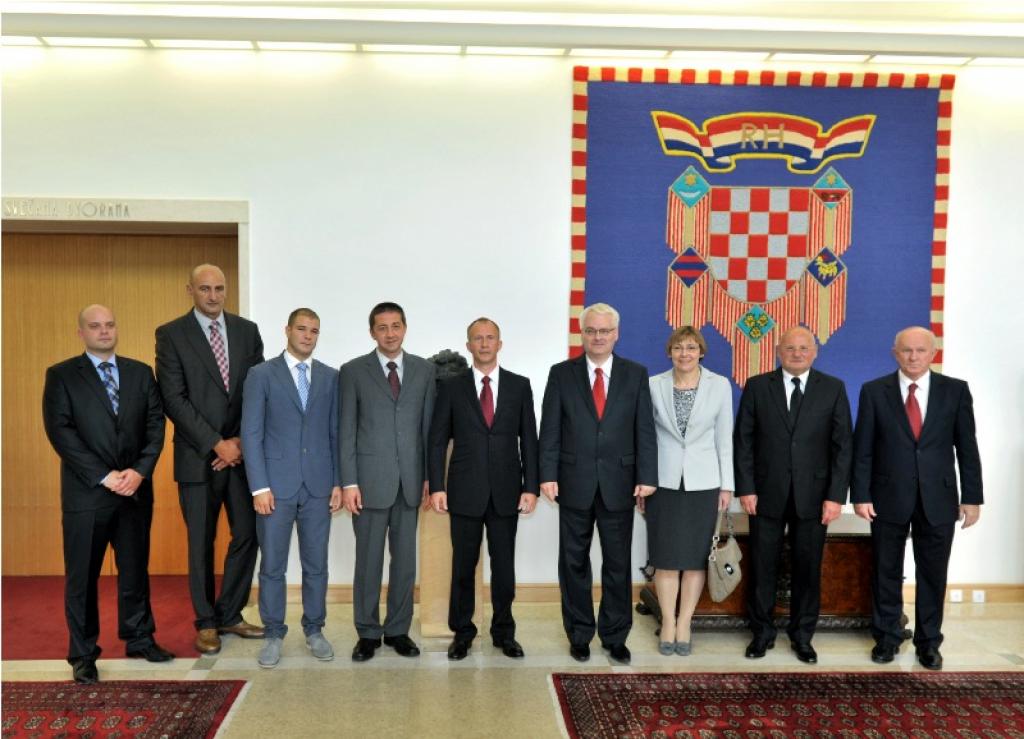 Also Croatian NOC President Zlatko Matesa was present to represent the Olympic Committee. Judo in an important sport in Croatia and the Judo Federation is very active given all events held in the past such as European U23 (2008) and U20 Championships (2005). Also the Federation is busy with various regular events as the Cadet European Cup, Family Camp and various Projects.

The meeting was also to inform the president on these projects such as Judo in schools. In Croatia Primary school children can choose out of three sports and one should be judo. The Judo Federation is currently rolling out its programme to launch this in cooperation with the Croatian Minister of Sports.

Furthermore projects in Education, Competitions and events were discussed in the meeting where also members of the board of both EJU as Croatian Judo Federation were present in the Presidential office.