EJU REFEREES REFLECT ON THEIR MOST REMARKABLE MOMENTS IN TOKYO 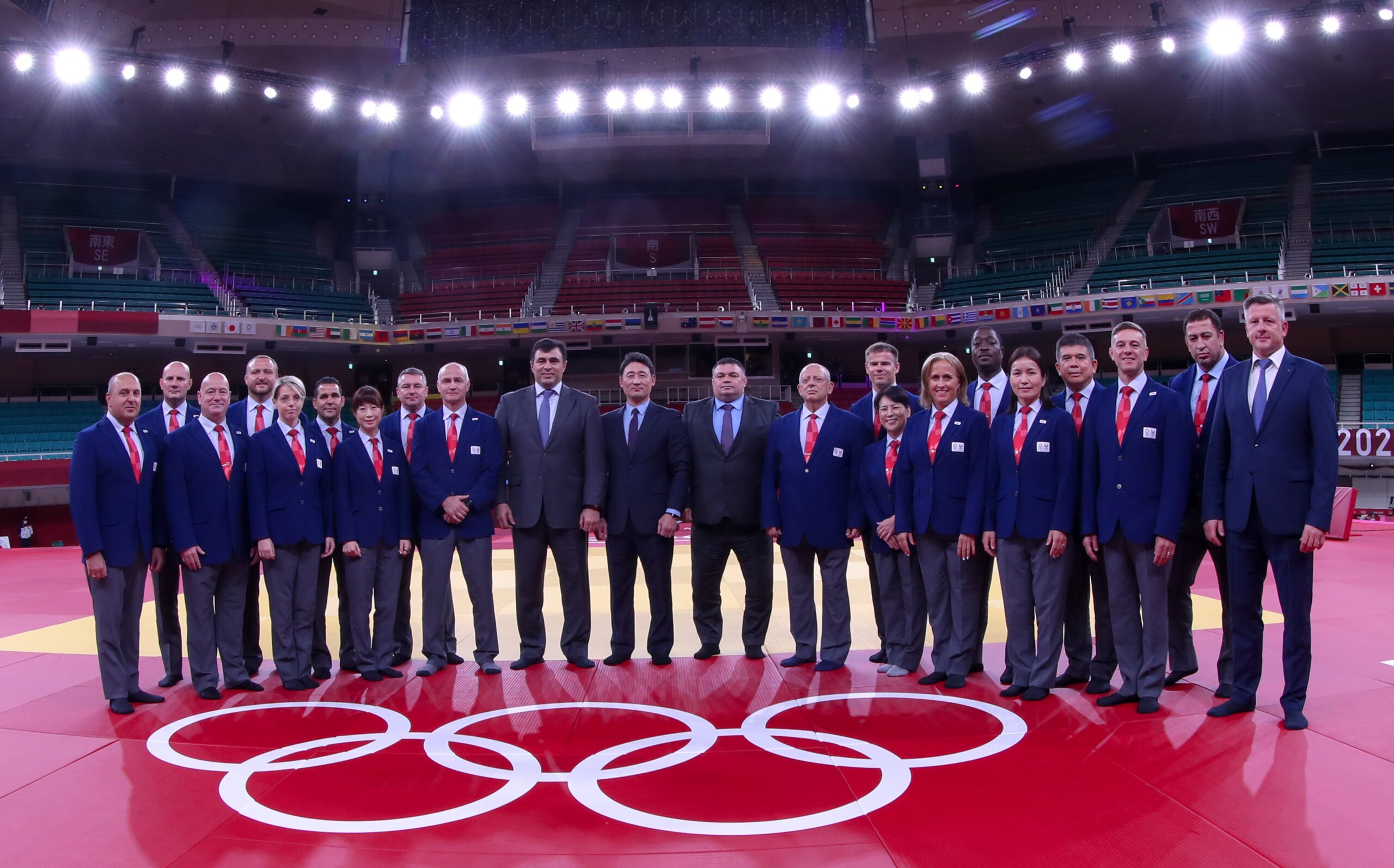 Nobody was closer to the action in Tokyo than the referees. We asked them about their experiences in the Nippon Budokan, the home of judo as the Olympic Games returned there after 57 years.

First to divulge his personal experiences was Evgeny Rakhlin, who was still brimming with excitement following his time in Tokyo.

For me all the Games were exciting and full of positive emotions, because it was my first Olympic Games. We had a very good team of referees from all over the world. It was a perfect collaboration with referee directors and supervisors. For the most part, the way of our refereeing was well accepted by coaches and participants.

In my mind, there are still five remarkable moments, like the five Olympic rings; the first remarkable moment was receiving a nomination for Games in February. The second, which most were nervous about, was to not catch COVID-19 and lose the opportunity to be at the Olympic Games.

The third was my feeling in the first fight. I was stepping on to an Olympic tatami and was noticing the beating of my heart, it was a dream come true. Number four was the first Olympic final and just how quick it was!

Unquestionably, the fifth was the loss of ONO Shohei (JPN) in the team fight against Igor WANDTKE (GER). It seemed that before he looked like he would never be beaten, but now we understand that everyone can lose, and like in Paris 2020 when Teddy RINER (FRA) lost to KAGUERA Kokoro (JPN), I was the referee of that fight. This is why we love judo.

Roberta Chyurlia can reflect on the Olympic Games, of course as a special experience but as she tells us, she was never to know that she would be part of the historical head to head between Team France and Team Japan in the first Mixed Team event in the history of the Olympics.

France had taken on Japan on multiple occasions but for the first time came out victorious. Perhaps Marie Eve GAHIE of France had an insight when we spoke to her during the World Championships, she had every faith that her country would finally take the win.

Roberta looks back on his momentous final,

I would just like to add that for me it was one of the most important memories, even if, till now, I haven’t realised yet what we did. I am happy and proud to be part of this dream. I would say thanks again to the athletes, to Japan, to IJF and EJU Refereeing Commissions to whom allowed us to live our dream. Thanks to my family too, without them I would never have reached this goal.

The finals of course hold a special place for most referees, to witness the pure joy of the victor and relief, all the hard work paying off and to see the ultimate celebration of the new Olympic champion. This was the case for Veli-Matti Karinkanta.

For me the most remarkable moment was refereeing the final of the women’s -57kg category. To referee an Olympic final is the dream of a referee it’s just like winning the gold medal. Unfortunately the fight was finished in a way that nobody would like it to end – the disqualification of an athlete. But, like I said, referring an Olympic final was most remarkable for me.

There were so many incredible moments for each continent during these Olympic Games and our referees had the pleasure of witnessing first hand the rise of the underdogs as well as our usual champions who were able to stay on top for an extra year in order to take their Olympic titles.