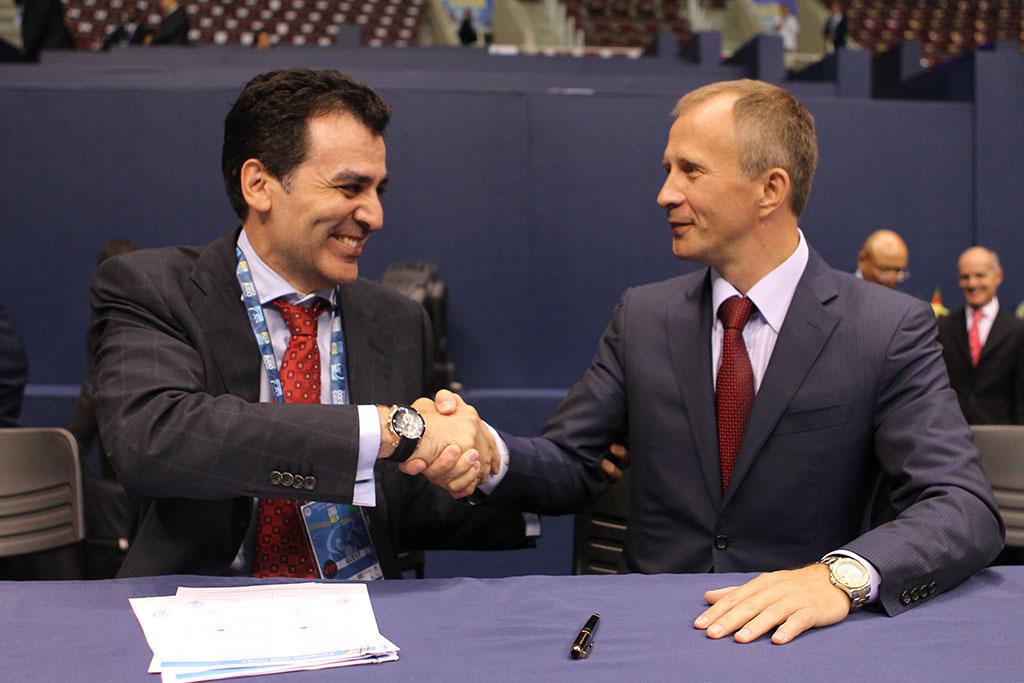 During the World Championship in Brazil, an MOU was signed of the project “Judo at School” between the Royal Spanish Judo Federation and the EJU.

Spain hosts this project with an eye for the future. In Spain three regions have started lessons in September 2013; Jaca, Olvera and Torrent, but many other regions have shown interest in the project, as well as the Ministry of Education and sport. SJF President Juan Carlos Barcos declared “Judo is very developed in Spain as an extracurricular activity, but the idea of introducing it in the subject of Physical Education, in addition to give children a good pedagogical and sports base with these lessons, and learning of ukemi, will promote continuity and practiced in the Clubs. “