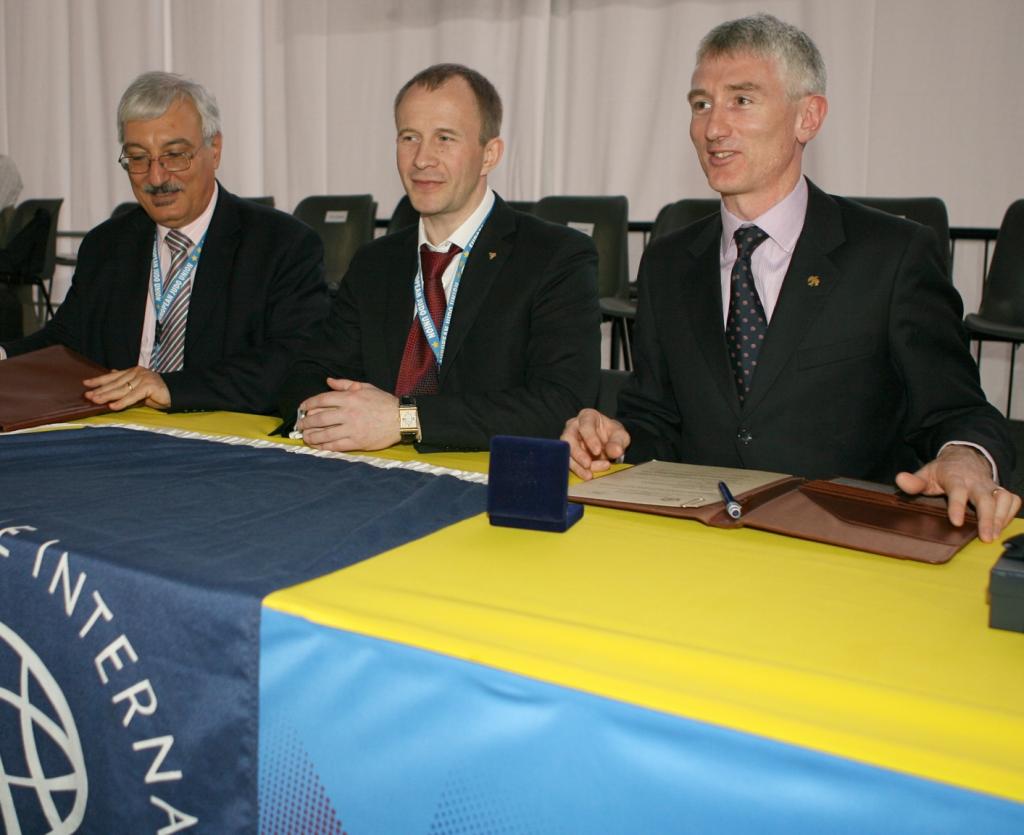 The European Judo Union and the Duke of Edinburgh’s Award International Association have signed a Memorandum of Understanding (MoU) agreeing to work collaboratively to promote physical and sporting activities. The MoU was signed at the recently held European Championships in Vienna.
The Association’s head of operations, Andrew McMenamin, signed the agreement with Envic Galea, General Secretary of the EJU.

The Award operates in 132 countries worldwide, 59 on a national basis. It’s called ‘different things in different countries’ – Duke of Edinburgh’s Award, The President’s Award, The National Youth Achievement Award and so on. The Award at a national level is similar to a National Governing Body.

Both the EJU as the Association want to benefit of eachother strenghths and maximise the opportunities for young European judoka by linking national federations to the IAA and promote participation in the award to young judoka in the award age range. The signing is a first step for further cooperation and development of training opportunities, develop physical recreation, learning to be a referee, or volunteering at a club as a service of the award programm.

McMenamin of the International Award Organisation said: “The Award is currently undertaken by over 800,000 young people in 132 countries and physical recreation is an important element of the Award. However a sports club is also a great place to do the service and skills sections of the Award. We want to encourage participants to not only undertake sport themselves, but to also get involved in service activity such as painting the local club house or in becoming a coach or umpire for the club. The Association and the EJU share the same values of promoting sporting activities for the well-being of society and we are delighted to have developed an official partnership with the EJU.”

Mark Huizinga, Olympic judo champion and supporter of the Award, agrees with the value of linking the Award to sport: “As a judoka I have worked hard to achieve my goals. In doing so I found myself in a position to inspire and motivate others. For some years now I have been an ambassador of the International Award in the Netherlands. I have experienced that the Award helps young people to discover the world, exploit their talents, meet other people, build confidence and pride and, last but not least, give something back to their own community. The Award programme shares the values of the spirit of judo.”

The partnership with the EJU is an important milestone for the Association, which sees sport as a tool for developing people’s lives and is actively targeting increased partnering with sporting bodies throughout 2010 and beyond.