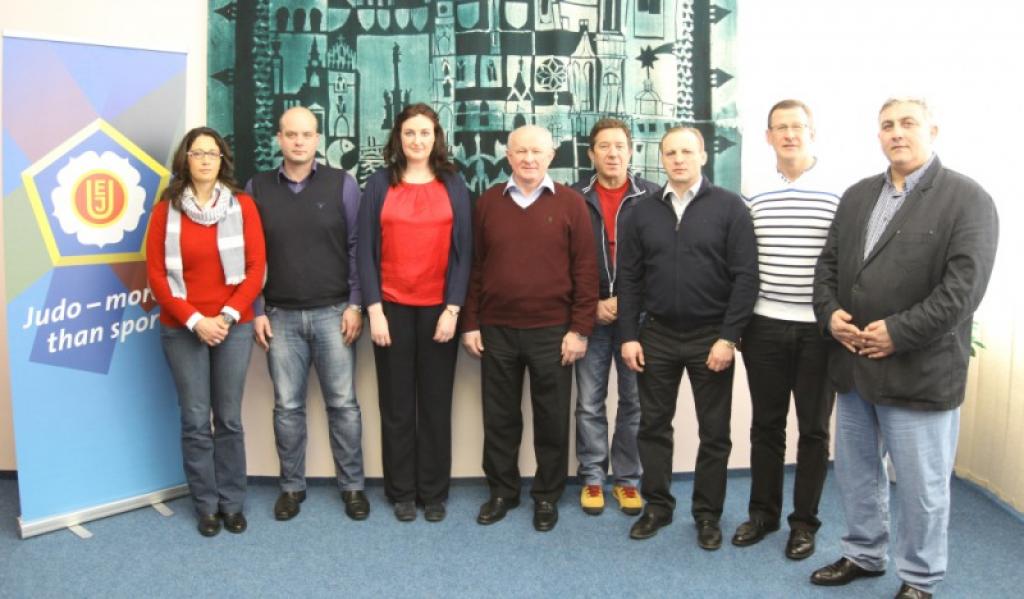 Judo was the third sport in terms of universality at the London 2012 Olympic Games. Nonetheless all hands on deck to improve the quality and attraction of judo. For this the new rules testing period was announced and is now in full effect.

This week in Nymburk the EJU Sports Commission took the time to evaluate the effect of the new rules so far and spend time to discuss new ideas and developments to improve the level of judo in Europe.

The EJU has invested in the top athletes who received support for the various OTCs. For 2013 the budget has been increased to a total of 200,000 euro facilitate the best athletes of Europe to train at top level and the athletes with big potential. The number of applications for support is growing as well as the number of countries who have asked for support for their athletes.

This is all in line with the number of nations winning medals at the various international judo events.

At the Olympic Games even 23 nations won a medal. Nonetheless 27% of the contests ended in golden score it was difficult to see the winner. It is hoped that the new referee rules that are in place will alleviate this. To date just approximately 2.5% contest have been won in the golden score, almost 70% of the fights finished by high scores ippon and waza-ari, there have been more scores during the fight.

The only negative has been the large number of shidos. Difficult is to keep consistency in the interpretation of the rules by the referees. The referees have been invited to attend the OTCs and keep in touch with top athletes and coaches.

One of the topics in the agenda was the second weight control in the morning and the IJF and EJU are monitoring the average gain in weight and looking at extreme weight fluctuations in order to evaluate the test period in August at the World Championships in Rio de Janeiro.

Another point of concern is the ethics of our sport: respect. At the events held so far this year the EJU requested in advance of the event to the coaches/delegates to keep the warm up area tidy and clean. Without sports bags, food or drinks on the tatami.

The sports commissioners also discussed the various EJU European Cups: for Cadets, for Juniors and Seniors.

The Cadet Tour, with this year nine events concludes an increase of participants at the first two events (Zagreb and Antalya) this year compared to last year. In 2014 seeding will be used for the Cadet Cups. The cadet ranking list will be used for seeding for the EYOF which will be held in Utrecht (NED). For this event only judoka born in 1996 and 1997 can qualify.

The group is satisfied about the allowed Kansetsuwaza in the cadets age. So far there has not been any issue to date.

Also in the Junior European Cup an increased participation can be seen.

In the Senior European Cup Tour Istanbul will be replaced by the European Cup in Bratislava as Turkey already hosts the IJF Grand Prix.

The European Open of Minsk (BLR) will host both men and women this year. Next year Slovenia (Celje) will

alternate and host both gender.

At the Sports Commission meeting in Nymburk Branislav Crnogorac was welcomed as new sports commissioner.