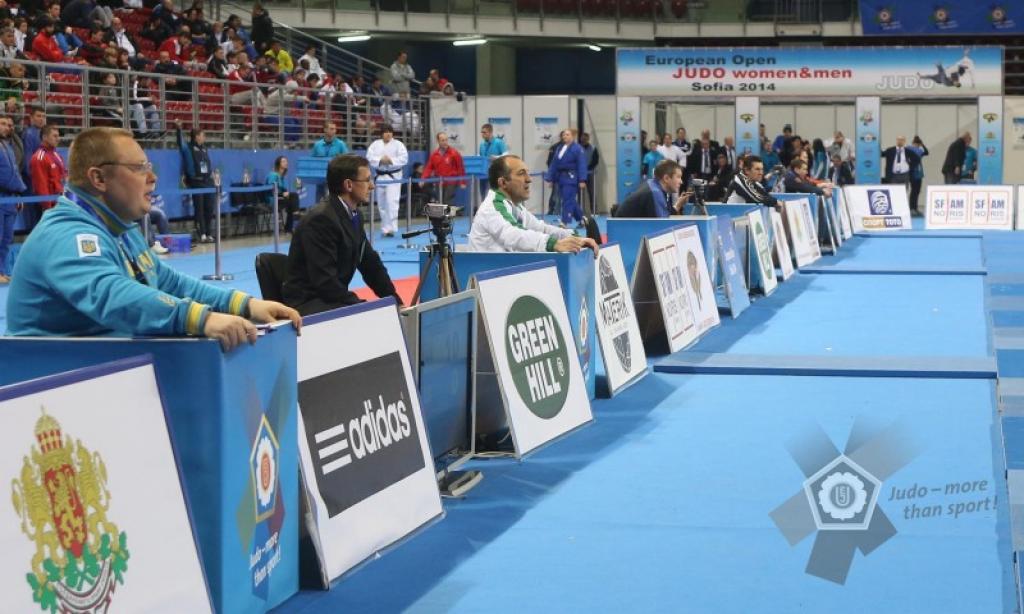 The European Judo Union is proud to announce the renewal of contracts with its most important suppliers. Both Green Hill and Adidas have prolonged their long-standing relationships with the EJU into 2015 and retain their status as Master Suppliers. “We are delighted to be continuing our relationships with such powerful and reliable partners. Our Master Suppliers represent a significant collaboration in the development of judo throughout Europe and we pleased to have such powerful support”, said an EJU spokesman.

Mr Cedric Dermee, CEO of DoubleD, licence holder of Adidas for all combat sports worldwide, signed the contract on behalf of the Adidas German based multinational-corporation. Adidas is the largest sportswear manufacturer in Germany and Europe and the second biggest sportswear manufacturer in the world, after Nike. The company’s judogi designs typically feature the world-famous three parallel bars, the same motif incorporated into Adidas’s current official logo.

Green Hill owner Mr Jahangir Riaz signed the contract on behalf of his company that has quickly become one of the most recognised and visible brands on the market. A family business, Green Hill started in 1964 and from the outset demonstrated strong ideas, courage and self-confidence to do things different. Green Hill prides itself on a deep respect for the origins of martial arts, tradition, quality and beauty. Riaz stresses the company’s intention to deliver top quality sportswear and sports gear to sports people around the world.

The EJU has three levels of suppliers and, in addition to its Master Suppliers, strong and successful business relationships are also in place with Top Suppliers SFJAM Noris and mybacknumber.com, as well as Official Suppliers HIKU (on whose behalf Mr Kurt Gerber signed the contract), Judofashion (on whose behalf Mr Vigmantas Sinkevicius signed the contract) and Materik all of whom prolonged their contracts.