EJU takes over the new IJF Backnumbers in 2011 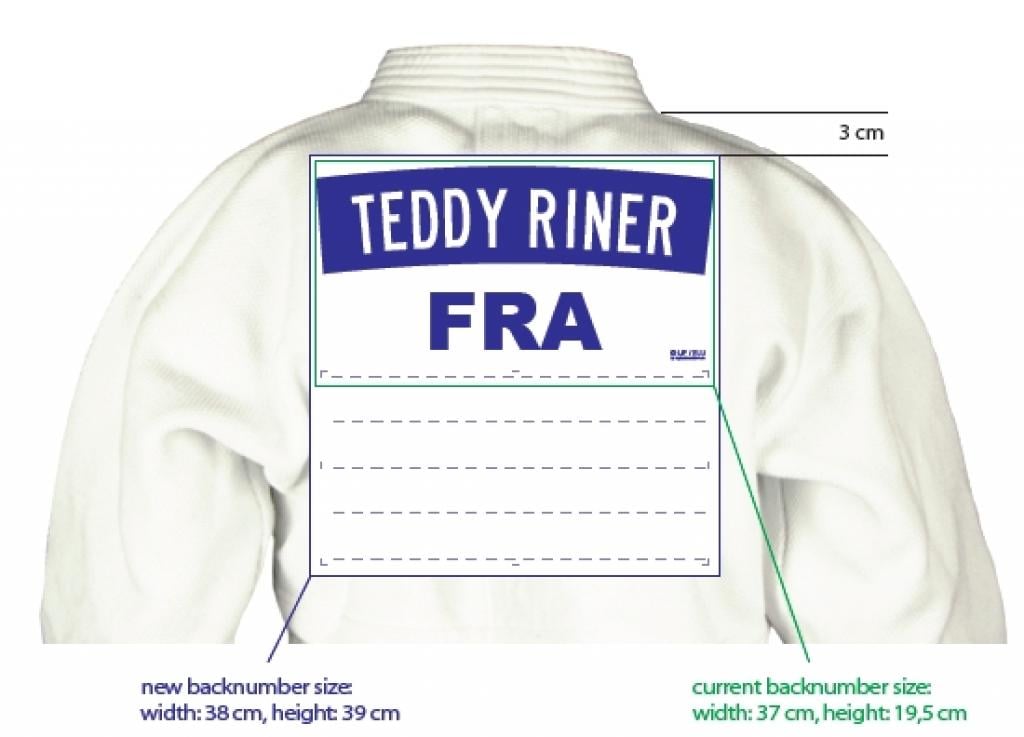 The EJU will take over the idea of the new backnumbers by the IJF per 1 January 2011. In 2010 the backnumbers were introduced by the IJF and EJU.
The backnumbers contribute to a better TV coverage, clearer names and country codes and more and unified sponsor space for each event. The introduction of the new sticky backnumbers are now mainstream for the international events and federations can also benefit from the initiative.
For next year the backnumber will be adjusted according to the experience of 2010.

In its effort to improve the presentation of judo and competitions to spectators, TV and other media, the IJF has decided to renew the unified identification of athletes (back numbers, Bibs).
The following changes will be made to the current system:
• Size of back number, better usage
• Fabric of back number for a better grip
• Font used for names, better visibility
• Size of NOC code, visibility of the name

Federations are asked to promote the backnumber in their website. New backnumbers can be purchased already.

The EJU will now take over the measure of the IJF. The new backnumbers that can now be ordered are compulsory at all European Championships including Clubs and only excepted for European Veteran and Kata Championships.

Please have a look at the example below and additional documents.