EJU thanks Region of Chelyabinsk for hospitality 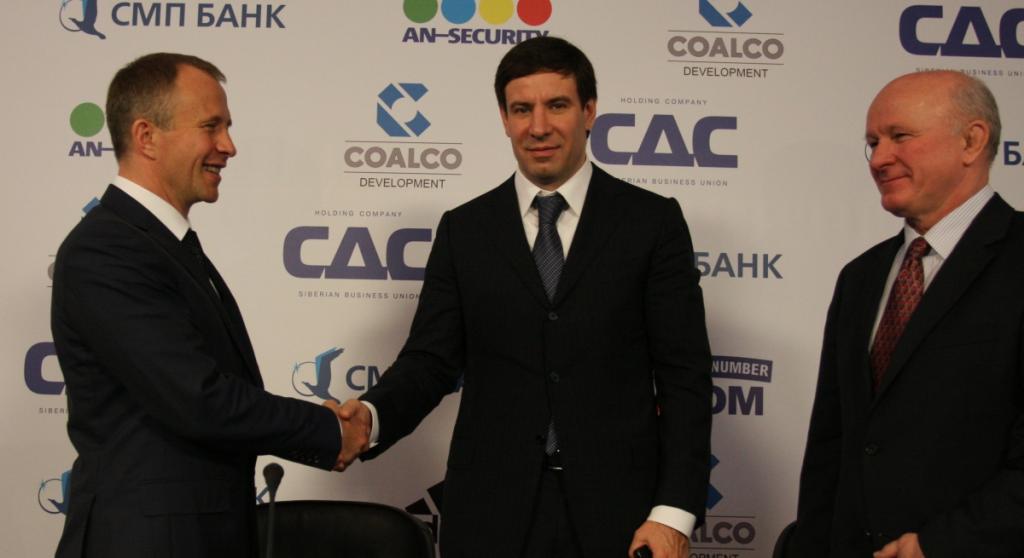 On Saturday a press conference was organised with the Governor of the Chelyabinsk Region Mikhail Yurevich and the President of the European Judo Union Sergey Soloveychik (RUS) assisted by Vice President Michal Vachun (CZE).

Governor Yurevich is ambitious for his region and wants to bid for more sporting events. The Chelyabinsk region is in development but wants to build even a better structure. Events such as the European Judo Championships are a great event for his region, but also the EJU is very satisfied about the host and said it’s the best ever event.
President Soloveychik: “Athletes, officials we are all glad to be in Chelyabinsk. It’s a great It’s a great festival and well organised for both the EJU and for the fans. Russia is even leading the medal tally winning three gold medals, but it is also good to see that also France, The Netherlands, Portugal and Romania have won gold medals. Judo is very development in Europe and we are proud to say that many of the participating countries win a gold medal. After two days of judo already 17 countries have won a medal and the tournament isn’t over yet. “

Governor Yurevich said: “All athletes and guest say that we have a high level of organization. They have visited many events and countries. If we improve the infostrastructure we may be able to organise future even bigger judo or sports championships. The last time that Russia had a World Championship was in 1983 in Moscow, we have never had such championship. And if it’s not in five year, maybe in 10 or 15 years, but we will proceed to bid for new events. We have had many sports already. We can organise athletics championships or we have recently hosted Taekwondo and a World Cup in Speedskating. “

Vice President Michal Vachun awarded his compliments the organisation: For participants, coaches and officials it’s really a great experience. The athletes didn’t know what to expect of the championships, quite far away, but now they say that if it’s held next year again, they will return. Also they enjoy the positive energy the public and organisation gives them.

The Governor was happy to meet the Friday’s winner Magomed Magomedov who represents the region. “I have spoken to athletes and coaches and met Magomedov. Our sponsors will award him the promised 3 million rubel s for his performances if he won the tournament and so he did.”
President Sergey Soloveychik said that the event is an example for future European Championships or events in general in judo. He and his colleagues are thankful for the support and they will support future events again. “The opening ceremony was very strict and creative. The professionality of the decent show is a great example.”
The great cups that the athletes have won made by artists from the region do not need any further custom papers, the Governor joked.

Vice President Vachun said such event is difficult to copy. “First you cannot copy the excellent support of the Governor, but also the environment of fans, the venue en the energy is hard to copy. But this is the way.”

Governor Yurevich spoke out his ambitions and said that the region successfully bid for the European Waterpolo Championships and they will continue to organise one or two of these big events each year.
President Soloveychik who is also vice president of the Russian Judo Federation commented on the gold by Magomedov. “I am not a coach but Magomedov said that he is just at 60% of the Olympic level he will need. So the current performances are not an indication of strength at the Olympic Games, but Russian already won five medals and we the fans can expect some more.”

The European Judo Union is not afraid that for instance Japanese video tape the matches. “We also tape their events, so there are no secrets, the only way is how to use it! The EJU has built software that all matches can be analysed over years, also that is known in Japan but the big secret is how to use that and that is up to the coaches.“
Today the coach platform of the EJU will reach a number of 20,000 videos of judoka. European coaches, federations and referees can request to use this database for free to analyse the opponents and raise the level in all aspects.

EJU does everything in its power to develop European Judo the best way and invests in software, training facilities and events to get the best environment and preparation for the Olympic Games in London.