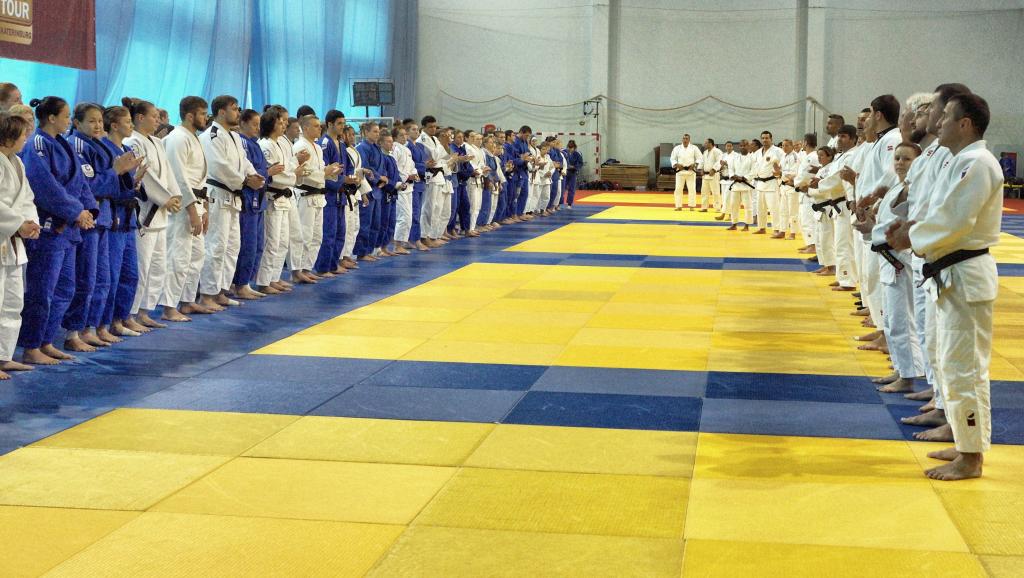 Following the prestigious Russian Grand Slam, an EJU International Training Camp took place, which was held in Ekaterinburg. Around 500 athletes from all over the world stayed behind to take part in this particular training camp. For instance, Israel, Guinea Bissau, Algeria, Belgium, Egypt, Spain, Canada, Lithuania, Portugal, Sweden, Estonia, Latvia, Germany, Austria, Hungary, Puerto Rico, France, Poland and the Russian national team were all joined by athletes from the Ekaterinburg nearest regions – the Urals and Siberia, as well as from the Central, Volga and North-Caucasian federal districts of Russia. Head coach of Men’s Russian national team, expressed his thoughts on the three days intense training camp;

“This training camp went very well. Theforeign and domestic athletes had an excellent opportunity for a new sparring. All participants noted good organization of the Event in Ekaterinburg – a convenient location of the training hall and hotels in walking distance, a large, comfortable training hall. We [coaches] were also satisfied with everything.“

“The international training camp after the Ekaterinburg Grand Slam is an important and useful event for everyone. In my memory this is the first training camp where all the participants stayed until the end of the camp and all three days worked on tatami with enthusiasm and a great desire. The organizers approached a new event for themselves creatively. They made an interesting musical accompaniment, worked out all the details, were attentive to all our requests. I think that in the following years this Training Camp in Ekaterinburg will becomeone of the best.”