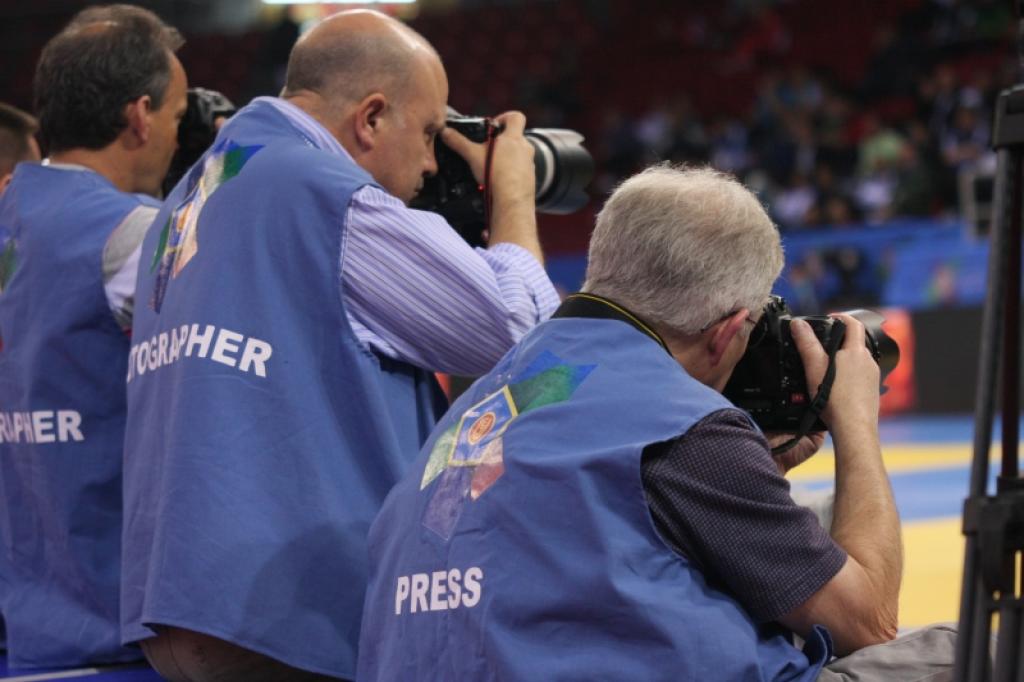 The sportive highlight of the year is the individual World Championships in Paris. European judoka collected 26 medals, two more than in 2010 in Tokyo.
Six gold medals for European judoka where France was dominant in the women’s category capturing gold by Gevrise Emane, Lucie Decosse and the amazing Audrey Tcheumeo. Teddy Riner collected his fifth world title by winning the men’s heavyweight category. His team won the world title in the team event. The French women also won the gold medal.
Tagir Khaibulaev was a surprising winner at the men U100kg category for Russia. Ilias Iliadis (GRE) was more expected in this tough category U90kg and prolonged his 2010 title.
Surprising as well was the silver medal of Srdan Mrvaljevic of Montenegro. He set his country on the world judo map even more, confirmed by the EJU by awarding Montenegro the 2012 Cadet European Championships.
In the same category U81kg Sergiu Toma of Moldova won a bronze medal. Typical for the new booming countries knocking on the doors of the traditional judo countries.

The highlight for another humble European nation Bosnia was the gold medal for Amel Mekic at the European Championships in Istanbul. In a fantastic environment organised by the Turkish Judo Federation France was again the most dominant nation capturing four gold medals. However the gold medals were distributed among 11 winning nations. The Ukraine saw the amazing Georgii Zantaraia taking the U60kg title. Zantaraia and his team, coached by Vitaliy Dubrova, surprised the team of Benoit Campargue France. The Ukrainian men’s team was able to win the first European team title with a convincing victory in Istanbul.

Turkey was also the host of the European Club Championships where Levallois was the winner in both men and women’s category with their great stars. France had double teams in both finals, what a supremacy.

Despite the strong team of Japan at the World Junior Championships in South Africa Austria was happy to see Bernadette Graf winning the title. She had just conquered the European junior title and won the double. 17-Year old Sakhavat Gadzhiev and Kazbek Zankishiev both won the world junior title for Russia.

Brothers Garik and Gor Harutyunyan collected a unique double at the European U20 Championships in Lommel. Daniel Allerstorfer added another Austrian title and Austria was thankful for the emotional title of Sabrina Filzmoser at the seniors in Istanbul, not long after Claudia Heill had passed away in March.
In Leibnitz the European Veteran Championships were organized this year in Austria with many participants and a great organisation.
The Czech Judo Federation can be proud on organizing a perfect European Kata Championships where many hard working judoka appeared.

All in all it was a good year for European judo. Let’s continue the great performances and initiatives such as the successful Olympic Training Centres initiated by the EJU where the top European fighters can enjoy strong training partners. There was also a lot of activity from the Education commission with a highlight in Zagreb at the Kodokan Kata Course in March. The poster exhibition where science and joined each other.
Countless seminars for teachers, for coaches and referees were organized this year with a fantastic atmosphere and participation in Dubrovnik where coaches, referees and decision makers came together to discuss new rules and changes.

Enjoy all information next year again at our web site. Keep interactive in our Facebook and twitter account and enjoy the latest videos in our You Tube Channel. We’ve added countless videos for your pleasure and analyses. The European Judo Union will proceed to develop judo and raise the level for all categories and develop new ways to move our sport and continent into a positive way and contribute to our wellbeing. Judo is more than sport!