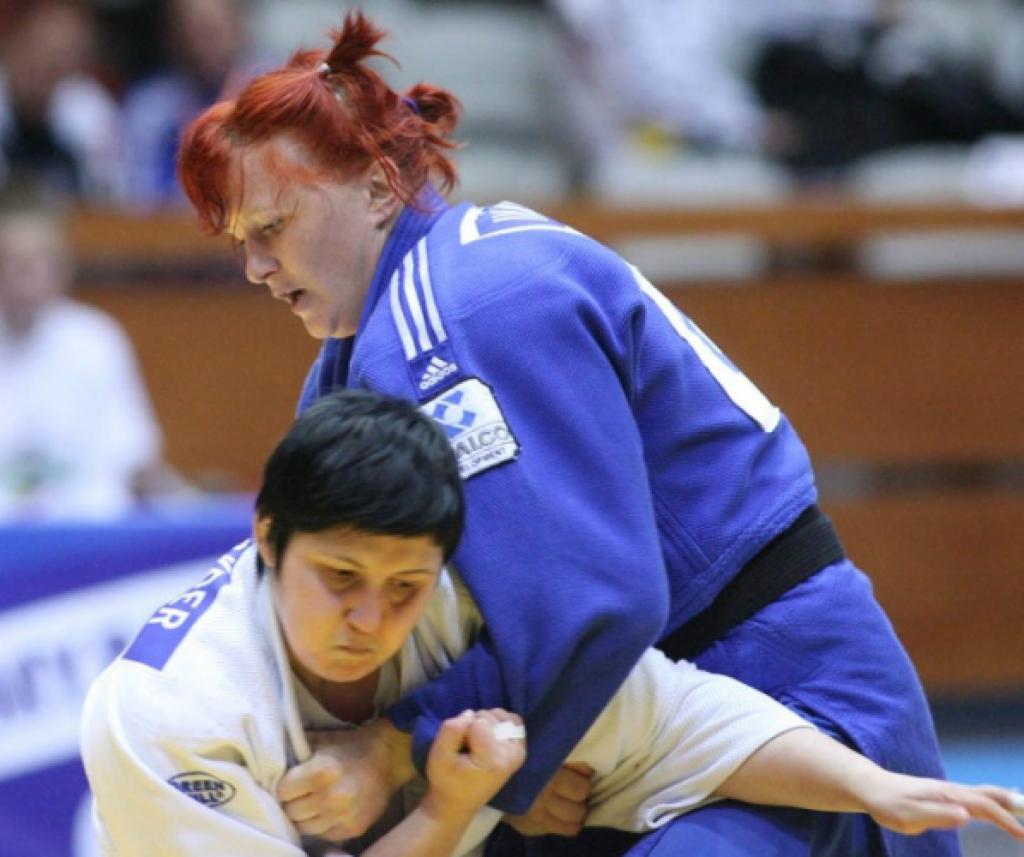 Again a great day for Germany winning gold and silver U63kg. Martyna Trajdos is in a great shape winning the national title this month and confirming her form at the World Cup of Sofia defeating Olympic candidate Claudia Malzahn. 22-Year old Trajdos defeated five opponents with various qualifications. In the semi final against African Champion from Burkina Faso Severine Nebie. She was close to winning the first ever World Cup medal for her country. But Trajdos mastered the African and could make the difference against Malzahn with a full scoreboard.

Not Nebie but Miled Houda was able to win the first ever gold medal in a World Cup for her country. Tunisia can celebrate the performances of Houda who is now in a position to qualify for the Olympic Games, if not via the IJF Ranking, then via the African quota places.
Today Houda defeated Naranjargal Tsend-Ayush of Mongolia in the final U70kg. A bronze medal was for Kim Polling who lost against Tsend-Ayush and Urska Zolnir who was able to win bronze in a class higher than usual with her fast and explosive moves.

Korea won the gold U78kg by Jeong Gyeong-Mi. Jeong collected her 12th World Cup medal and 5th win. She is the fifth woman of her country to win in Sofia in 20 years. Maryna Pryshepa of the Ukraine won a silver medal. She now lost 7 World Cup finals and won 6 in her career. In 2009 she lost the World Championships final.
The second European to gain a medal today in this category was Vera Moskaliuk (RUS). Zhang Jie of China won the second bronze medal.

Elena Ivaschenko defeated Lucija Polavder (SLO) for the 10th time in international contests. It was a repetition of the final in Sofia in 2010, but then Polavder won. They fight eachother since 2004.
The Russian won the World Cup in Sofia with power judo and is in a good shape to win back her title at the Paris Grand Slam next week.
27-year old Ivaschenko won her ninth ever World Cup in her career and her 21th World Cup medal.
Anne Sophie Mondiere won her 20th World Cup medal since 1998 but her first in Bulgaria aged 32.