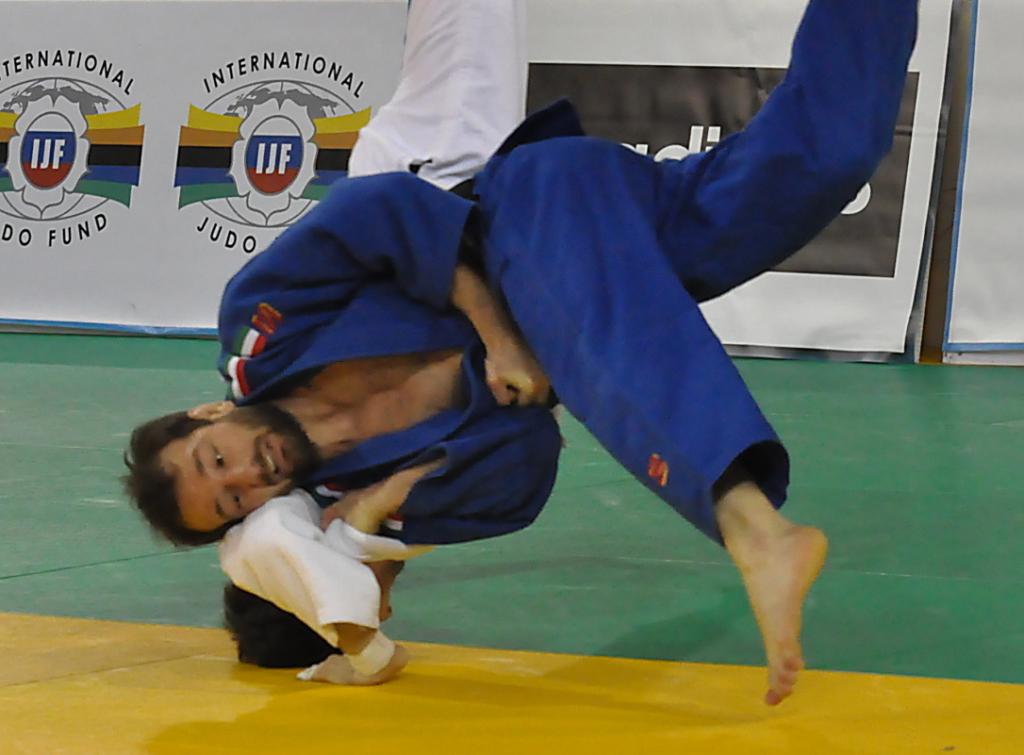 255 judoka from 40 countries are fighting in Prague at the European Open tournament. The tournament was opened by the EJU president Mr. Sergey Soloveychik who also presented the honorary EJU medal to the Czech Judo Federation honorary president Mr. Letosn

In the first final fight of the day Bagirov of Belorusia fought Imashev of Kazakhstan -60 kg category. In the second fight of the day the Asian Junior Champion Imashev performed a superb tani-otoshi and won the first gold for Kazakhstan. In the next final Shershan of Belorisia fought Verde of Italy. Verde won the Prague tournament 4 years ago in – 60 category and surely wanted to repeat this result in one category higher. On the other hand Shershan took silver in Prague in 2012 and wanted to improve this result. And indeed both fighters showed very nice judo. Both of them scored waza-ari but since Verde added one yuko he repeated his victory from four years ago. In the -73 category the Czech hope Jakub Jecminek please the crowed by reaching the semifinal. However Katsumi of Germany disappointed the fans by throwing with seoi-nage for ippon. Katsumi continued with the same technique in the final fight against Ramanchyk of Belorussia whom he also defeated for ippon. The tournament continues on Sunday at 10:00. Watch it live.