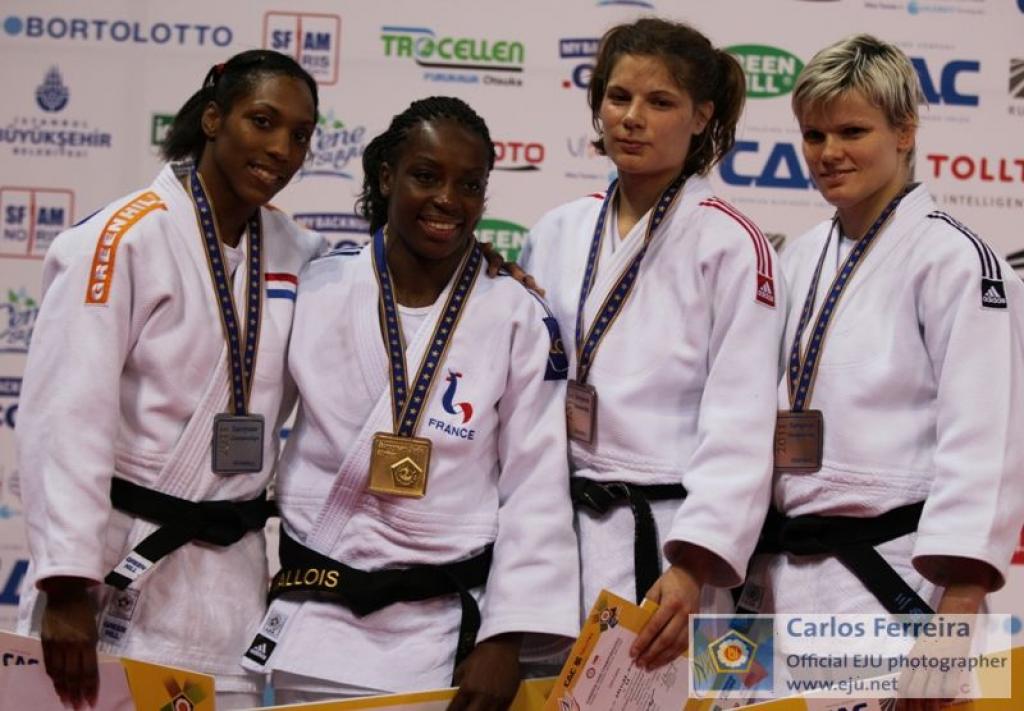 Gevrise Emane (FRA) collected her third European title today in Istanbul. This time the French won the title U63kg, the previous titles in 2006 and 2007 were in the U70kg category. She switched weight with Lucie Decosse and both very successful. Today Emane defeated Anicka van Emden whom she beat for a third time.
Emane led the match from the beginning but Van Emden couldn’t get closer to the experienced Emane.
Last year Emane defeated Van Emden at the Grand Slam of Paris and Moscow.