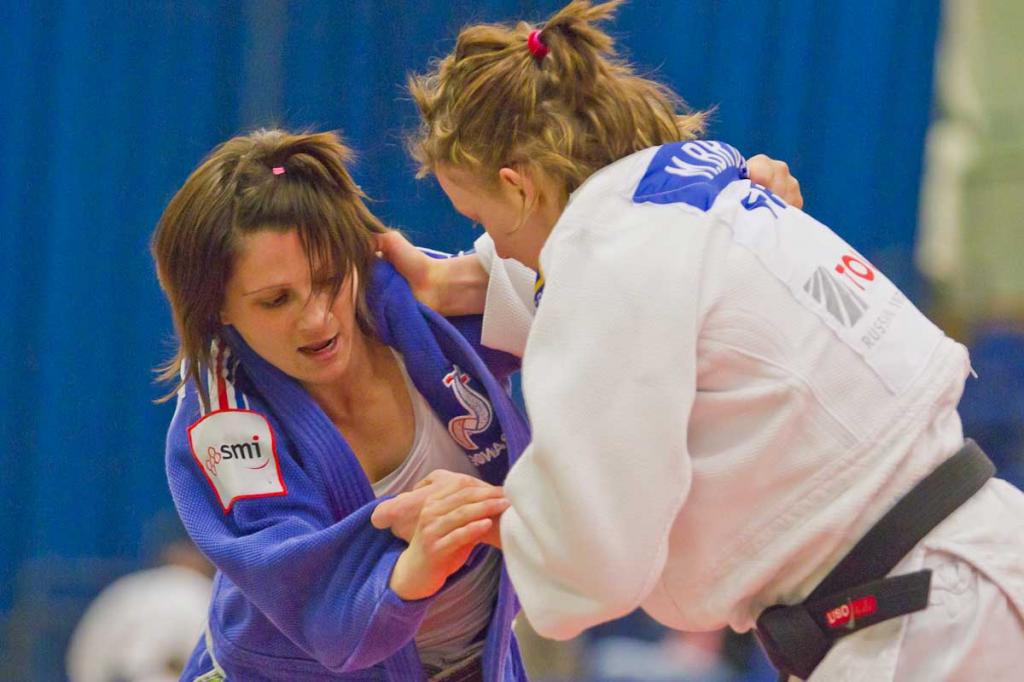 France claimed gold in four of the seven categories on day two of the British Open, a senior European Cup event, to convincingly finish top of the medal table at K2 Crawley.

The ever-impressive French team took an emphatic fifteen medals over the course of the weekend to finish ahead of the Netherlands and Spain.

Third-placed Spain picked up one gold medal, four silver and one bronze to pip hosts Britain who finished in fourth spot.

In the -52kg category Delphine Delsalle defeated Poland’s Zuzanna Pawlikowska to take gold while her compatriot Morgane Brunet topped the -57kg category by besting Marine Richard in an all-French final.

At -81kg the fast-rising Loic Pietri made his mark by toppling Canada’s Antonie Valois-Fortier to take gold. In the -100kg final Frenchman Meheddi Khaldoun defeated Britain’s James Austin after the home judoka received three shido’s in the final.

After the contest silver medallist Austin said: “I’m disappointed but I can take positives from today, I was dominant in the earlier rounds, and my gripping was good.

“In the finals my opponent had a good game plan for me and I couldn’t really impose myself in the fight but maybe I can consider taking a more tactical approach in the future.”

After stepping off the medal podium Clempner said: “I’m really pleased to earn my first medal at the British Open, it’s been an ambition of mine and I really enjoyed the competition.

“I felt good coming into the event, my fitness is ever-improving and the competition was a very good test for me.”

Tom Reed was competing in the -81kg category while Kimberley Renicks fought at -48kg.

Watch all results and pictures here: