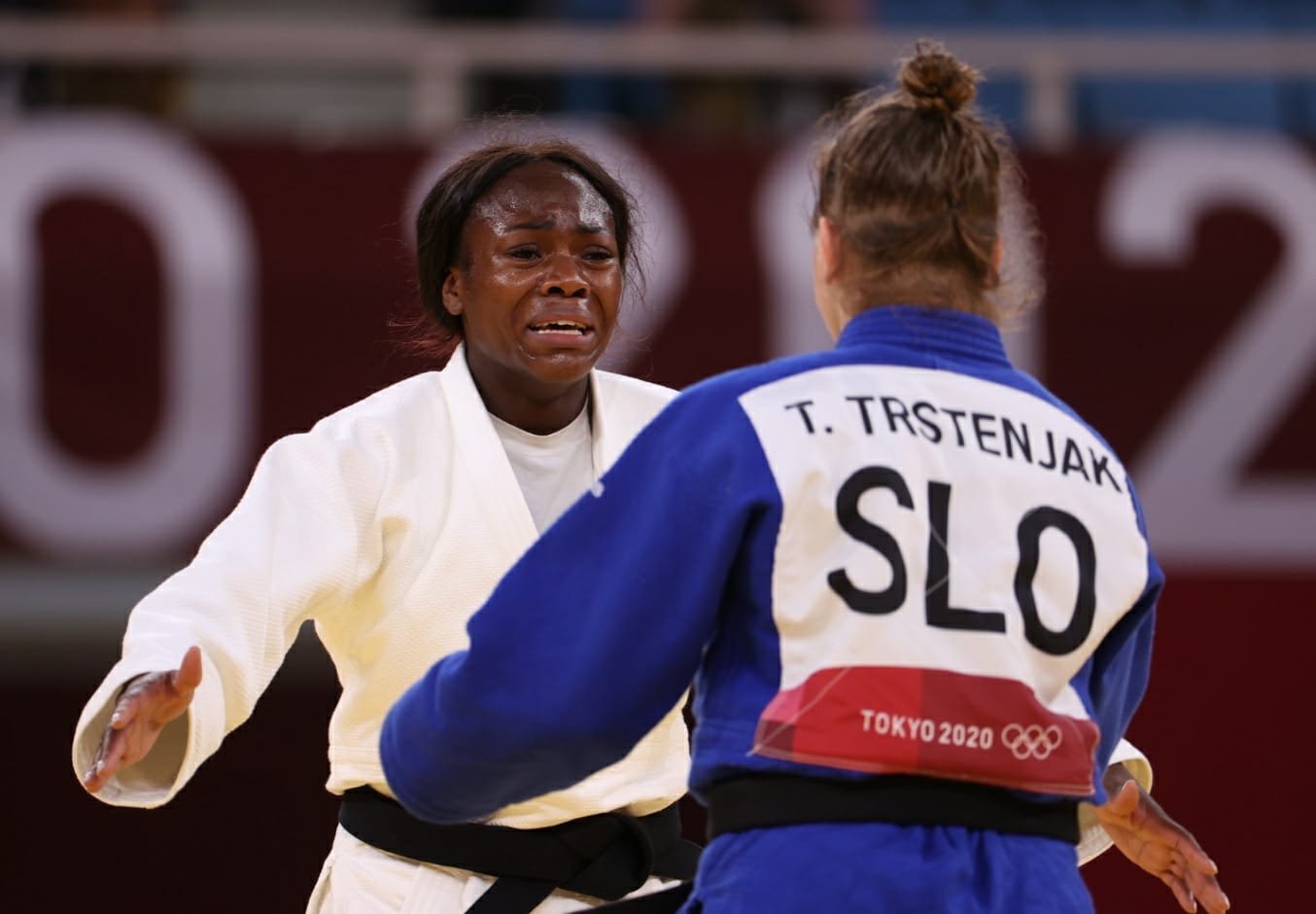 Juul FRANSSEN of the Netherlands was first of the European athletes to make her way in to the bronze medal fights, beating out Ketleyn QUADROS (BRA), unfortunately in the second of the repechage contests, Agata OZDOBA-BLACH (POL) who had a fantastic morning was just unable to even the score against Venezuelan, Anriquelis BALLIOS.

In the first semi-final between 2016 Olympic champion, Tina TRSTENJAK (SLO) and Maria CENTRACCHIO (ITA). It took a little time as both were looking to score with the same drop seoi nage but in the end, timing was on the Slovenian’s side and she ended the contest before the clock ran down, once again securing herself an Olympic final.

It is incredible that even after five years since the last Olympic Games, we are seeing a rematch between the 2016 Olympic finalists, Trstenjak and Clarisse AGBEGNENOU (FRA). The five-time world champion from France took her semi-final against Catherine BEACHEMIN-PINARD (CAN), even after her initial score was taken back, she put another on the board quickly with tani otoshi. The Canadian didn’t make it easy but she simply wasn’t strong enough to contest the French. 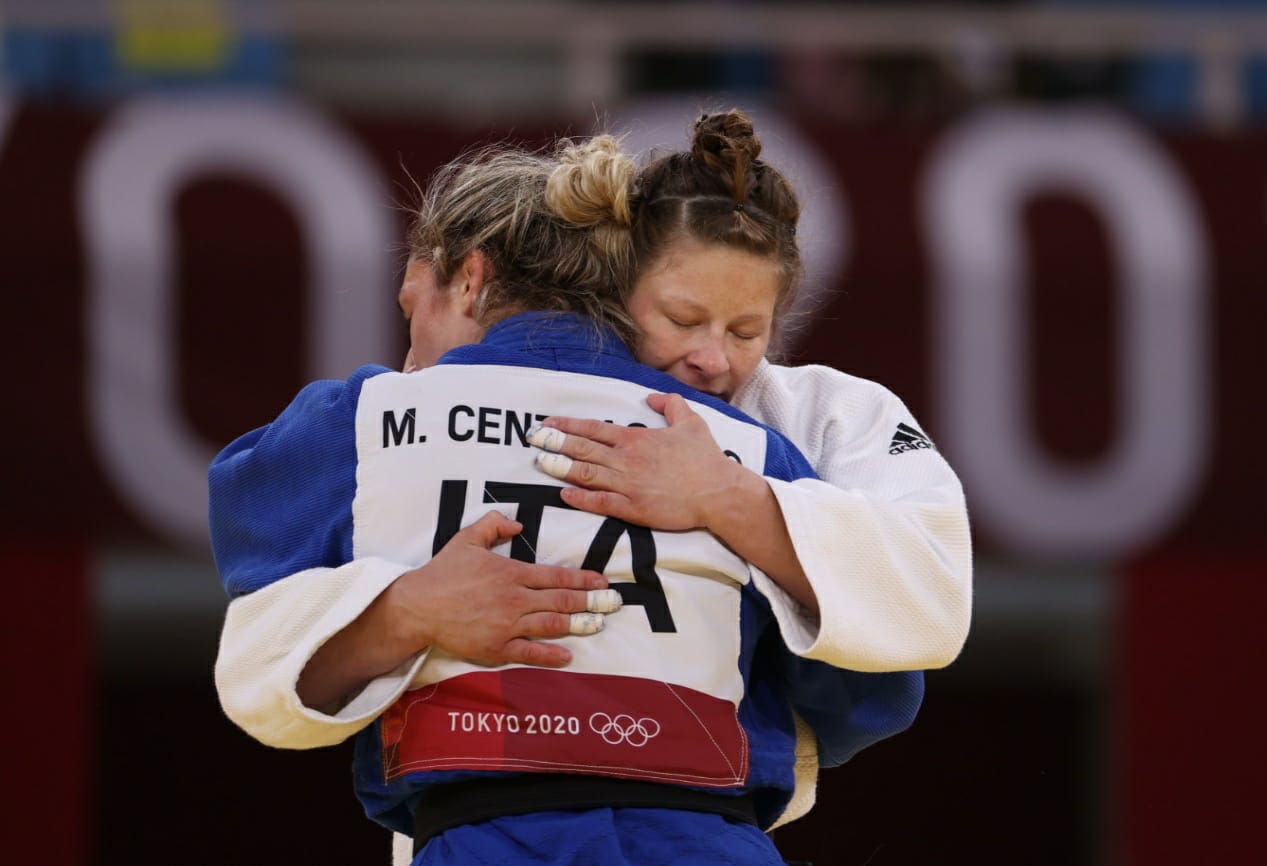 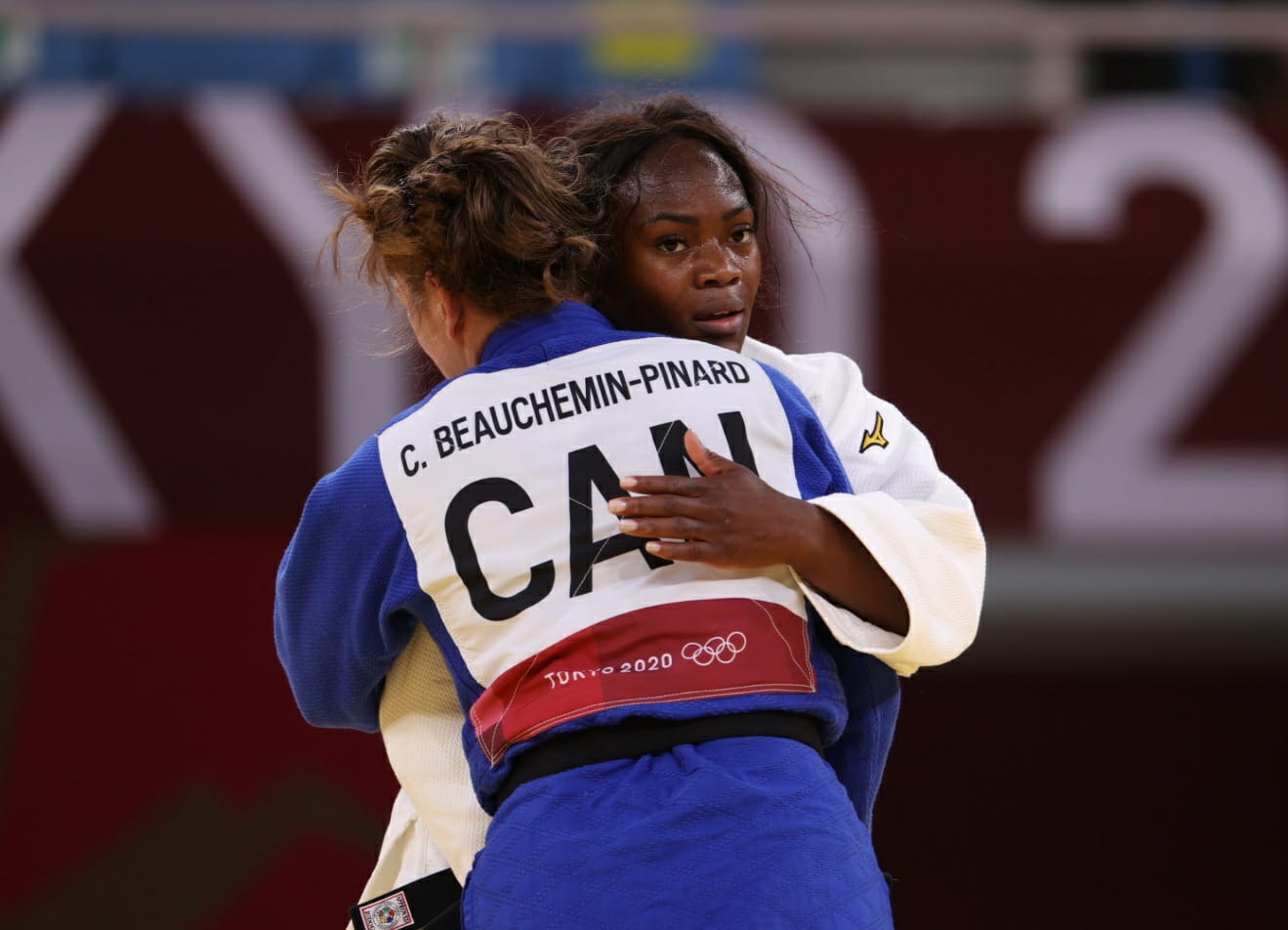 Dominic RESSEL (GER) swept his way to the bronze medal contest against ROC representative, Alan KHUBETSOV. After a tricky start it was a natural reaction and beautiful ashi waza that resulted in a clean ippon score.

In the next repechage contest, the mood was somewhat sombre as both expected to find themselves in the semi-finals, however, that didn’t dampen their performance. In the end if was a positive result for Europe as Tato GRIGALASHVILI (GEO) defeated Sharofiddin BOLTABOEV (UZB).

The 2018 world champion, Saeid MOLLAEI, now of Mongolia came head to head with Shamil BORCHASHVILI (AUT). In the end it was Mollaei who came out on top and reached the Olympic final, sending Borchashvili to the bronze contest against Ressel.

Current world champion, Matthias CASSE (BEL) was up next against home favourite, NAGASE Takanori (JPN). This contest wasn’t as straight forward and went in to golden score. With a second shido on the board for Casse for a false attack, he started coming forward and Nagase was waiting with a seotoshi. The scoring was up for debate but eventually a waza ari was given and the Japanese had yet another Olympic finalist.

The contest may not have ended with a score, but Centracchio led the match and put in a slew of attacks immediately in each exchange before Franssen simply could get a chance. It has been a great day for the Italian, taking the Olympic bronze medal.

The final we have all been waiting for, Agbegnenou lost out in the Olympic final in 2016 and today was her chance to beat Trstenjak and take the gold. Both of their styles are offensive, always looking for an opening. The Slovenian attacked numerous times with a drop seoi nage but to no avail, Agbegnenou scored in the golden score and in an incredible performance, the frenchwoman took the 2020 Olympic title. 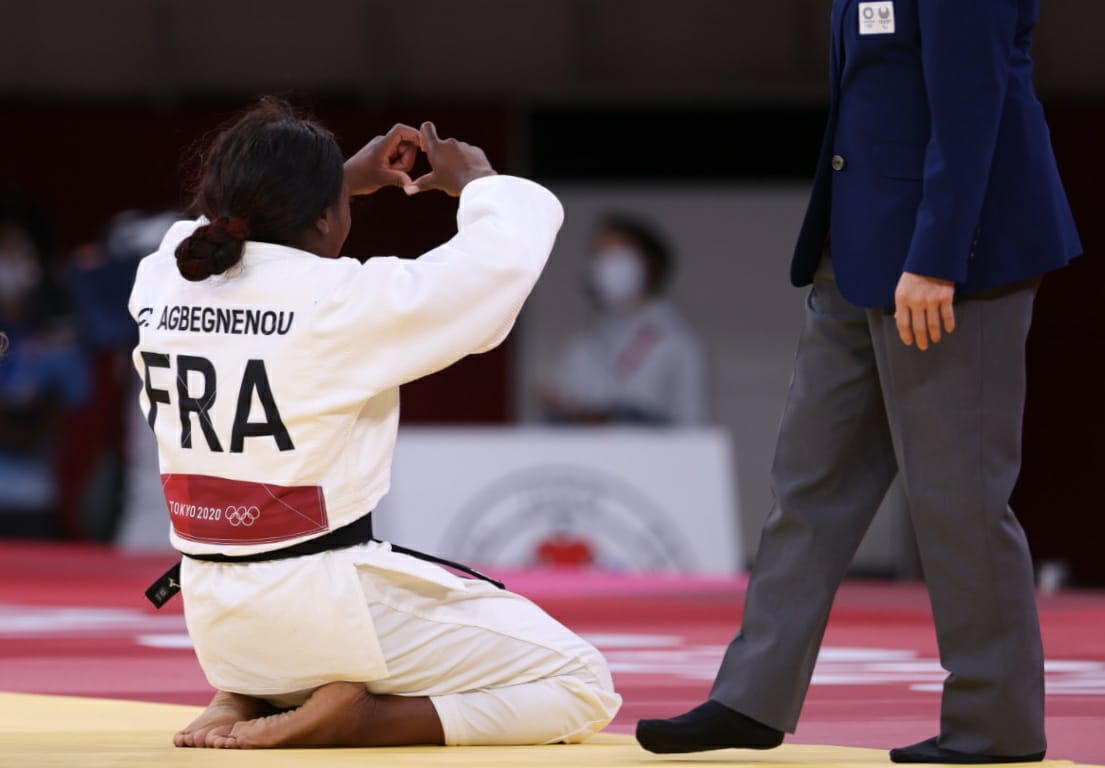 The rematch of the 2016 Olympic final, this time with different results as Clarisse AGBEGNENOU (FRA) becomes champion.

In an unlucky finish in the semi final, Borchashvili was sent to the bronze medal contest against Ressel, but had no intention of losing twice. The Austrian quickly took the lead and then again won an exchange which transitioned to ne waza where he confirmed his Olympic bronze medal status.

The high level in this Olympic Games is proven once again in this bronze medal contest. The pair met recently in Budapest during the 2021 world championships and unfortunately for Grigalashvili, he was once again on the receiving end of a counter attack from Casse. An ippon score was awarded to the Belgian as well as the hard-earned bronze medal.