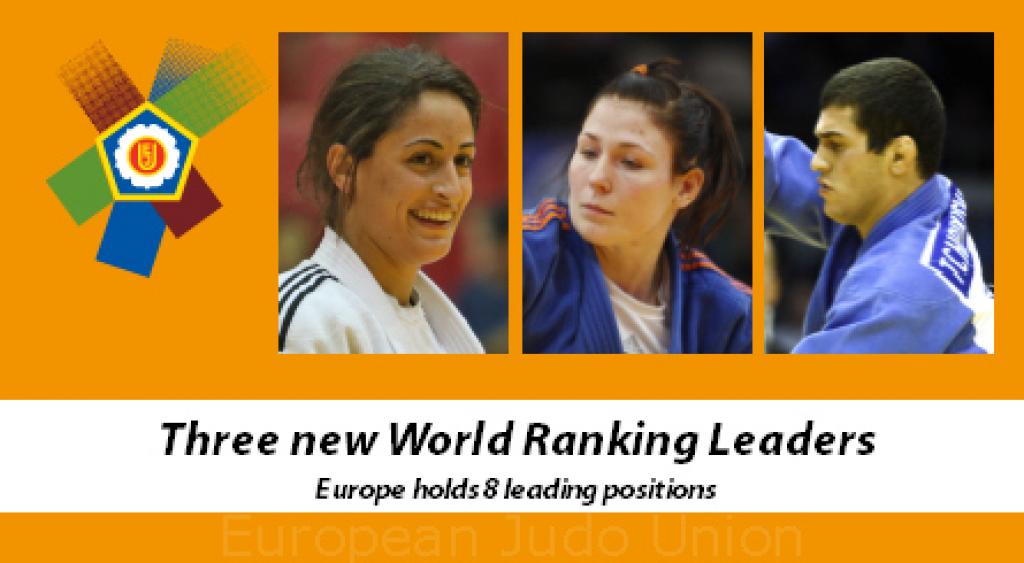 Kim Polling is the new number one in the category U70kg. Nobody is surprised about that after her fifth win in a row in Tyumen. The Dutch powerhouse is unveiling as the new dominator in judo with her unrivaled streak this year. Polling took over the leading position from Kelita Zupancic (CAN) in a direct fight in Tyumen’s final. Lucie Decosse is still ranked third, Laura Vargas-Koch fourth.

Georgian fighter Avtandil Tchrikishvili celebrates his first number one position ever. It’s the first time that Georgia has this position in this category. With Varlam Liparteliani also Georgia has two world leaders since Sunday. He took over the World supremacy of Victor Penalber.

Europe has eight leaders in total, two more than the previous ranking which is corrected with the points from Masters 2013 and the reduction of 50% of the World Cup in El Salvador, Miami and the Grand Slam of Moscow of last year. Also the points are reduced to zero of the 2011 Grand Slam in Moscow.

Teddy Riner is still the number one +100kg. Adam Okruashvili, the winner of Sunday in Tyumen gained more points and has risen to the number three spot, just behind Rafael Silva.

Another French, Automne Pavia is still strong U57kg. Kosovarian judoka Majlinda Kelmendi won the IJF Masters in Tyumen and already was the world’s number one, but now has the most points of all judoka in all categories.

Watch all photos of the IJF Masters in Tyumen here: