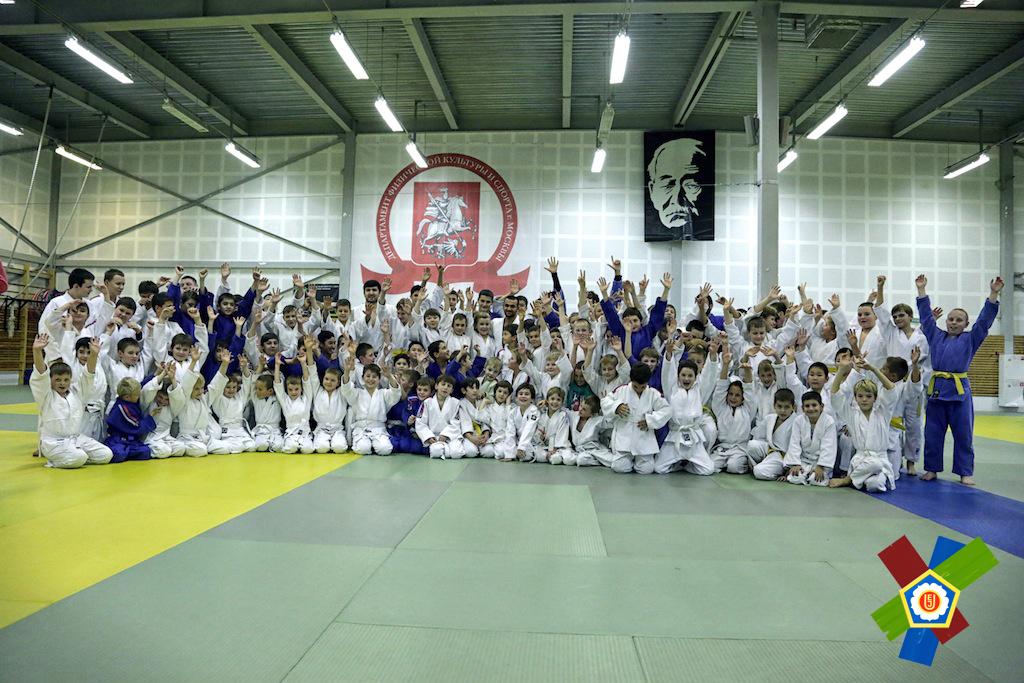 The 28th of October is the birthday of Jigoro Kano, founder of Judo and the Kodokan Institute. Since 2011 at this day a multimillion Judo Family celebrates the World Judo Day following the initiative of the International Judo Federation. Many events are held aiming to promote the values of our favourite sport.

In Russia winners of the London Olympic Games 2012 Tagir Khaibullaev, Mansur Isaev, and bronze medallist of World Championships 2014 in Chelyabinks Kamal Khan-Magomedov came to Moscow in honour of such festal day. Prior to their master classes in the Sports school, the Olympic champions paid a visit to the radio programme of Sport FM, where they congratulated the listeners with the Judo Day, spoke about the heroes of their childhood, and about the responsibility they feel after the victory in London. “We are pleased to give master classes to children and to share with them our energy, the will to win and the desire to succeed”, said Mansur Isaev. Tagir added: “Mansur and I, we feel responsible for young generation, we started to pay more attention to them and we are ready to share our experience” (link to radio programme http://sportfm.ru/news/detail/40734/ – in Russian).

Then together with Kamal Khan-Magomedov the three heroes visited the Sports School of Olympic reserve No 9 called “Shabolovka” where they congratulated cordially their younger colleagues, showed their best techniques and answered all the questions. Mansur Isaev noted that the children were asking smart questions and that it was a big pleasure to speak with them. There has been a truly festive and celebratory atmosphere in the school: young athletes felt inspired by the visit of champions and a possibility to speak with their heroes. Photo- and autograph session was an additional gift for young judo lovers.

The main topic of the World Judo Day this year is Honour. Our correspondents found out how young judoka correlate this value with their judo practice. “For me, Mansur and Tagir are the best examples of Honour because when they were at the summer Olympics they vindicated honour of Russia, of their native cities’. – explained us 10 year old Svetlana Kuldina. “Courage, Power, Bravery” is the definition of Honour given by a 6-year old Sasha. David, who is 17 year old, told us that “Honour is nobility and big heart, respectful attitude towards the traditions, elder people, your past, ability to be educated.”

Have a look at EJU Facebook site to learn more about the several activities in Europe dedicated to World Judo Day 2014 or visit http://www.worldjudoday.com

All pictures can be found in our photo section: http://www.eju.net/media/?mode=showEvent&id=1986