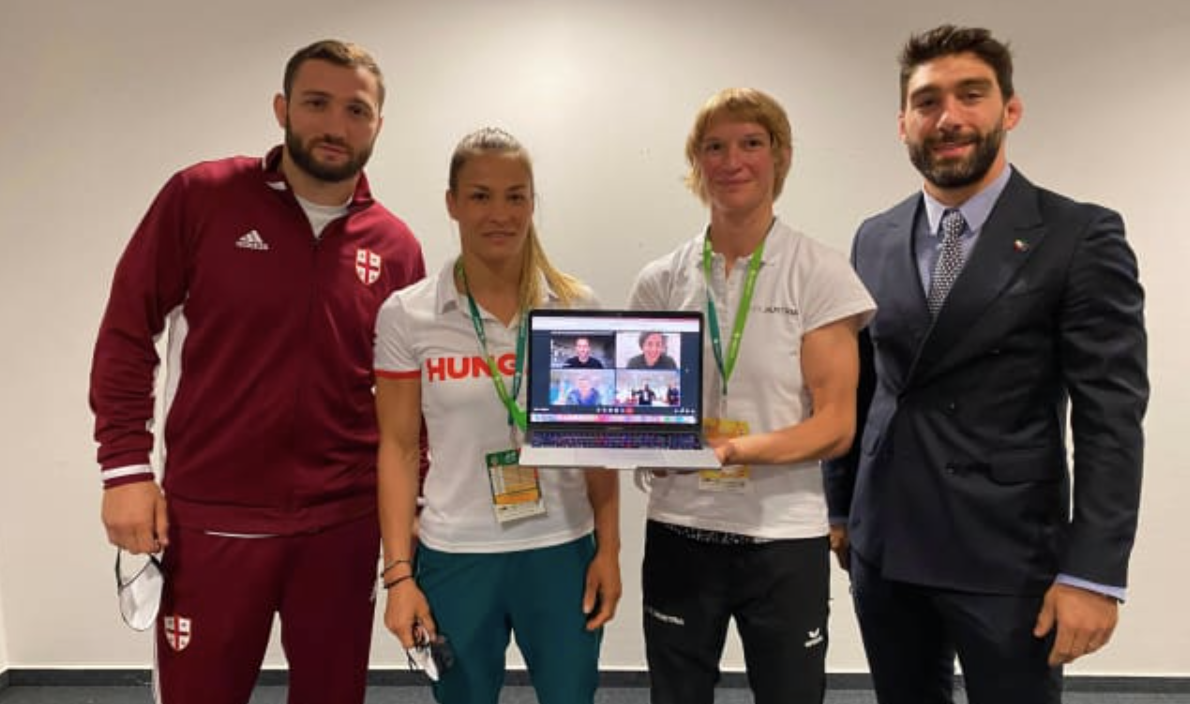 During the 2021 Senior World Judo Championships, the new IJF Athletes’ Commission was both voted for by the athletes and announced.

There were multiple European nominations that were then put forward to the athletes themselves, to declare who they would like to represent them during the next cycle.

The successful candidate from our continent was the 2017 world silver medallist, Matteo Marconcini (ITA).

I’m working for an agenda and I’m in touch with the chief member of the Italian federation to carry on new proposals. I’ve already got some new tips to suggest to our Chair, Filzmoser. Moreover I’d like to be present and listen to the requests by all the athletes. I hope we can cooperate as we are a great team, with big champions and sensible people who work for judo and for its improvement and spread. I hope that after the Olympic Games, the IJF will support us and provide the right means for good projects for athletes.

Referencing ‘Chair Filzmoser’ of course he means Sabrina of Austria. The two-time European champion and double world bronze medallist is very happy to be in this position and to represent her fellow athletes, speaking to us from a training camp right now!

Currently we are in Samorin, can’t wait to get out of quarantine, training together with more than 20 countries for our dreams and goals in Tokyo. Thank you for your appreciation about being elected as the chair of the IJF athletes’ commission As an athlete committee member I felt always responsible for bringing the input of athletes’ experience to the IJF.

To collaborate in different questions concerning technical rules, proposals and amendments for all different challenges, which all our athletes have to face daily, and to be in contact with athletes and bring forward their suggestions and remarks, will be an even more valuable task. Our team is highly motivated and eager to spread the philosophy of hard working athletes fighting for their dreams, but we can only realize it together!

The remaining elected members from the four other continents included;