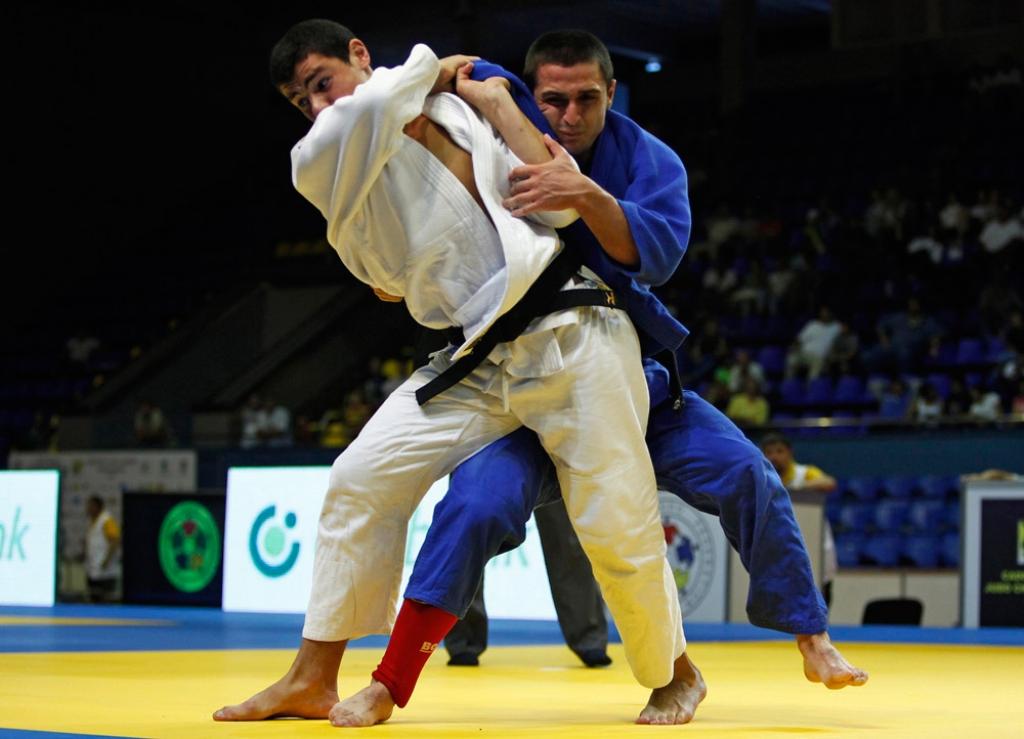 Georgia had a great day at the World Cadet Championships by taking both gold and silver in a Georgian final U90kg. Guram Tushishvili took the world title against Shalva Chocheli. Georgian Chocheli, who was by far the favourite, defeated Tushishvili at the Georgian National Cadet Championships as well as in the final of the European Cup for Cadets in Kiev in April. This time the 3 months older Tushishvili collected the world title. Chocheli also lost the European final against Glebs Talalujevs two months ago.

In the men’s heavyweight category Japan’s Kensuke Tasaki took the gold medal in the final against Ukrainian Sergii Zvieriev. Unfortunately for the homecrowd the Ukraine lost its third final, but still looking back to a great performance of the youth team.
Two Russians won bronze: Alexey Sapunov and European Champion Oleg Abaev who seemed to invincible this season. Abaev however lost to World Champion Tasaki.

In the young women’s U70kg category French Adeline Bordat. 16-Year Bordat defeated Japanese Mako Enda in the final. In the field a variety of nations from various continents with two Asians on stage and Ponce from Argentina. Top eight was completed by judoka from Kazakhstan, Mongolia, Australia and The Netherlands.