EUROPE TAKE ALL BUT ONE GOLD IN TBILISI 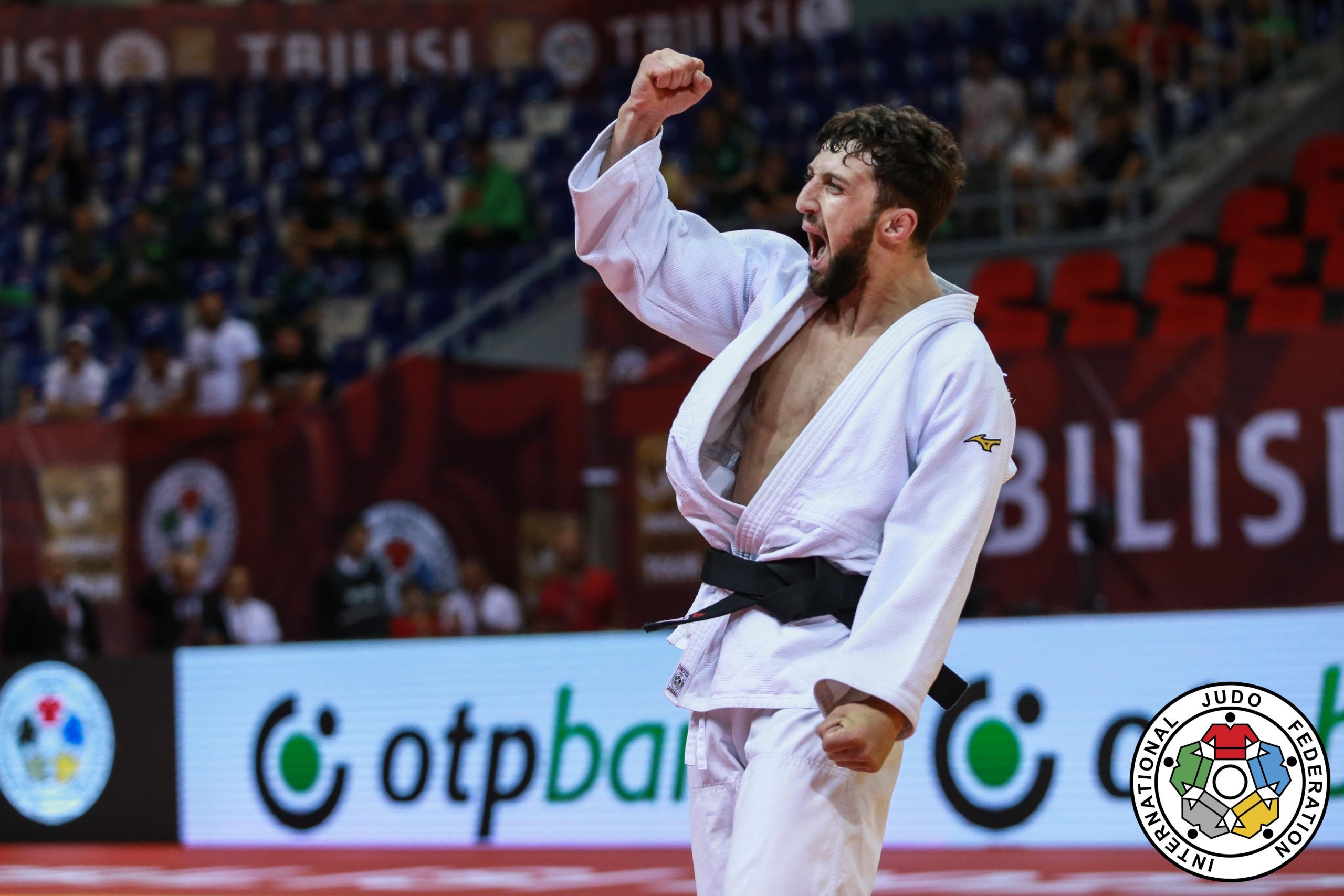 We were spoiled on day one of the Tbilisi Grand Slam 2022, the high level of judo was astounding, especially from the home team.

Number one seed, and likely the most experienced of the -48kg draw, Melanie LEGOUX CLEMENT (FRA) demonstrated why she was at the top of the draw today. From one contest to the next she found her stride and took the first French gold of the tournament, added to by Blandine PONT (-48kg) and Astride GNETO (-52kg), who both secured bronze medals, placing their nation second in the medal standings. It wasn’t such an easy ride for Legoux Clement in the final facing Laura MARTINEZ ABELENDA (ESP), the young Spanish athlete managing to turn a corner and improving on her past results, including a fifth place in Tbilisi last year.

The 2021 junior world champion, Giorgi SARDALASHVILI (GEO) surprised fellow Georgian and former senior world champion Lukhumi CHKHVIMIANI. In the first minute both secured a waza ari score but exactly half way through the contest the 18 year-old Sardalashvili won the contest with tomoe nage. It was clear devastation for Chkhvimiani, a sign of the time changing perhaps as a new wave of young men push through on to the IJF circuit.

This of course meant that the youngster was to face yet another team mate, Temur NOZADZE in the final. Arguably this was the contest of the day. The support of the crowd was incredible for both, appreciating the gymnastic, escape manoeuvres of both, but ultimately the gold medal went to the 2021 Tbilisi Grand Slam gold medallist, Nozadze following a sensational seoi nage technique that was strongly defended. No matter what, this was a win for the delighted home crowd and more so for Nozadze who clinched the title for the second time in as many editions of the event.

Distria KRASNIQI (KOS) was out for revenge today in the final against PUPP Reka (HUN). In their previous head to head it was Pupp that claimed glory, but there seemed to be little hope of a repeat. Immediately the -48kg Olympic medallist was in control of the contest and by dominated the grips she attacked with o soto gari to score waza ari and transitioned in to a hold which the Hungarian was unable to escape from, resulting in gold for Kosovo.

I’m feel great and very happy, feeling good in my new weight category. I have been on the podium in all of the competitions in -52kg except the first one [she laughs], I learned a lot from this and I feel better day by day, analysing my new opponents. I am feeling stronger so I know where my focus is, even if I lose sometimes I don’t get too stressed about it. I learn after each competition from the mistakes I made, even if I won, like today I know I made mistakes at the beginning so I will go home and work to improve and build upon it. I really enjoy what I do! Up next for me I think is the Mediterranean Games and certainly looking forward to the world championships, we are training very hard for it!

Unfortunately for the home crowd they didn’t get the opportunity to cheer on their representative Giorgi TUTALASHVILI in the -66kg final against European bronze medallist Denis VIERU (MDA) as the Moldovan walked out solo. They did however support Vazha MARGVELASHVILI (GEO) in the bronze contest against Brazilian, LIMA which was finished by the Georgian in tremendous style. It was in fact Tutalashvili who defeated his team mate and Olympic bronze medallist Margvelashvili in the semi final.

Prior to the senior European championships in Sofia, Vieru had been cleaning up, winning three gold medals in a row on the IJF circuit and once again he seems back on track.

Though it wasn’t to be for the number one seed, Eteri LIPARTELIANI (GEO), she still managed to pick a hard-fought bronze medal. Instead the European favour went to Pauline STARKE (GER). It was a hard task to defeat Priscilla GNETO (FRA) in the semi final but she came here to do a job and following her performance in Sofia, defeating Telma MONTEIRO (POR) in round two, and taking 5th place overall, we were sure there would be good to come for her.

She fought her way to the final and eventually took a galant silver medal against HUH Mimi (KOR).