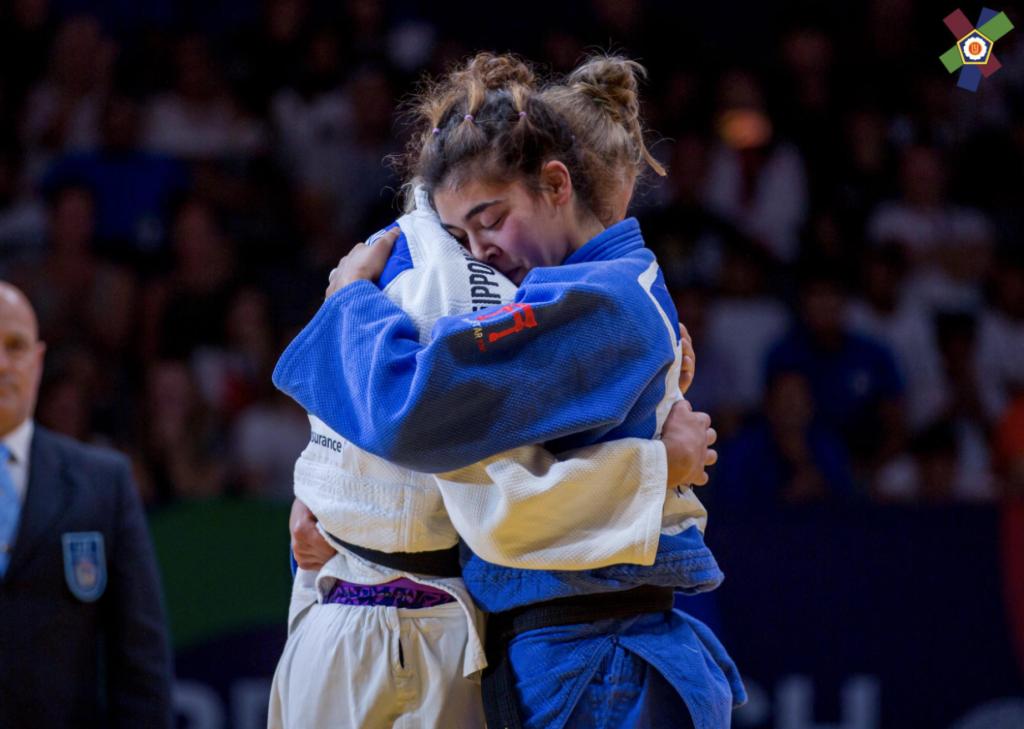 Though the Europeans had to face defeat at the hands of the heavy weight Japanese athletes, they fought to the bitter end, taking back to the continent ten of the sixteen medals available today. There were some surprise early exits but blinding performances from those stepping up from cadets and the older junior athletes who are saying goodbye to their junior careers and officially becoming senior judoka.

The standard of judo was high today from the very beginning, the #1 seeds evenly matched in their first round contests and some even leaving the party early. The #1 seed in the +100kg category and the current Junior European Champion, Gela ZAALASHVILI (GEO) was taken out by the eventual Champion MATSUMURA Sosuke (JPN) within the first thirty seconds of contest, much to his own dismay and that of the Georgian team who had been so successful this week. Though Saba INANEISHVILI managed to make it through to the second round, that is where his journey ended as SIPOCZ Richard (HUN) defeated him for a place in the semi final.

SIPOCZ went in to the semi final with the intention of meeting MATSUMURA in the final but Erik ABRAMOV (GER) got in his way. Within 37 seconds, ABRAMOV executed two scoring techniques to put himself in to the semi final, and SIPOCZ in the position to fight for bronze. The semi final must have motivated the Hungarian to act with speed because his bronze contest lasted a mere 22 seconds, an uchi mata and ippon score gave him a place on the Junior World podium. ABRAMOV had good control of his final contest against his Japanese opponent but found himself unable to find an answer and instead found himself watching the clock count go up as he was held in osae komi. It may have been a bitter sweet ending but it was an improvement on his bronze medal result of last year.

Fortunately, not all was lost for the Georgian team as they still had current -100kg Junior European Champion, Ilia SULAMINADZE in the running and with his nimble judo in this heavy weight category, soared right on through to the final against KAMIGAKE Kazunari (JPN). In a truly sensational final, both were evenly matched before the Japanese put a waza ari on the board and with only 3 seconds left on the clock, SULAMINADZE evened the score. As the crowd exploded with delight at the explosive contest, it wasn’t long before KAMIGAKE found a second opening and took the World title. It was a fight to the end but the Georgian will undoubtedly be back as he is only 18 years old!

Taking the two bronze medals in the -100kg category were VEG Zsombor (HUN) and Mert SISMANLAR (TUR). Both athletes showed tremendous spirit and came back during tough contests to reach the final block. VEG was in fact put in to the repechage by the Turkish athlete whereas the latter lost in the semi final to KAMIGAKE. The pair have similar judo styles and had preference for uchi mata which eventually gave them their hard earned bronze medals and a place on the Junior World stage. 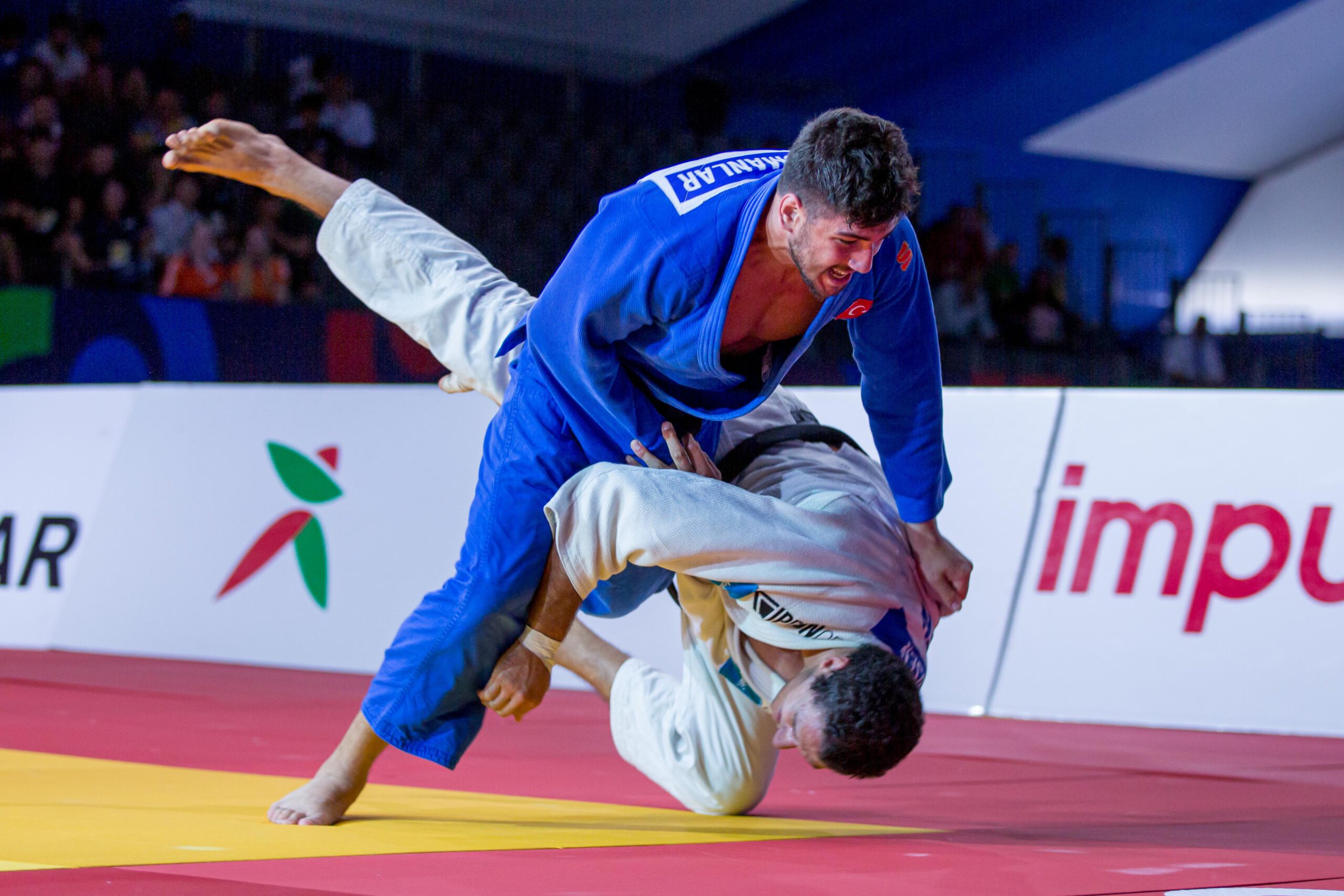 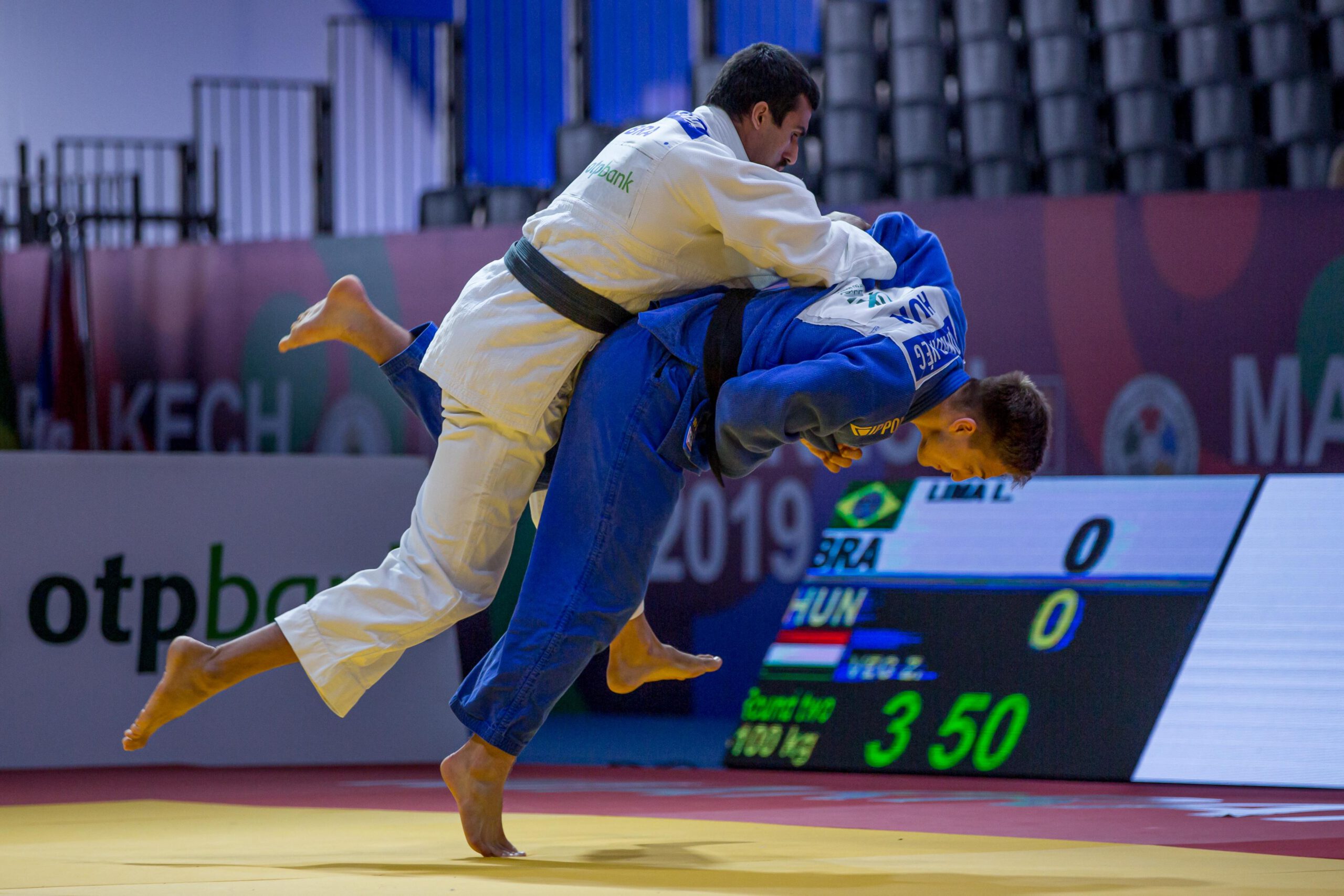 In the -78kg category, another three medals were take by Europe including; Netherlands, Portugal and Germany. The favourite and current Junior European Champion today was Patricia SAMPAIO (POR), but she seemed unable to match the pace of the eventual silver medallist, Renee VAN HARSELAAR (NED) which sent her to the bronze medal fight. VAN HARSELAAR put on a great fight today, not only against SAMPAIO but her previous and last opponents as well. The dutch athlete faced Japanese, WADA Rinoko in a battle for the gold medal, and although she gave it her all, WADA was able to put a waza ari on the board and watch the clock run down.

Though the semi final didn’t go to plan for SAMPAIO, she made sure to take home the bronze against Petrunjela PAVIC (CRO) with an ippon scored just before the 2 minute mark. This will be her last year as a junior and will be a permanent fixture as a senior in the future, and it is already looking bright for the Portuguese. Another medallist joining SAMPAIO bidding farewell to junior competition was the second bronze medallist, Christina FABER (GER). During the day FABER had used her great long limbs as leverage for her o goshi staple but in the final worked on controlling the grips and countered an overstretched attach from 18 year-old Russian youngster, Daria KARIAKINA. 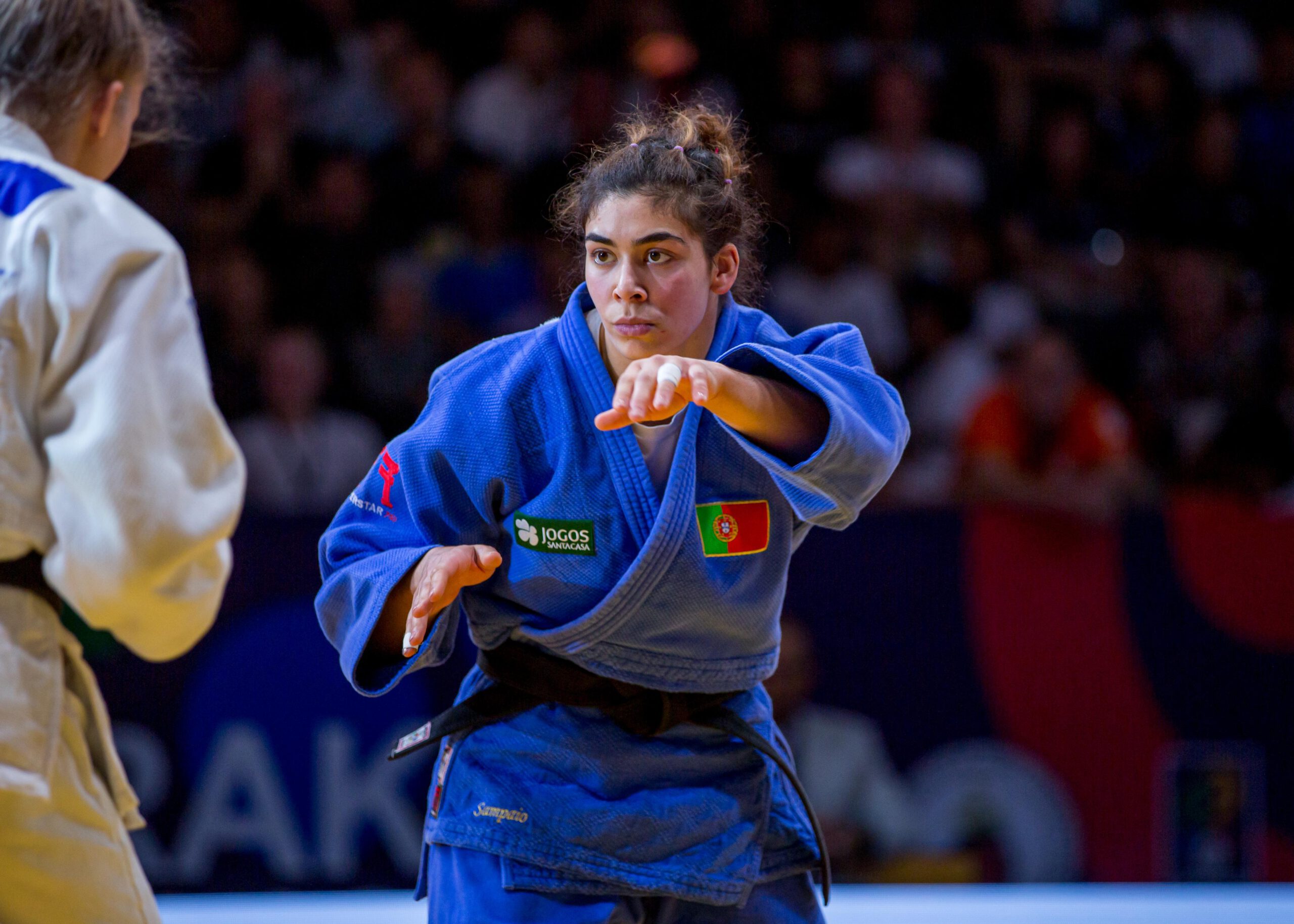 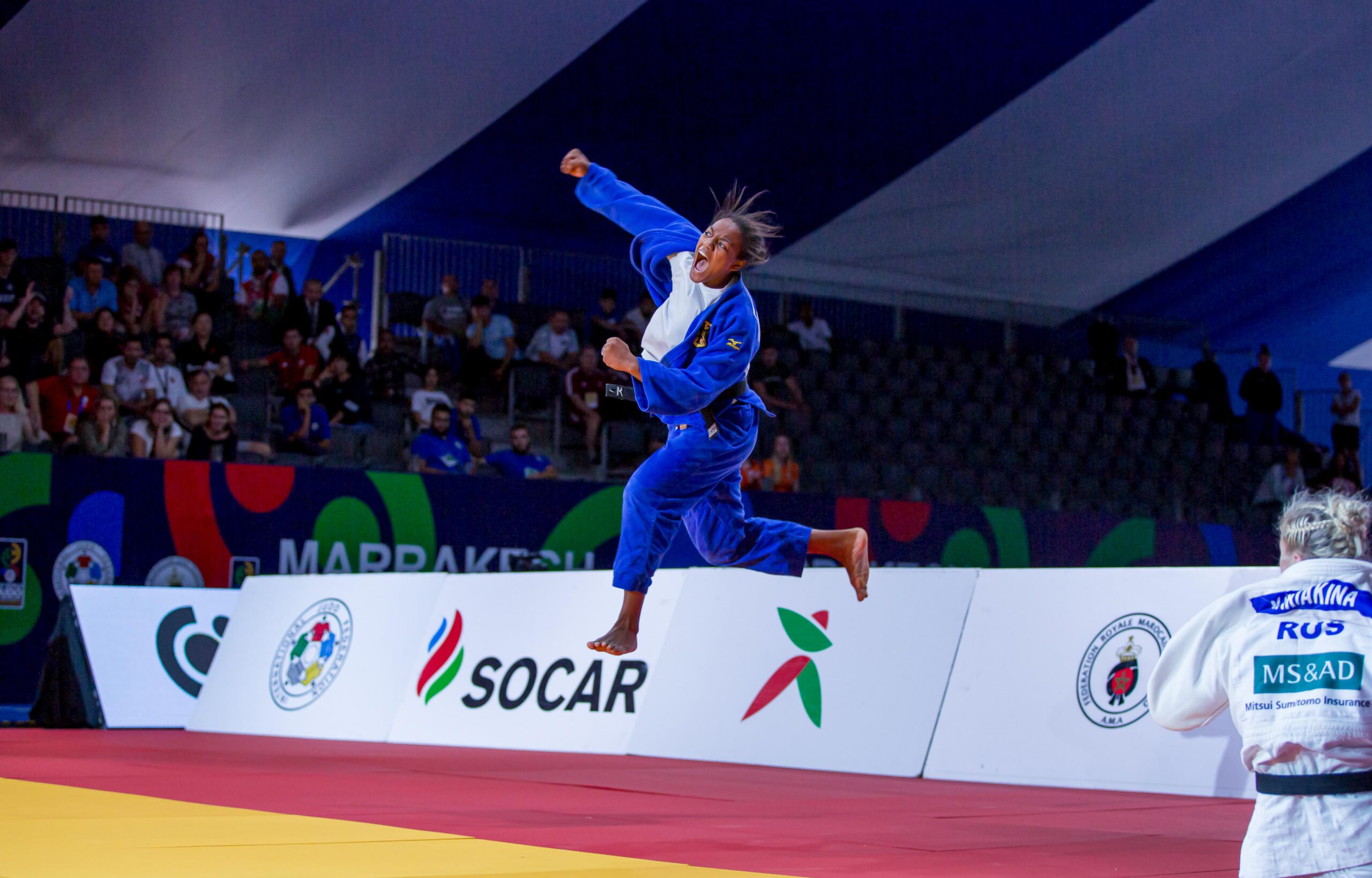 The +78kg category saw an all-French bronze medal match between the current Junior European Champion, Lea FONTAINE and Tahina DURANT, both only 19 years of age. Though many assumed this would last for some time given the athletes hail from the same country, DURANT didn’t want to allow the time and finished the contest in a minute and a half scoring ippon with an o soto gari, leaving her elated and the first to take a medal for Europe in this category. The second bronze medal went to Marit KAMPS (NED). Unfortunately, she wasn’t so lucky and saw the full four minutes of the contest, scoring a waza ari with harai goshi mid way through. Her opponent, Kubranur ESIR (TUR) did not want to give up easily and the battle earned the pair two penalties each, but the Turkish judoka was unable to come up with a score, awarding KAMPS the medal. 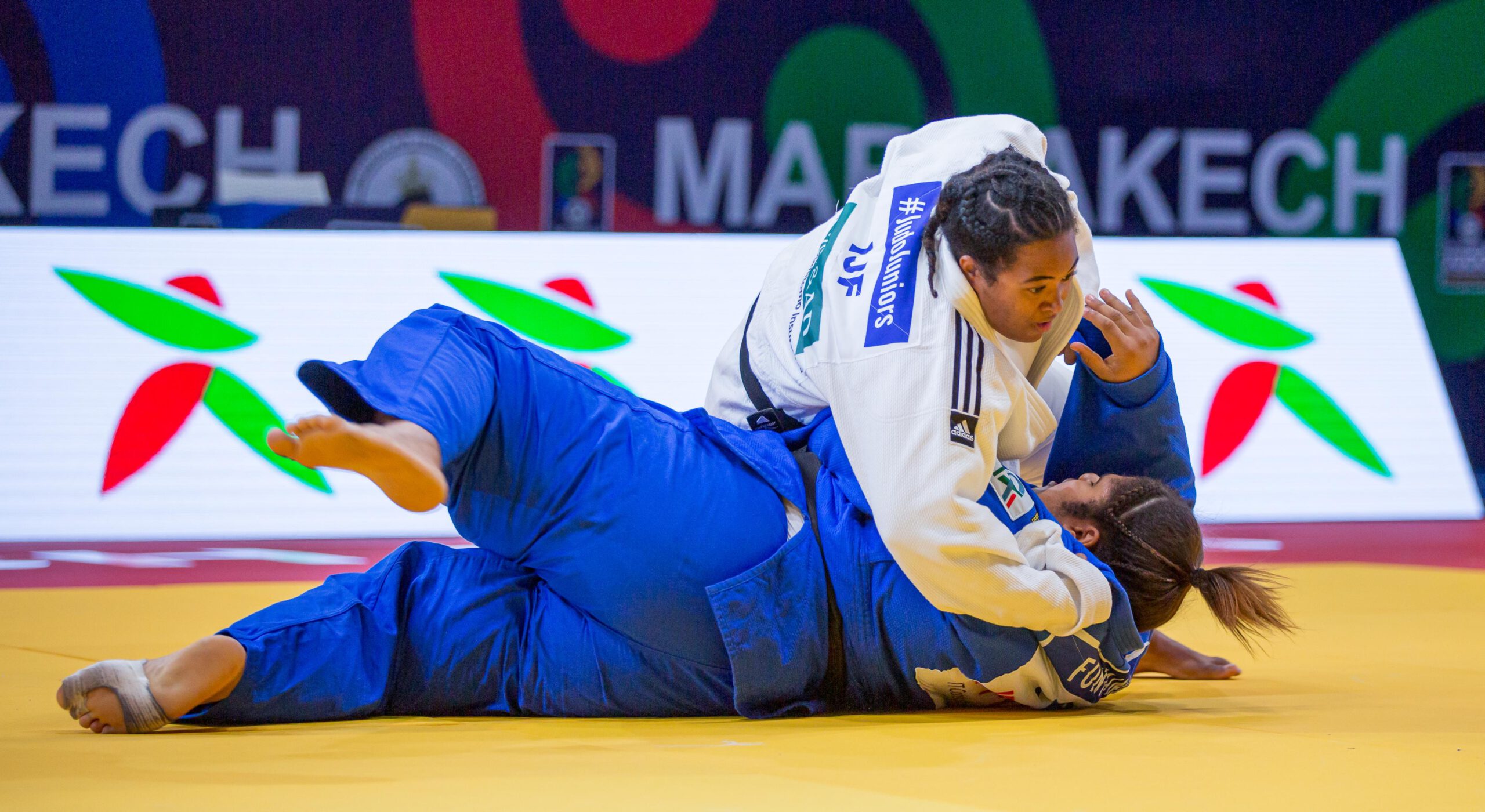 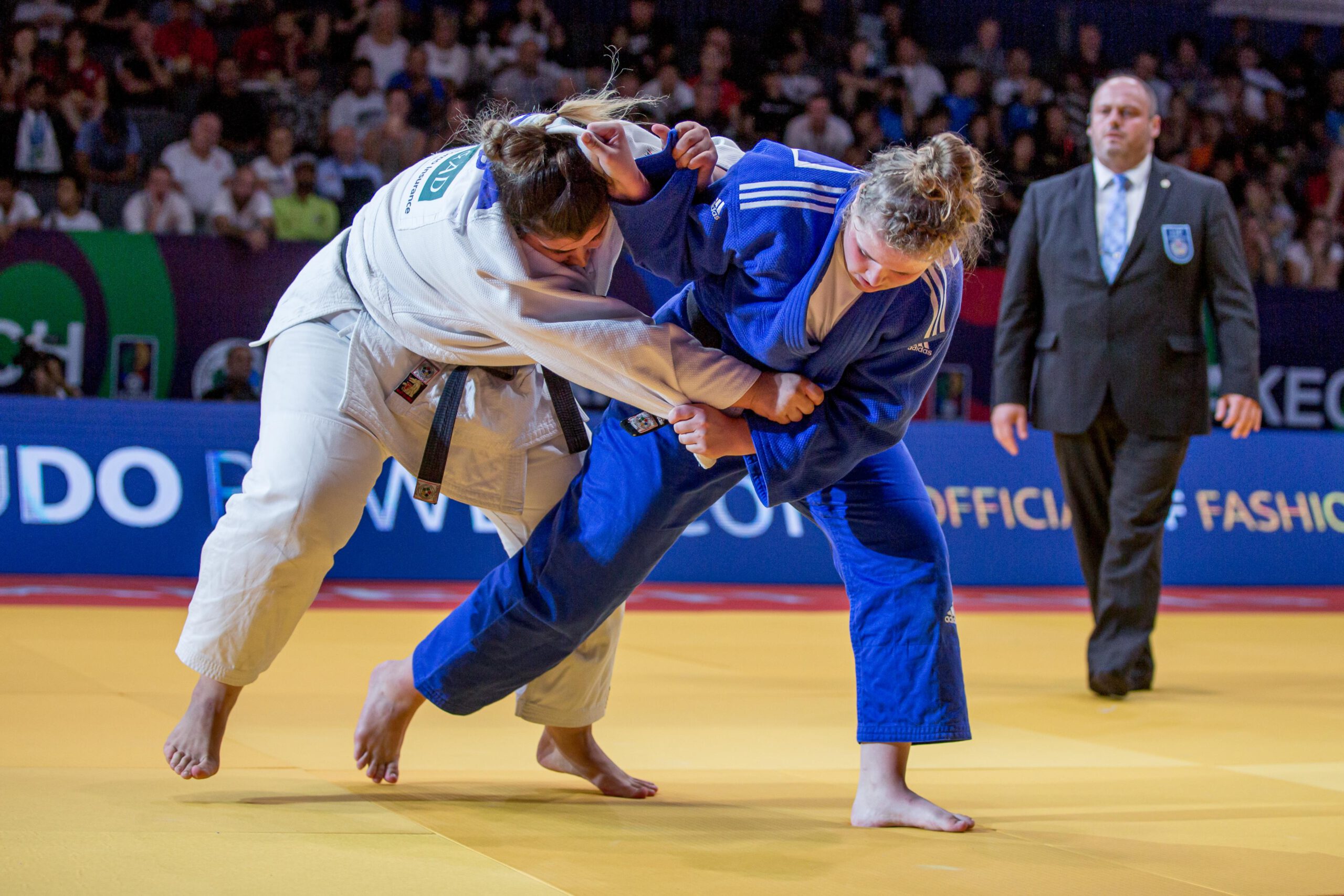 Though the individual competition is over, the mixed teams event will begin tomorrow and as always, bring with it an amazing atmosphere and judo spirit, but will Russia manage to carry on their Junior European Championships success and take the World title as well, could Japan follow in their senior counterparts’ steps and be the gold medallists or is there an underdog waiting to snatch the glory? 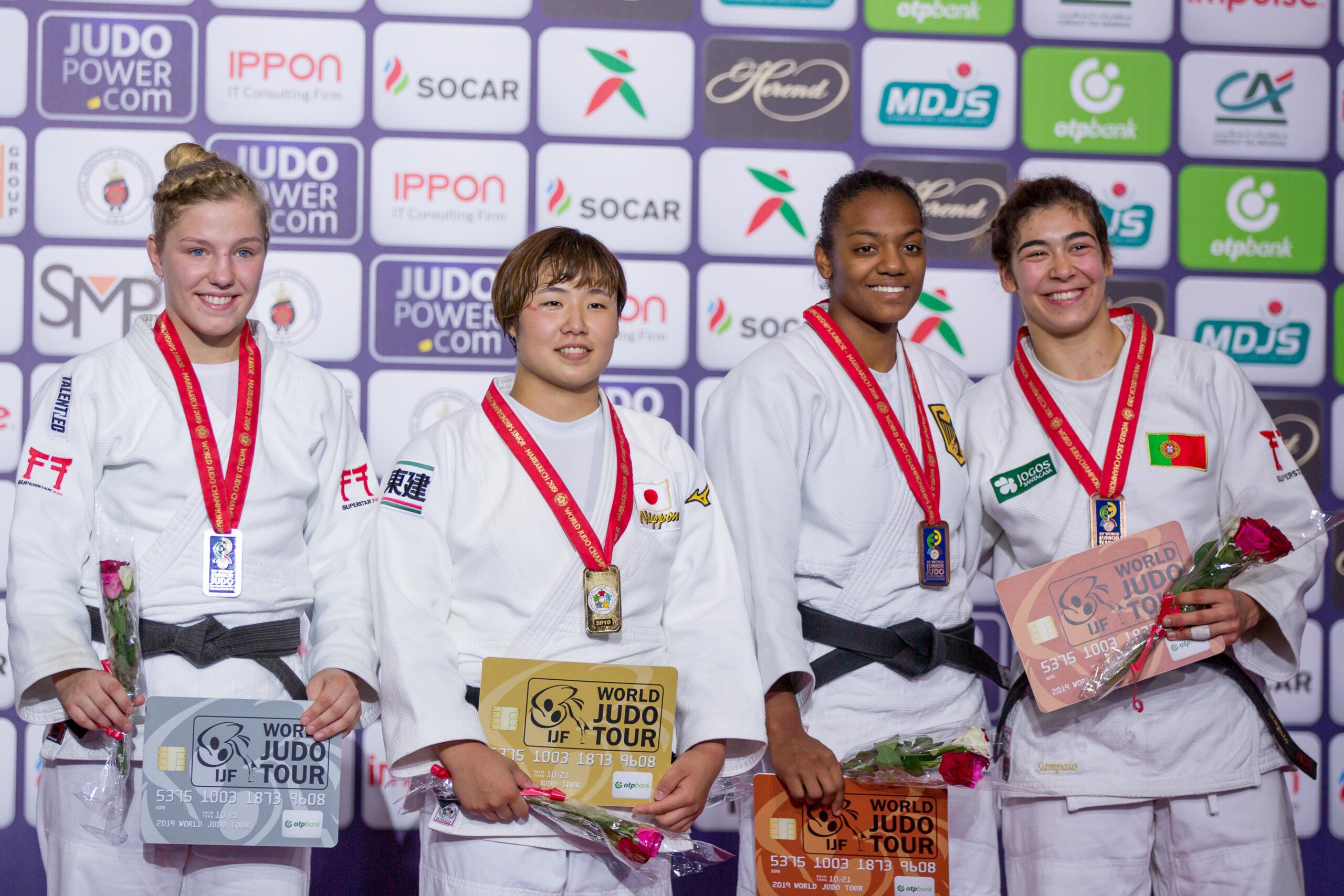 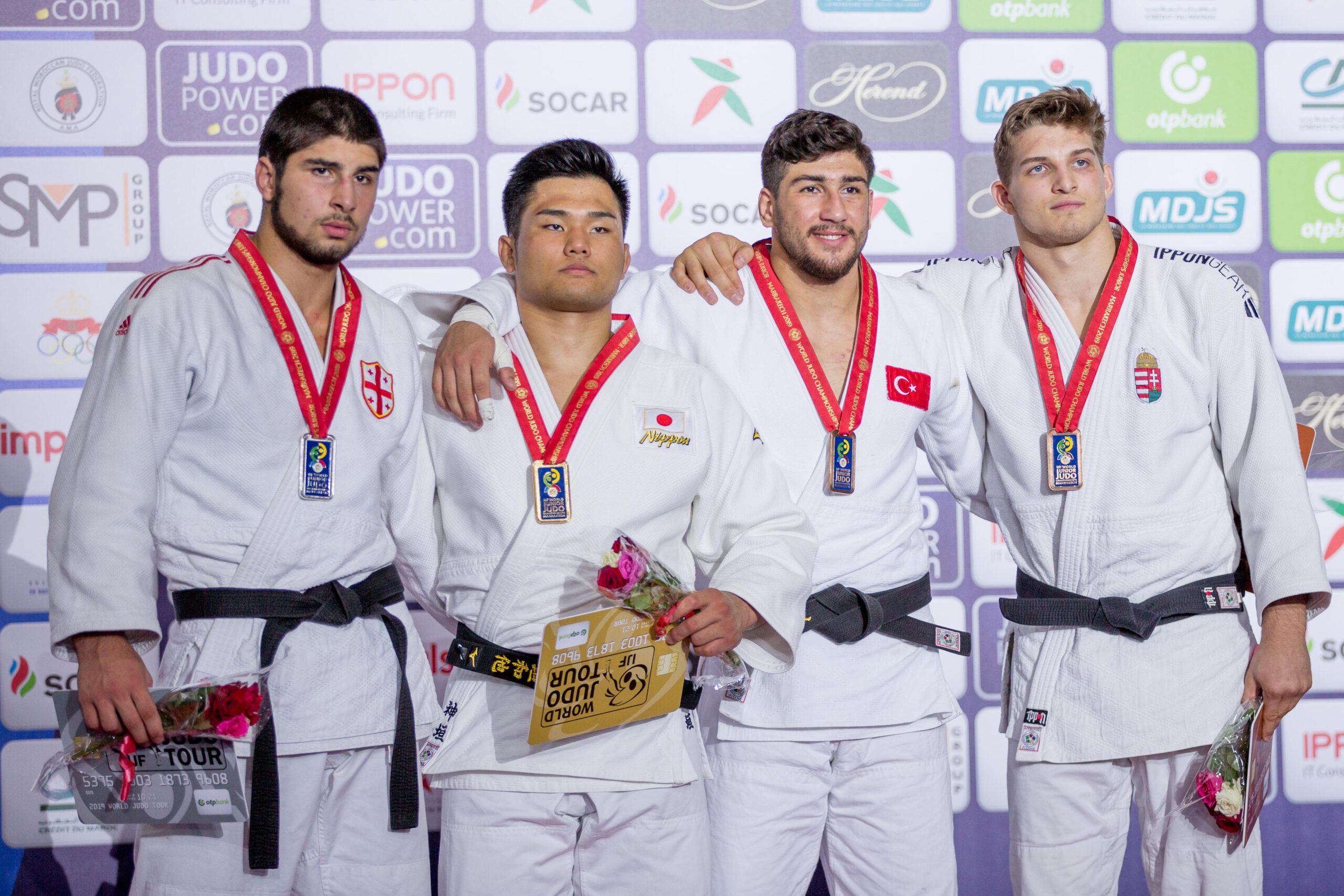 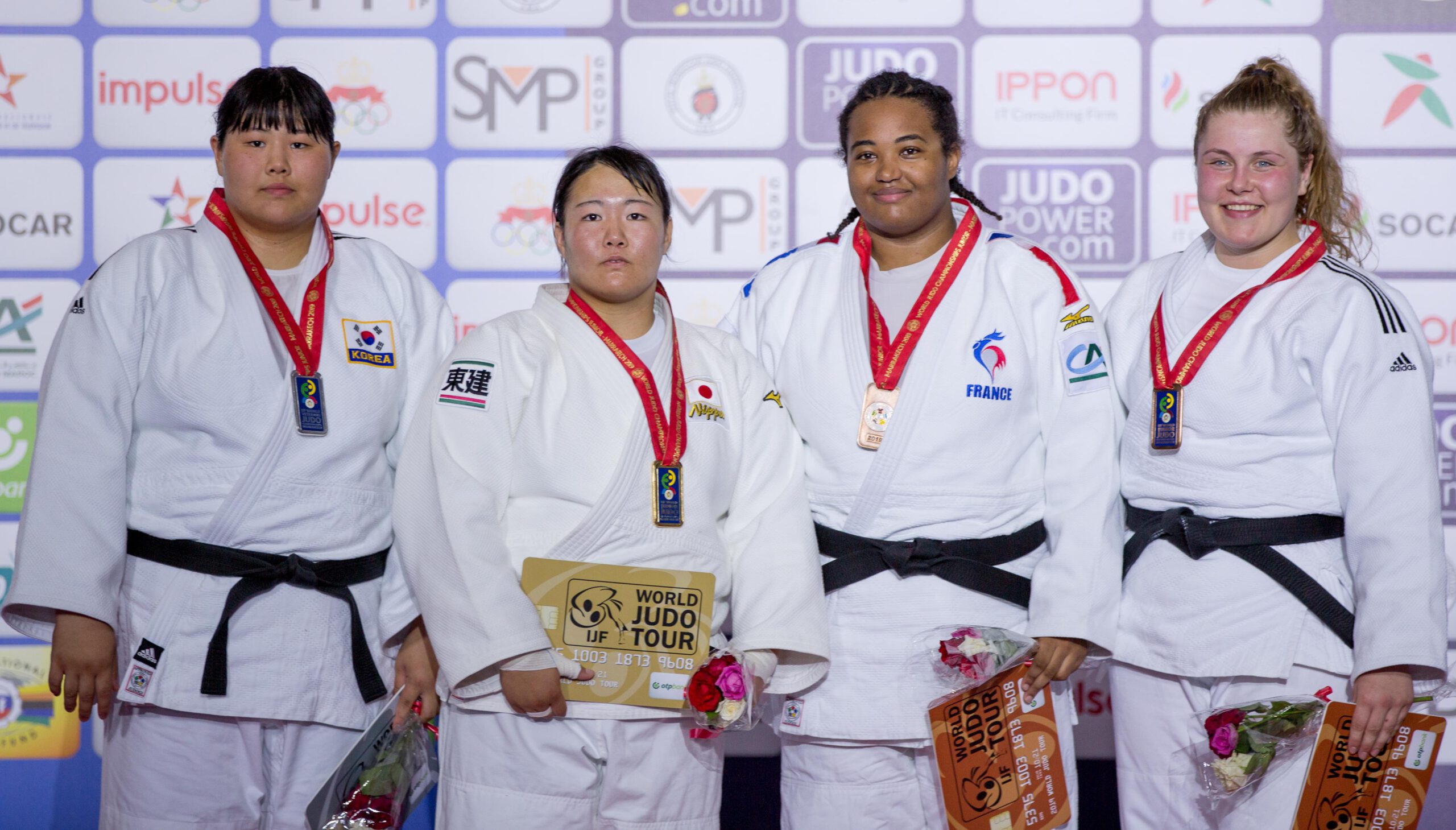 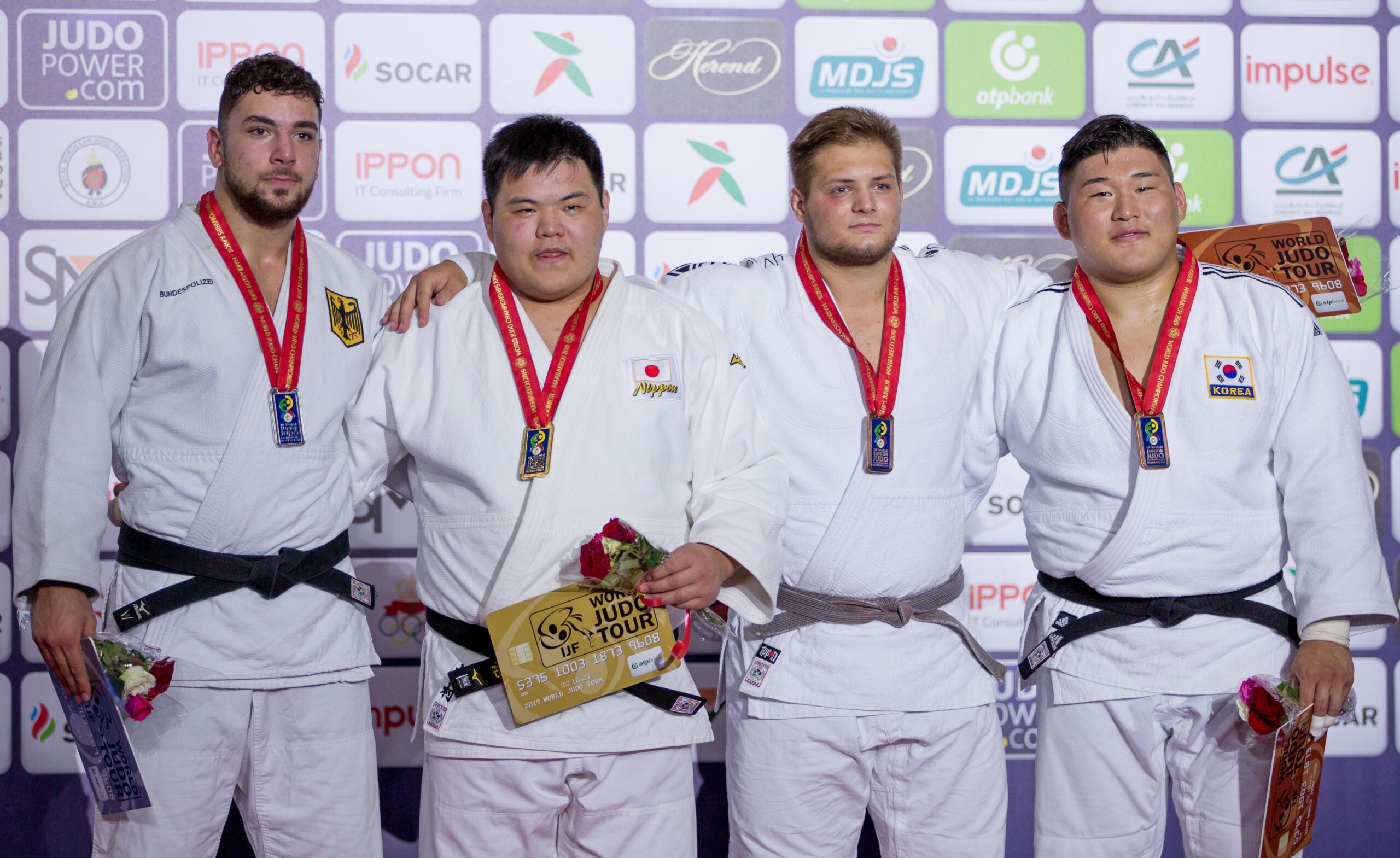