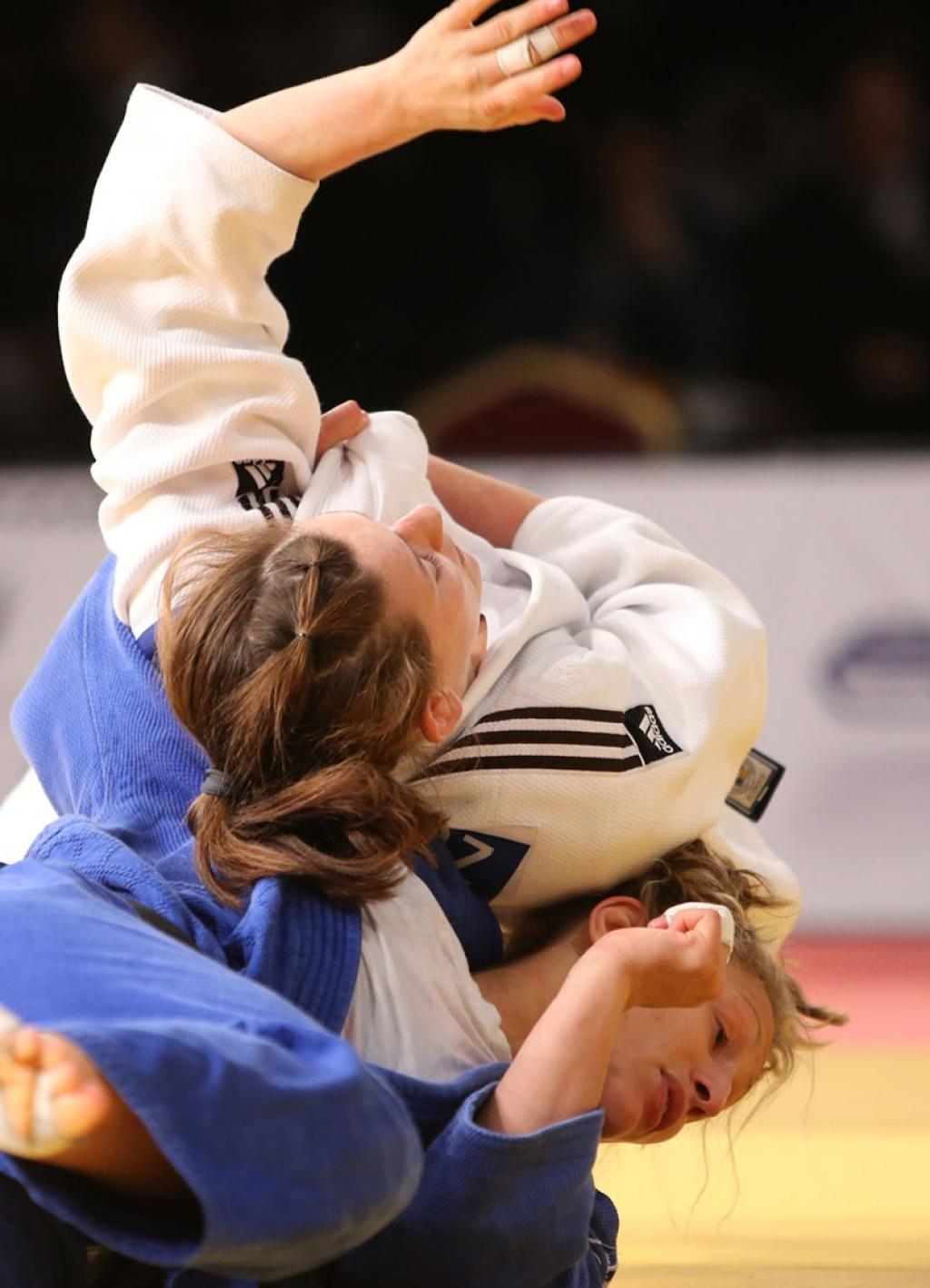 The last contest of the match would decide the medal tally of the Grand Prix of Abu Dhabi. The event was led by Russia until the last match when David Moura had to challenge Masaru Momose of Japan. Moura could have taken the decisive title for Brazil but it was Momose who awarded the victory to Russia and most important to himself and Japan’s first gold medal.

The first gold medal in Abu Dhabi (UAE) was for Brazil where 131 participants gathered from 27 nations. Gabriela Chibana was the first surprising gold medallist U48kg at the first day. She defeated Belgian Amelie Rosseneu who’s in a good shape. Majlinda Kelmendi won her first international tournament for Kosovo, a historic victory for the first time recognized under the Kosovo flag. At previous events all Kosovarians had to fight under the IJF flag which was already quite a progression on itself.

U57kg Helene Receveaux was the best in the final against Austrian talent Tina Zeltner who has a good year, but it was Receveaux who booked her second victory in a row after winning the World Cup in Rome.
Austria did good business anyway with the powerful victory of Kathrin Unterwurzacher on the second day U63kg. She clearly defeated Maelle Di Cintio (FRA) in the final. Brazilian Maria Portela took over Bernadette Graf’s attempt strongly by an ura nage and took the gold U70kg.
30-year old Canadian Catherine Roberge is still hungry and won her second event in a row as well. Emilie Andeol won the plus category against Maria Suelen Altheman (BRA).

In the men’s division Beslan Mudranov (RUS) was the strongest U60kg. Nijat Shikhalizada (AZE) won U66kg against Rishod Sobirov who swapped weight category compared to his usual category U60kg. The same counted for Miklos Ungvari (HUN) and also he couldn’t defeat Murat Kodzokov (RUS), who always fights U73kg. Although the final was a narrow victory for Kodzokov.

Where Sirazhudin Magomedov was expected U81kg given his history and form on the day, it was Victor Penalber (BRA) who surprised the Russian with a splendid point and won the gold for Brazil.

Now it was up to David Moura to take the victory to Brazil, but it was Masaru Momose who slammed Moura to the ground with an excellent arm throw and left the team victory to the Russian team.

Europe won 24 medals and nine gold medals including a historical victory for Majlinda Kelmendi of Kosovo.

Review the results of the event here: