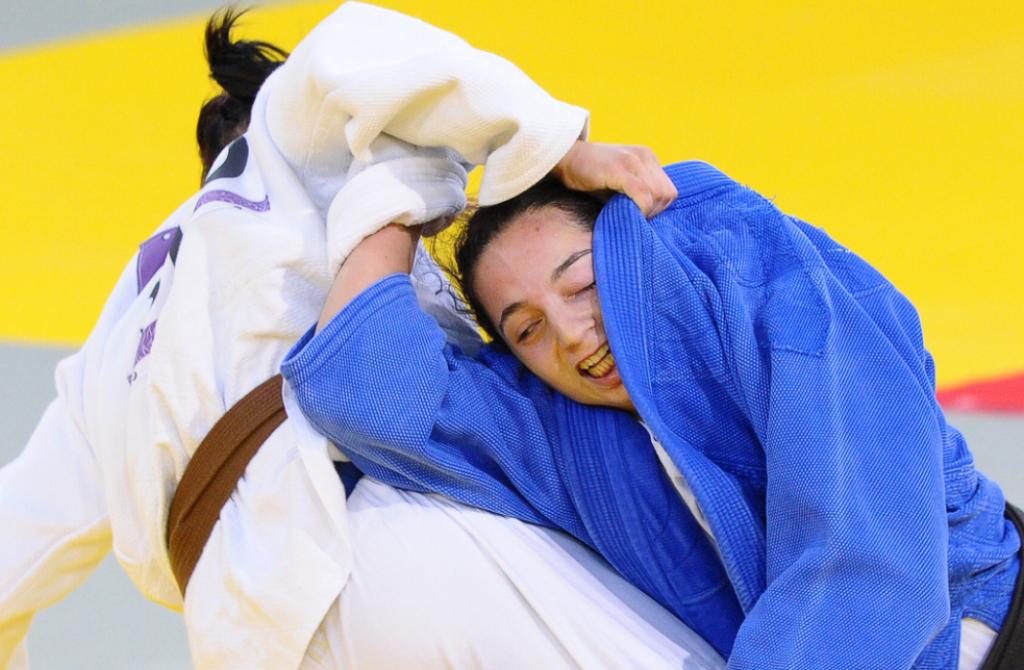 Belgian Lola Mansour believes she is taking home the best possible memento from the Youth Olympic Games; a gold medal.

Mansour ended the girls’ judo events when she defeated Germany’s Natalie Kubin with a Yuko in the golden score in the U78kg category.

“I came for the gold so I’m bringing a good souvenir from Singapore, said Mansour, who had already beaten Kubin earlier this year.

“It was a really difficult match because my rival had studied me pretty well. I knew I had to score a lot of points to beat her. It was impressive. I am very happy.”

In fact, Mansour scored no points until seven seconds before the end of the golden score. From the beginning she was positive. Just after the draw last week, she knew she was in a tough group of rivals, but was already focussed to win the gold.

German’s Natalia Kubin had reached the gold medal match with impressive performances in her earlier bouts.

“In one hour I probably will be very happy about the silver medal, right now I am not,” she said. “I just lost my concentration for a fraction of a moment and this was when Mansour came through with this attack.”

Kubin had won her first two matches by ippon (full point) within 20 seconds.

“At the beginning of a competition there is always some nervous tension which goes away the longer you fight,” the German said. “Eventually you are too tired to be nervous. I could feel in the gold medal match that I was not there yet.”

One bronze medal went to Urska Potocnik (SLO) who seemed to be surprised by her success against Melva Marina Tobar Calderon (GUA).

“I had never met her so I did not know her much. I did not even expect to win bronze.”

The second bronze was a significantly tougher contest. Una Svetlana Tuba (SRB) seemed to have sealed victory but with 17 seconds left, the bout was turned around and Kseniya Darchuk (UKR) scored an ippon (full point).

“I cannot believe I have managed to win, it is a miracle,” said Darchuck. “Although I was anxious before the bronze bout, my mood was very good. It was for the first time I have applied this difficult kind of technique (Yoko guruma) to be able to win by ippon.”

Tuba will leave Singapore with a lesson learned. “I attacked in the wrong way and she counter-attacked and dropped me,” she said. “What I have learned? When you are winning you should not attack.”