Europe takes more than 50% of all Olympic medals so far 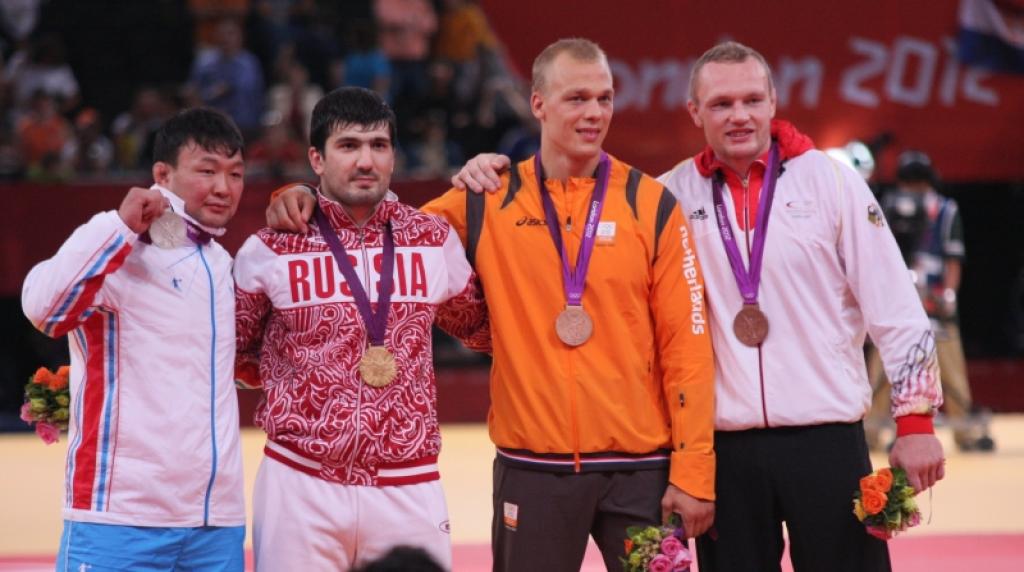 Again a tremendous success for Europe at day 6 of the Olympic Games in the ExCel in London. At least a European finalist when Tagir Khaibulaev (RUS) and Dimitri Peters (GER) have qualified for the semi final.
Maybe even more chances for European medals as in the repechage three out of four athletes are from Europe. The other semi final will give an Asian finalist between Hwang Hee-Tae (KOR) and Naidan Tuvshinbayar (MGL), the reigning Olympic champion.
This category is a true surprise where favourites such as Maxim Rakov, Darwish, Correa and foremost Anai were defeated.
In the women’s U78kg category British Gemma Gibbons is doing a marvelous job and survived a poule with Akari Ogata (JPN), Lkhamdegd Purevjargal (MGL) and Marhinde Verkerk (NED). Gibbons defeated Purevjargal in a narrow escape after she was penalized but 12 seconds before the end the responded the only right way destroying her Mongolian opponent to claim the victory.
Gibbons is on her way for the best British Performance in judo in six days. In the semi final she will meet with World Champion Audrey Tcheumeo, so 100% European finalist. The other finalist wil come from Pan America as Mayra Aguiar (BRA) and Kayla Harrison (USA) will fight eachother.
So far a tremendous success for Europe with 22 medals out of the 40 available after 5 days. What a progress for Europe. Four years ago after five days Europe had 11 medals, so 100% more.