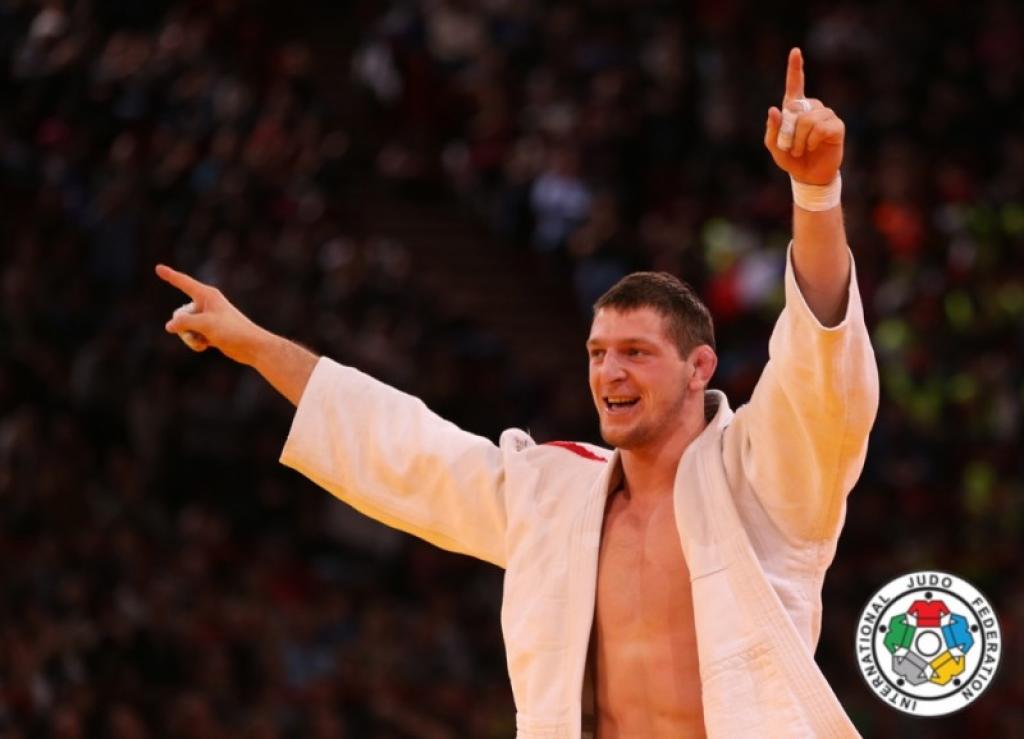 Some major changes at the latest release of the World Ranking bij the World Judo Federation IJF. Lukas Krpalek won the Grand Slam U100kg for the first time in history. He is the first to lead the World Ranking for his country. He took over the first rank of Ramziddin Sayidov (UZB). Krpalek jumped from the 12th position to the highest rank.

France can be satisfied with four leaders at foru categories. Obviously Teddy Riner leads the beginning of the previous Olympic cycle. Lucie Decosse was leading the ranking for a lomg time as well and since this weekend David Larose (U66kg) and Automne Pavia (U57) captured the first position after their victory in Paris.

It is for the first time since 19 December 2011 that France counted four leaders. In that period, after the successful World Championships in Paris also Gevrise Emane (U63) and Audrey Tcheumeo (U78) were leading.

Georgia greets Varlam Liparteliani as new leader U90kg. He passed Asley Gonzalez after he won the final against the Cuban in Paris. Liparteliani is the second high ranked Georgian, although Lasha Shavdatuashvili left his position due to the victory of David Larose U66kg.

Urska Zolnir is still leading the category U63kg which gives Europe seven leading judoka. The best position since the previous Olympic Cycle when the IJF World Ranking was introduced in this points system.

Download the World Ranking in our service links in our homepage and check our Facebook page with Lukas Krpalek as new leader.

Three other winners last week in Paris made serious jumps. Dutch talent Kim Polling who surprised Olympic Champion Lucie Decosse U70kg gave herself a top 5 position with her devastating performance. Clarisse Agbegnenou (FRA) was 15th last week and is ranked third after her victory at Bercy, even one position higher than World Champion Gevrise Emane. Her compatriot Lucie Louette was even ranked 20th and mingled in the top 5 U78kg in the latest IJF Release, a great birthday present after her first victory in Paris.